The Grand Canyon is a massive canyon carved by the Colorado River, stretching mainly east-west across northern Arizona.  The area occupied by the Grand Canyon is enormous, making north-south travel corridors impossible to establish across the western half of northern Arizona.  The South Rim is heavily developed and heavily visited, to the point where accessing anything in the park requires the use of shuttle buses.  So many individual cars crowded the roadways that travel became impossible around the South Rim and its amenities; therefore, a bus system was established to consolidate people's trips and take vehicles off the park roads.  The North Rim is also visited, but amenities there are few. 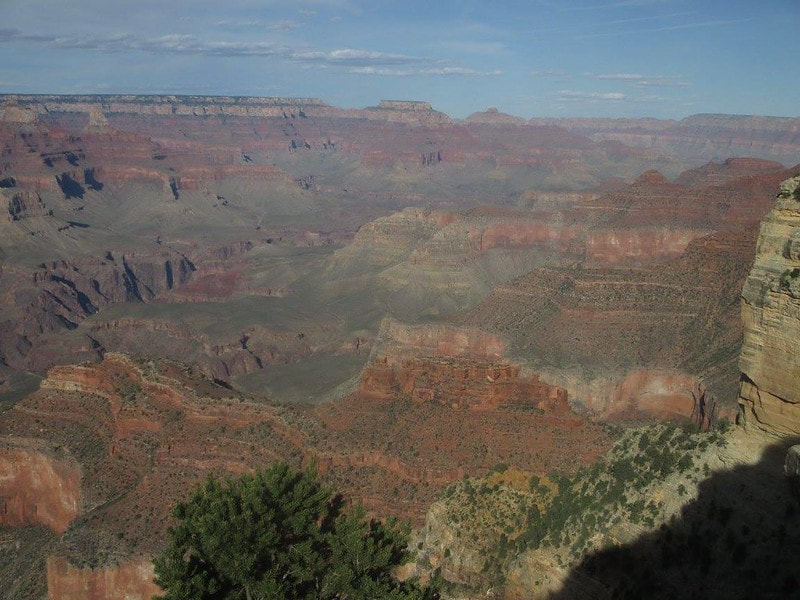 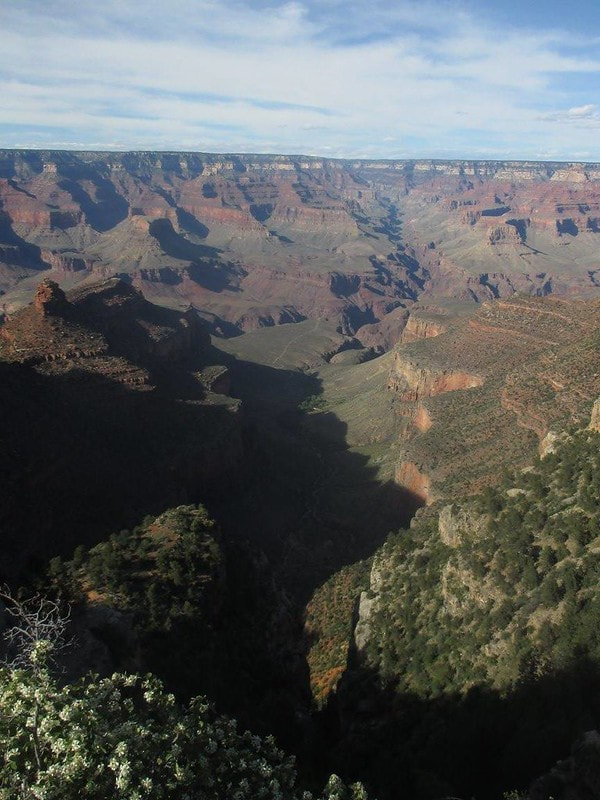 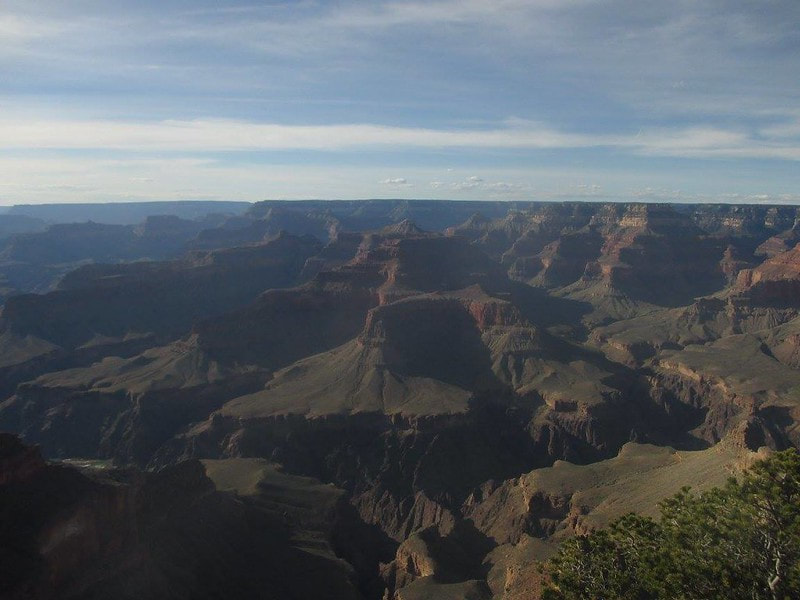 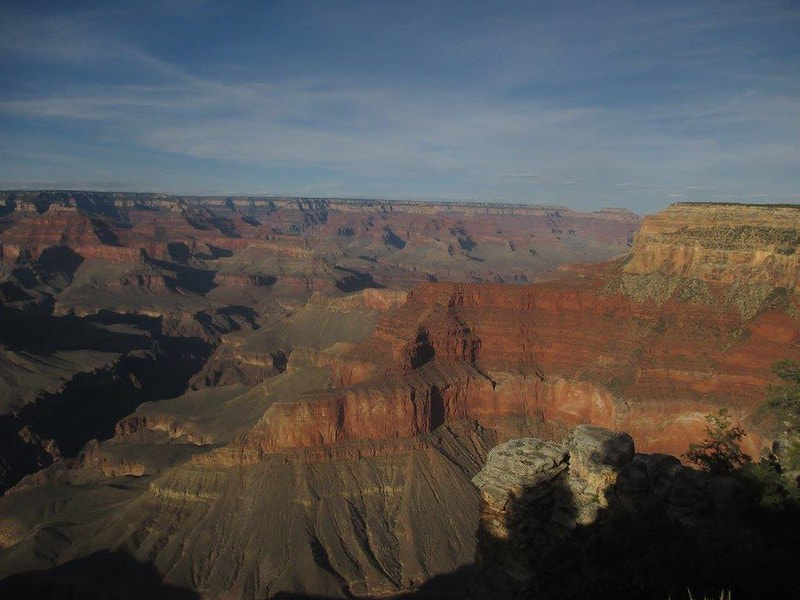 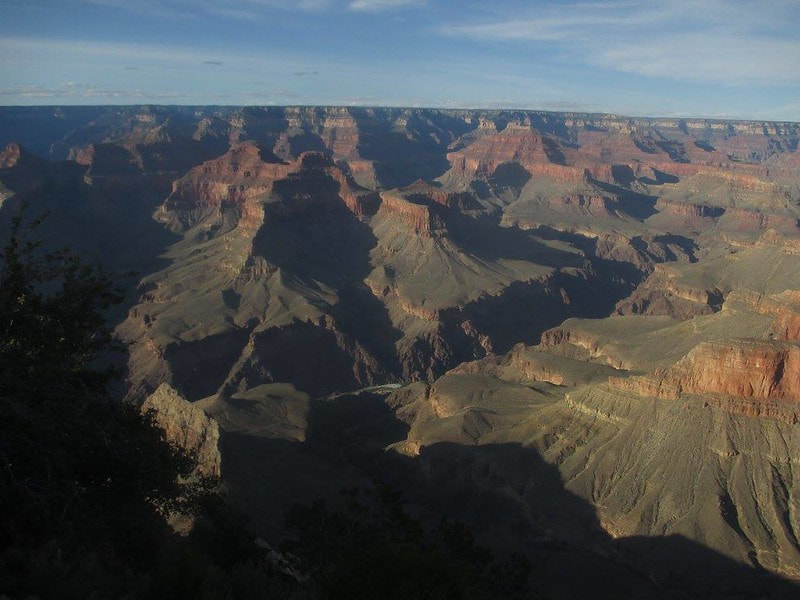 In this shot, you can actually see the waters of the Colorado River: 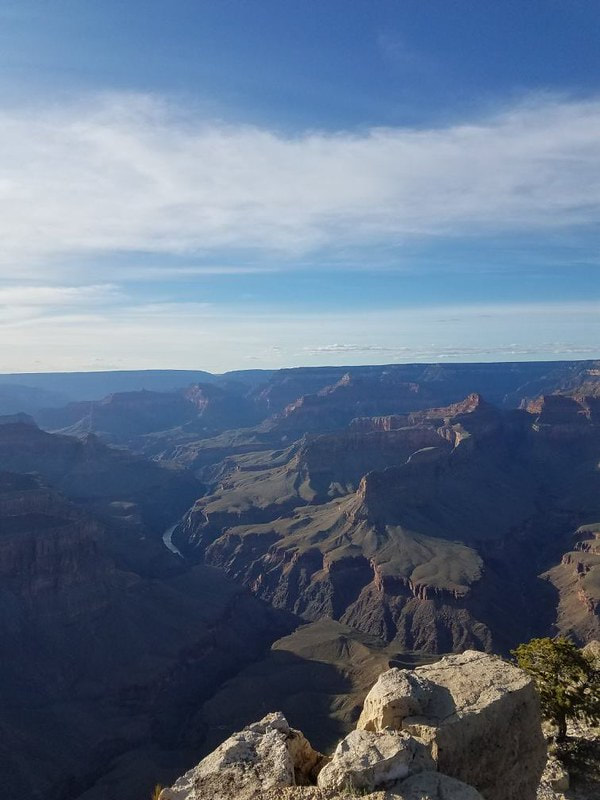 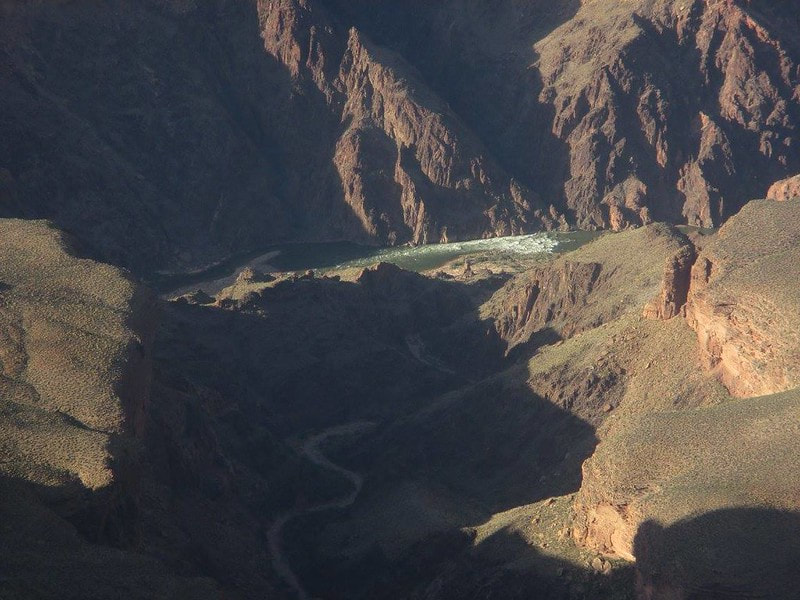 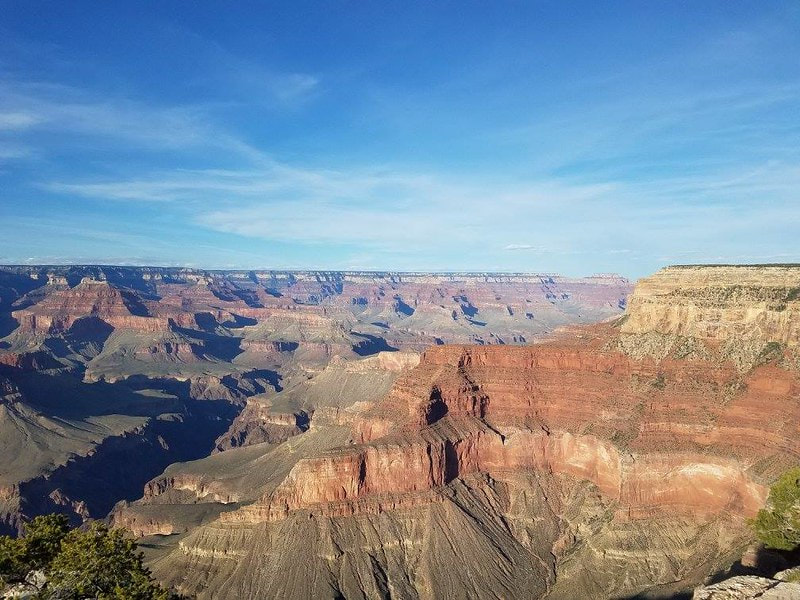 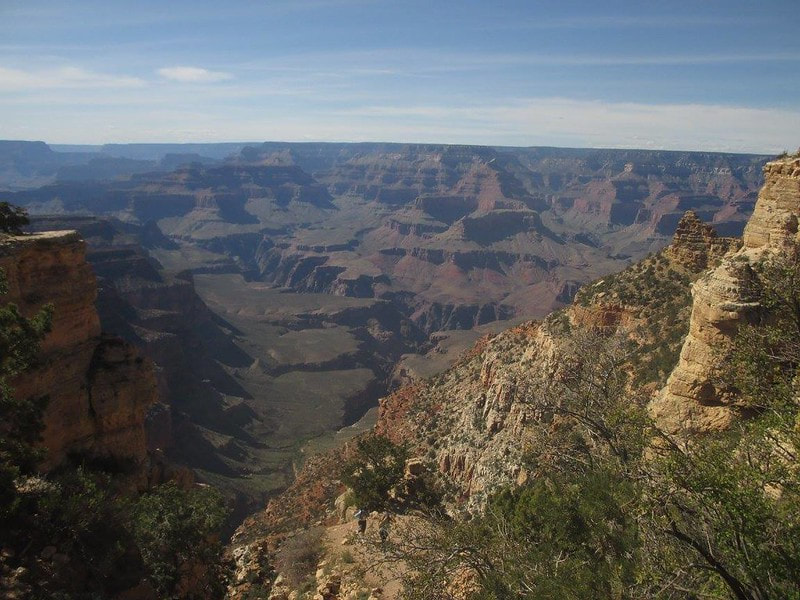 Here's a shot looking back at the Grand Canyon Village around twilight: 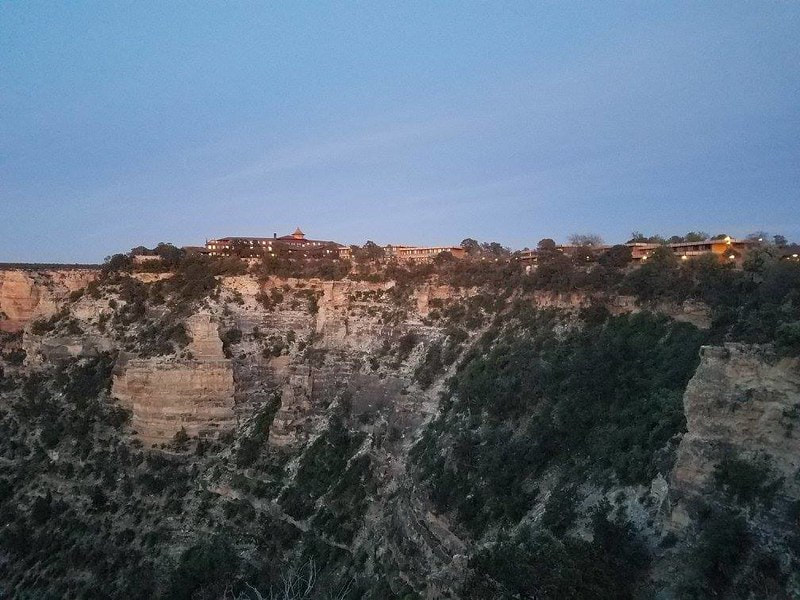