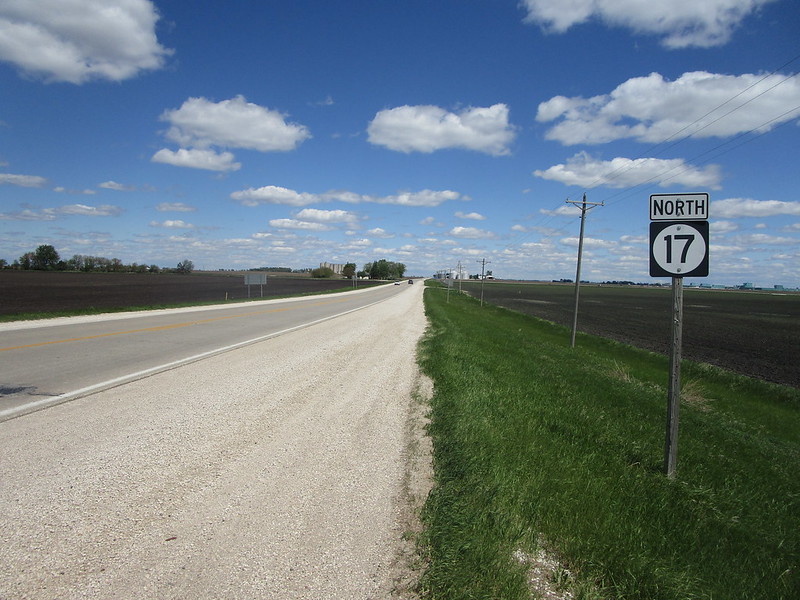 My photo for Iowa Route 17 is the northbound trailblazer, on the leg of the highway that extends north from US Route 20.  This leg of highway extending north marks the western end of a concurrency shared by Iowa Route 17 and US Route 20.  The signage depicted faces south at the junction, west of Webster City and east of Fort Dodge.  I took this photo in May 2022 as part of the last trip dedicated to routesnapping Iowa, focused on north-central Iowa and the Cedar Rapids area.
Back to the Iowa main page.
Back to the home page.