Indiana State Route 19 runs north-south in north-central Indiana, from Elkhart to Noblesville.  It might as well have two separate sections, because the route takes such a roundabout path to avoid a segment that INDOT abandoned, east of Kokomo.  Diverting east six miles and then back west another eleven miles, State Route 19 is not a route that anyone would drive contiguously.  The northern end is at the Michigan border on the northern edge of Elkhart, and the southern end is at Indiana Routes 32 & 38 in Noblesville, near Indianapolis. 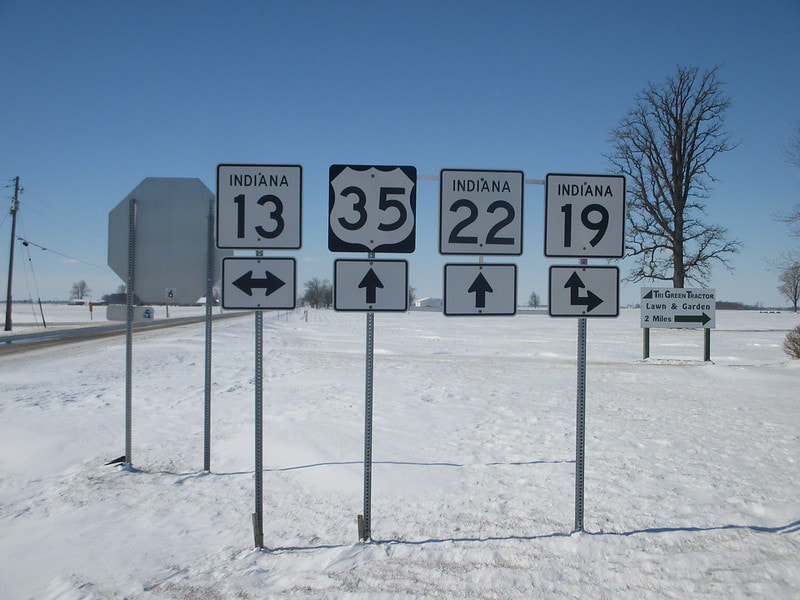