My visit to Crater Lake National Park was really only a cursory one, and disappointingly, the rampant wildfires in the area turned Crater Lake into a giant bowl of smoke. I saw three things on my visit: the Crater Lake itself, the Pinnacles, and Plaikni Falls.  The two later features required short hikes.  Our visit occurred in early October of 2017, as part of the same trip that included visits to Redwood and Lassen Volcanic National Parks. 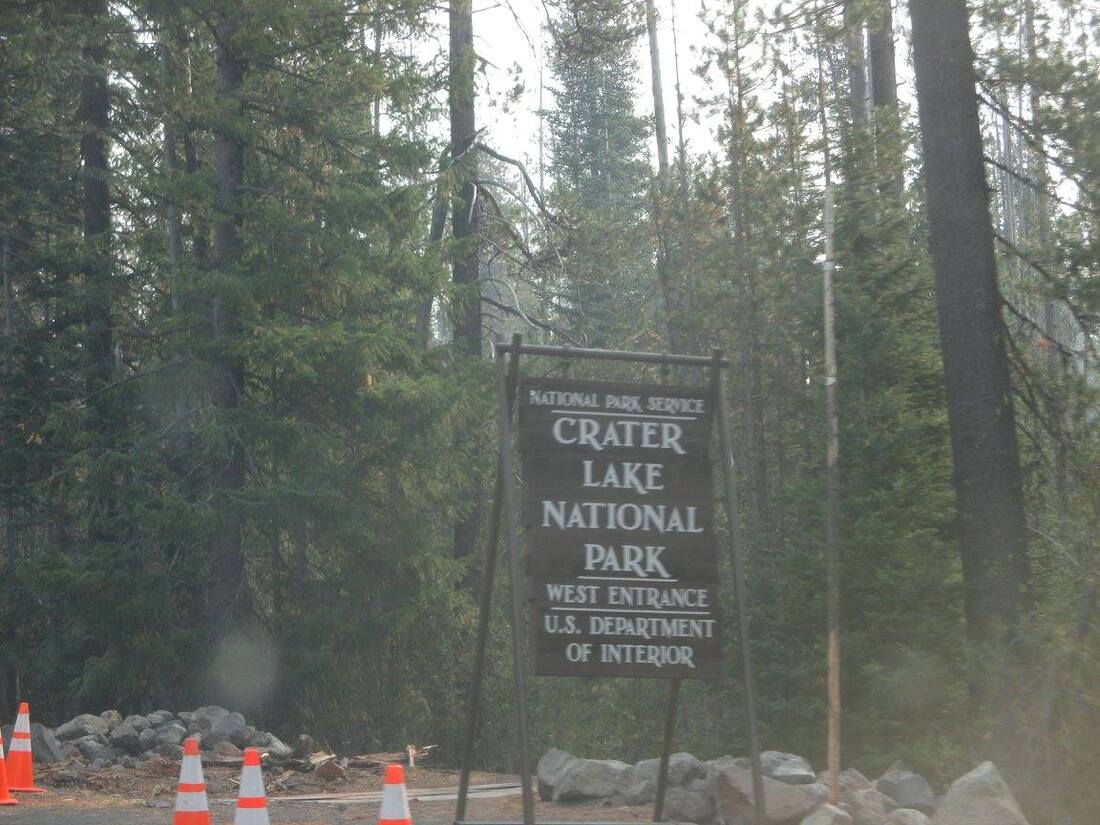 A big part of the draw to Crater Lake is the deep blue color characteristic of this deep, deep lake.  That deep blue color isn't really visible when the crater is filled with wildfire smoke.  Crater Lake is the deepest lake in the entire United States, at 1,949 feet at maximum depth.  We'll return to this park someday to see the lake for real.  We also hope to return so we can take the boat across to Wizard Island, which is visible in some photos farther down the page. 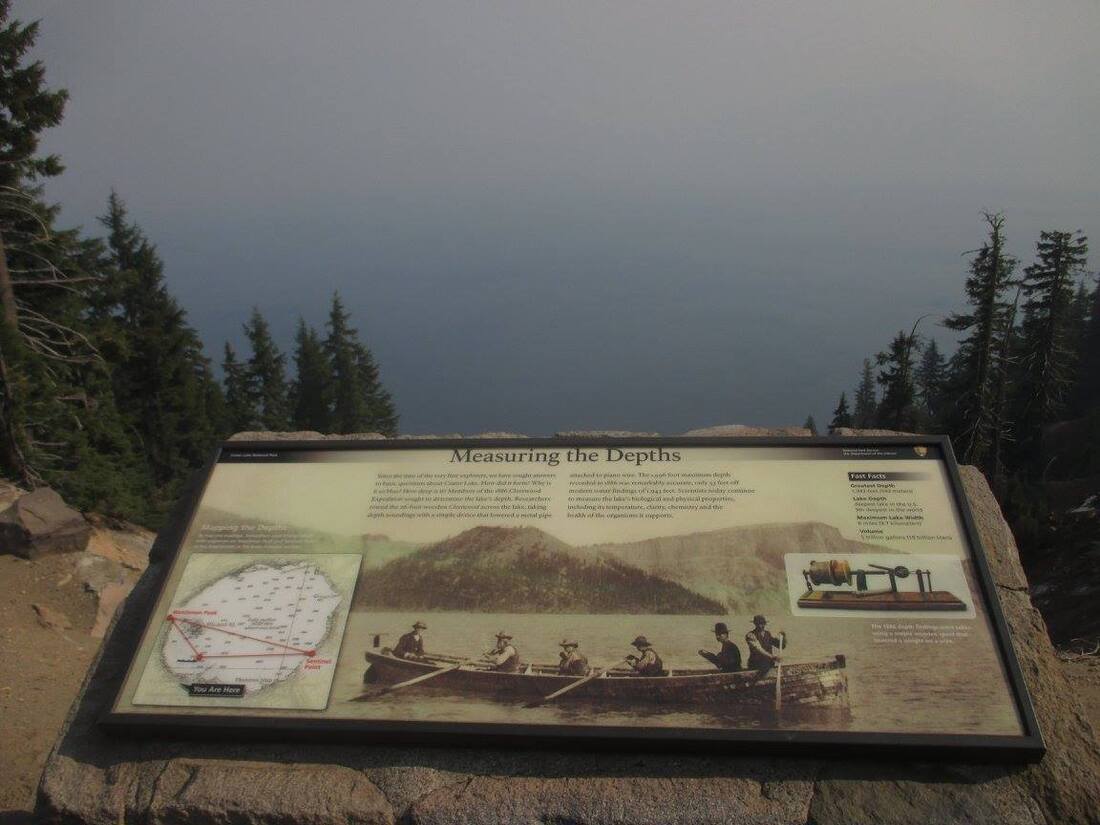 So much smoke settled in the crater that the water was hardly visible at all: 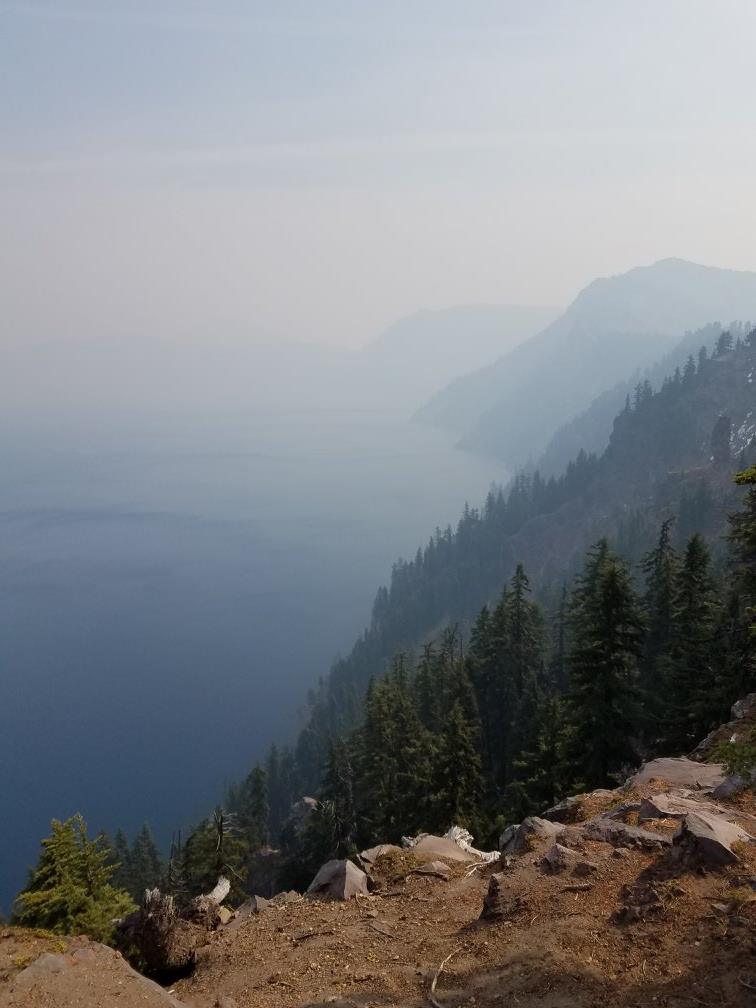 Our original plan was to hike from the visitor center, situated at the south end of the lake, over to the western end of the lake, so we could use the ferry across to Wizard Island.  But because of the smoke, the ferry to the island was closed.  We decided to at least get a look at the lake by completing some of the hike planned along the western shore of the lake. 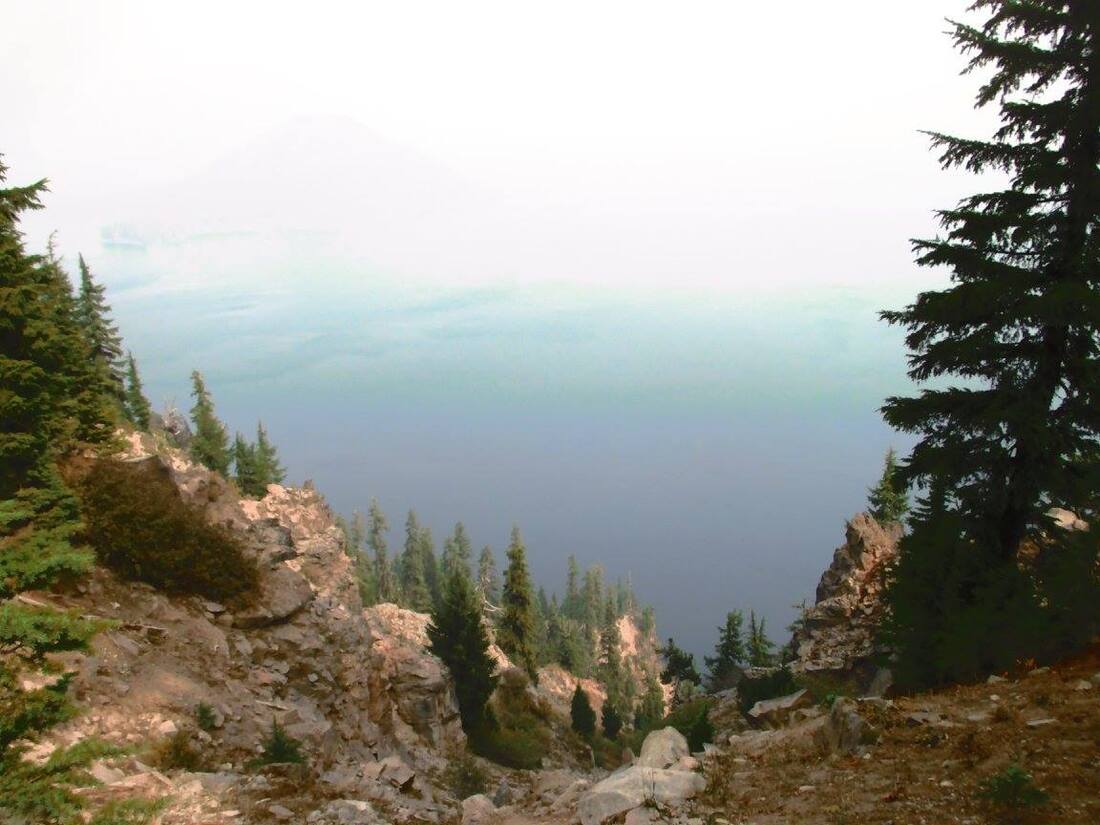 Wizard Island is centered in this shot. That sack of bumbling filth that doesn't know how to use his face muscles is me: 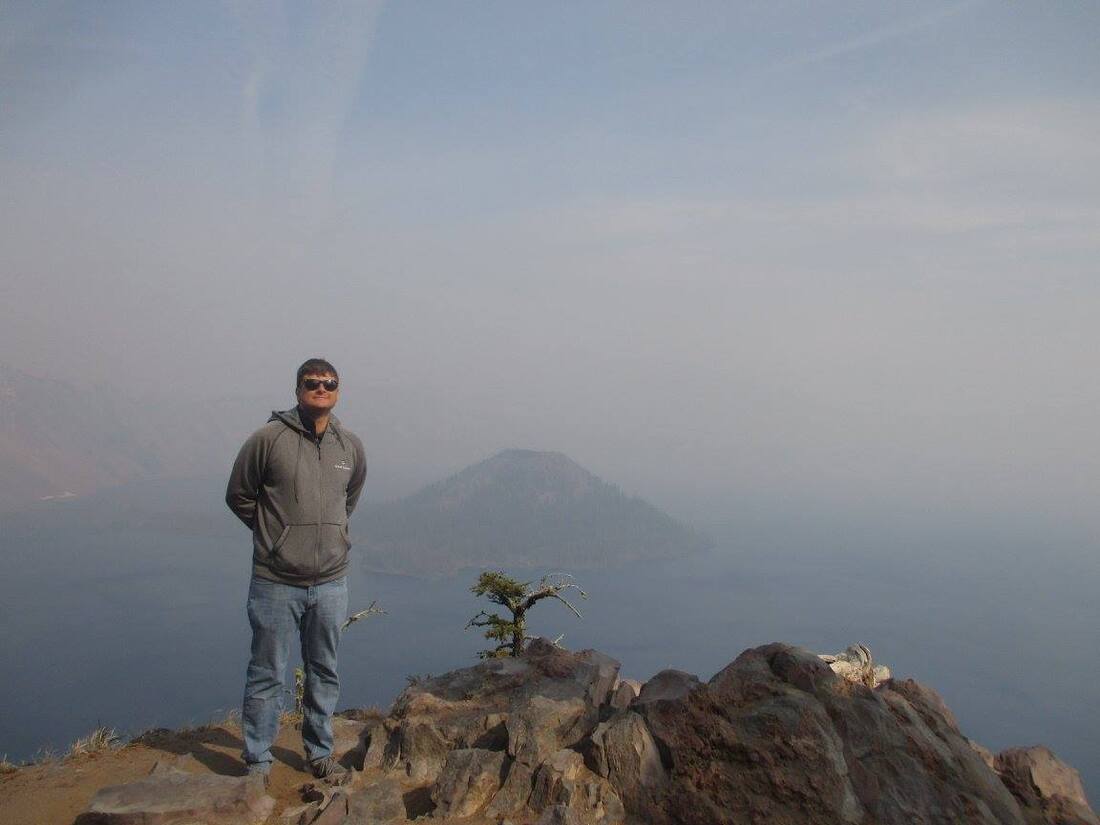 As the clarity of Wizard Island's image is used as the gauge of general visibility across the lake, I took this photo including Wizard Island in the shot to show just how poor the visibility was. 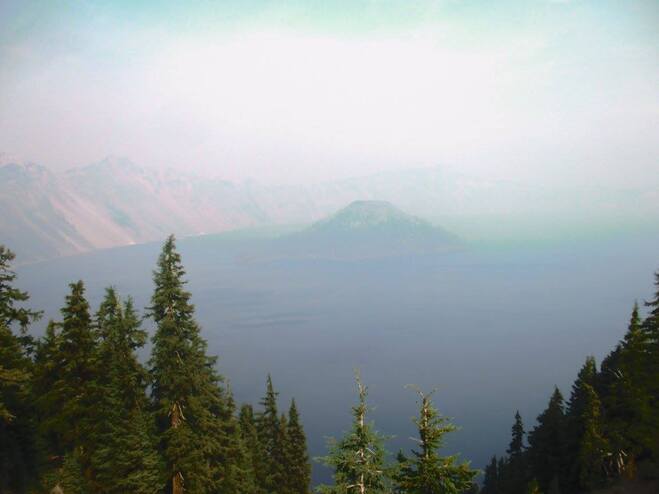 A valley of oblivion exists beyond the pine trees: 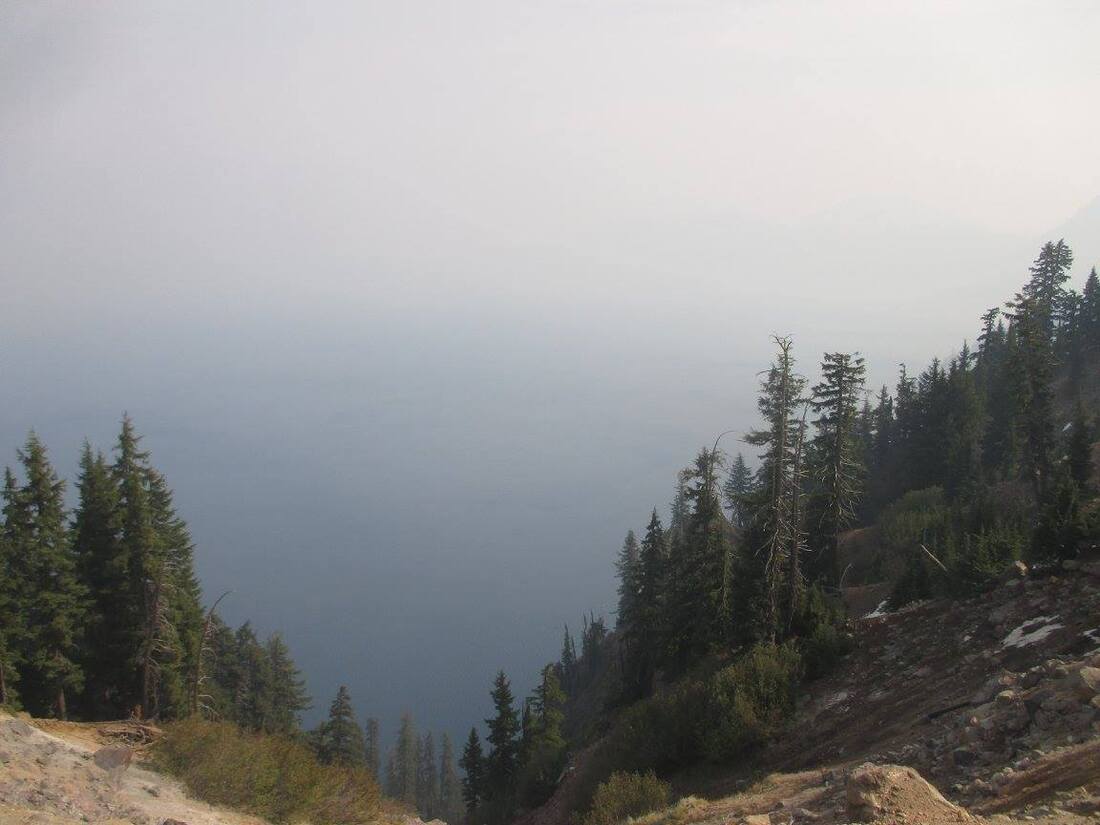 This is not to be confused with Pinnacles National Park, which is a whole separate national park in central California.  The pinnacles are a collection of spires comprised of pumice and volcanic ash.  Crater Lake is indeed not a meteor crater; rather, it is a volcano's caldera.  The pinnacles are a geologic feature known as fumaroles, which are spires of ash and pumice cemented together by hot gases arising through a volcano's gas vents.  The remaining sediment not cemented together by the hot gas eroded away over the centuries into Wheeler Creek below; despite this, the pinnacles held together and remained.  This is the view just starting out on the trail toward the south: 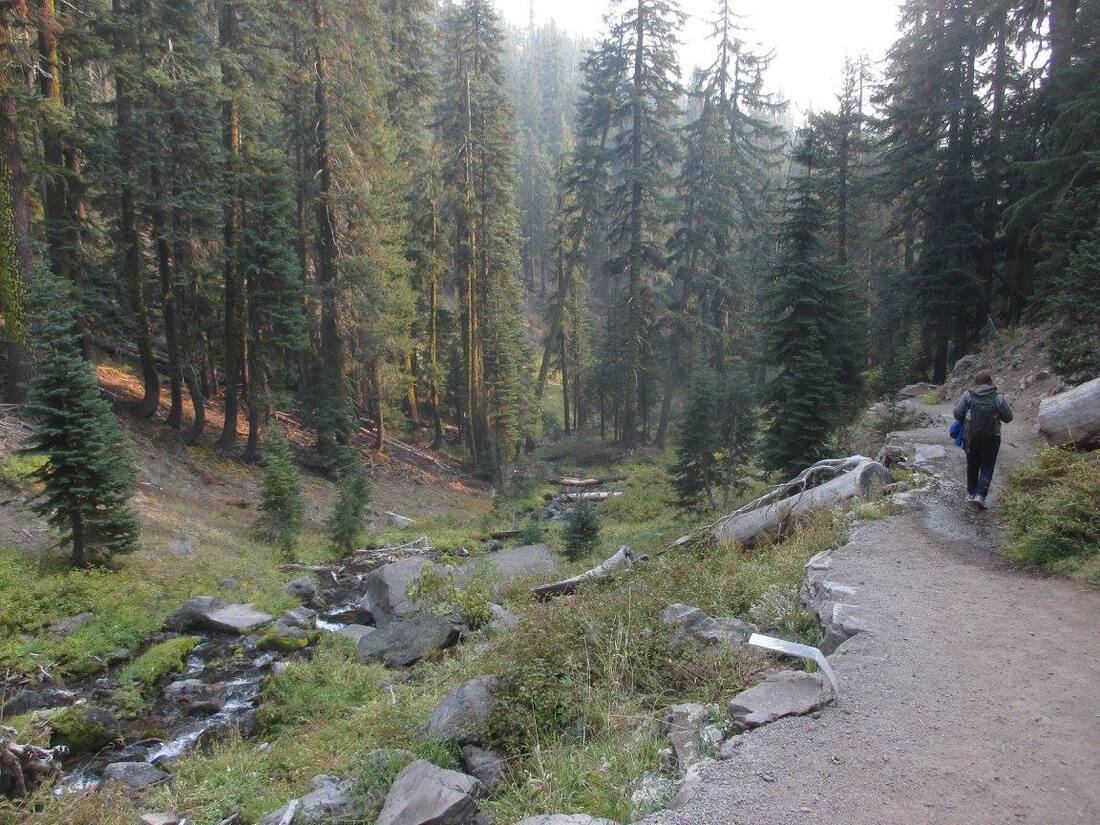 Visibilities at the Pinnacles were somewhat affected by the wildfire smoke, but not nearly to the extent as at the lake.  Wheeler Creek appears below the rock formations seen here: 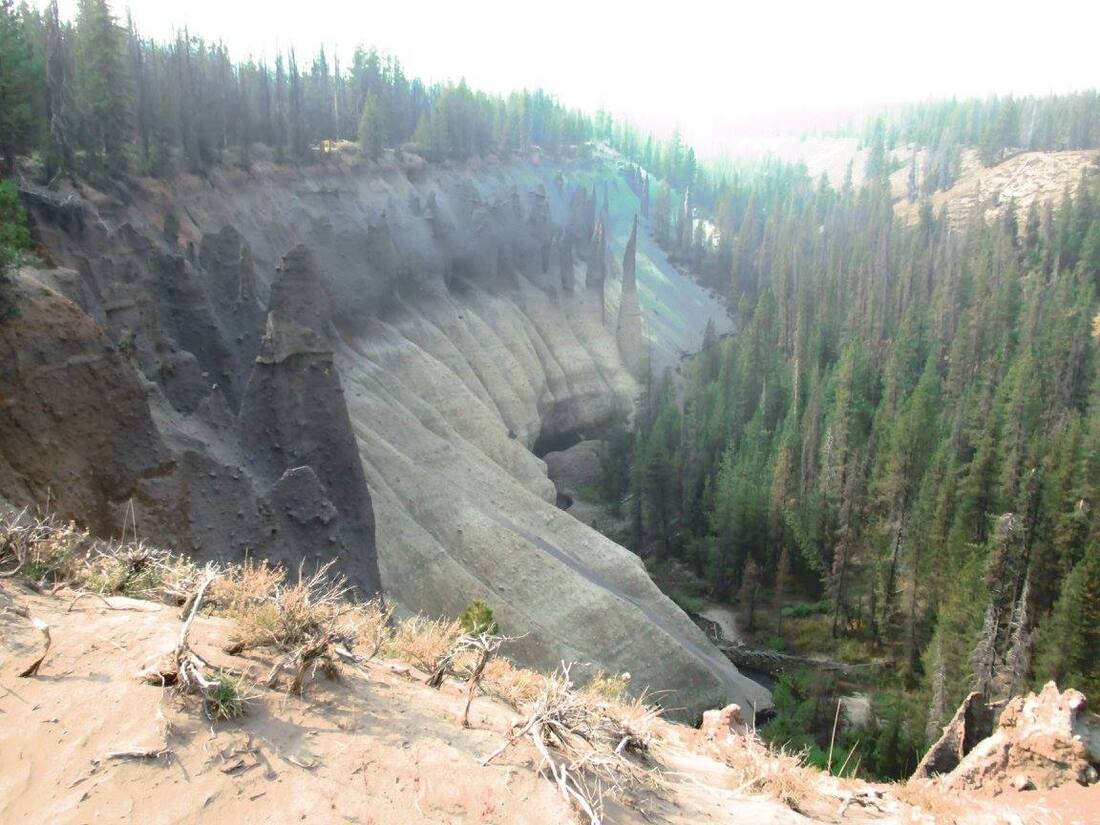 Not many visitors to Crater Lake National Park know about the Pinnacles or visit them.  Seeing them was a delightful, perplexing, and unique experience.  It's a short little hike to tack onto your itinerary moving through the park. 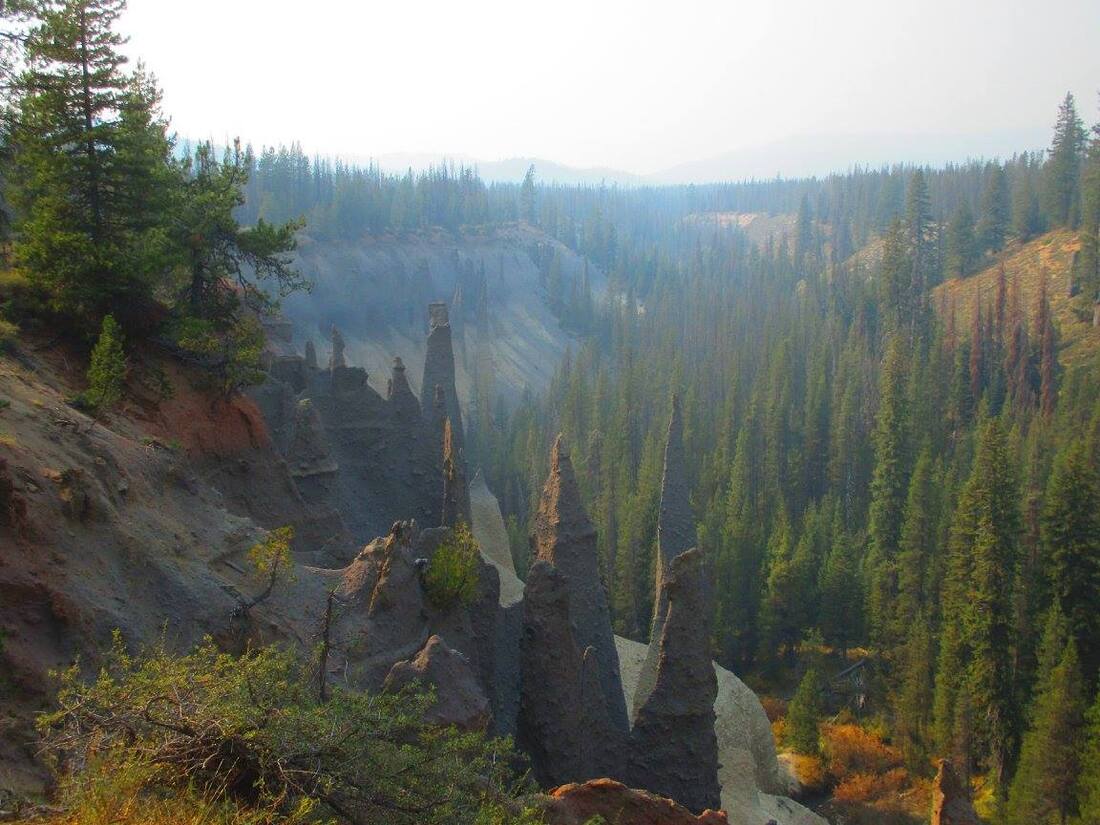 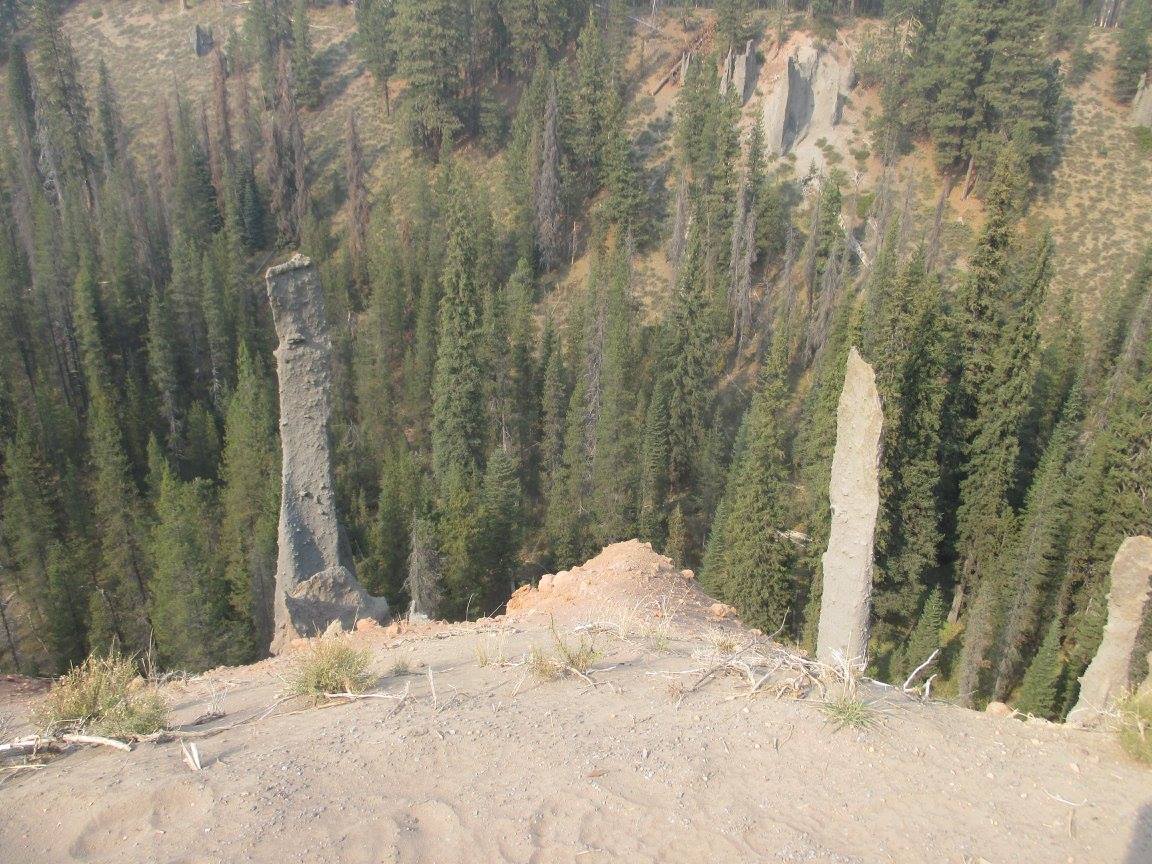 I'm always down to see a nice waterfall, so we made the short hike to Plaikni Falls, on the southeast side of the lake. 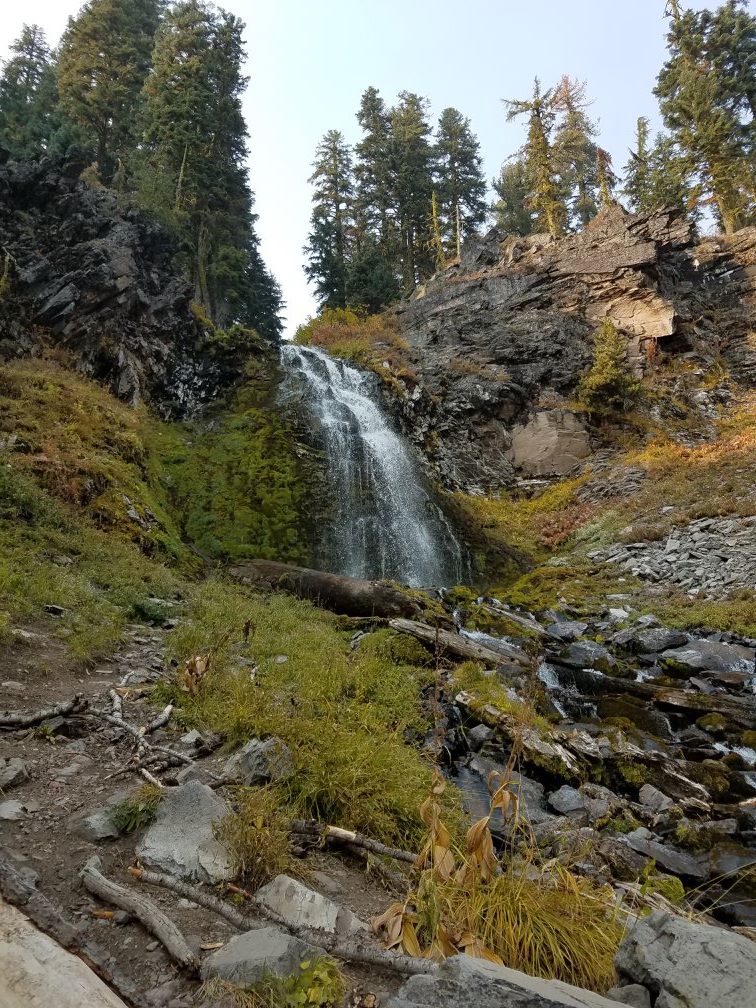 That would be my lovely wife. The log situated there makes for a nice place to sit for a photo. 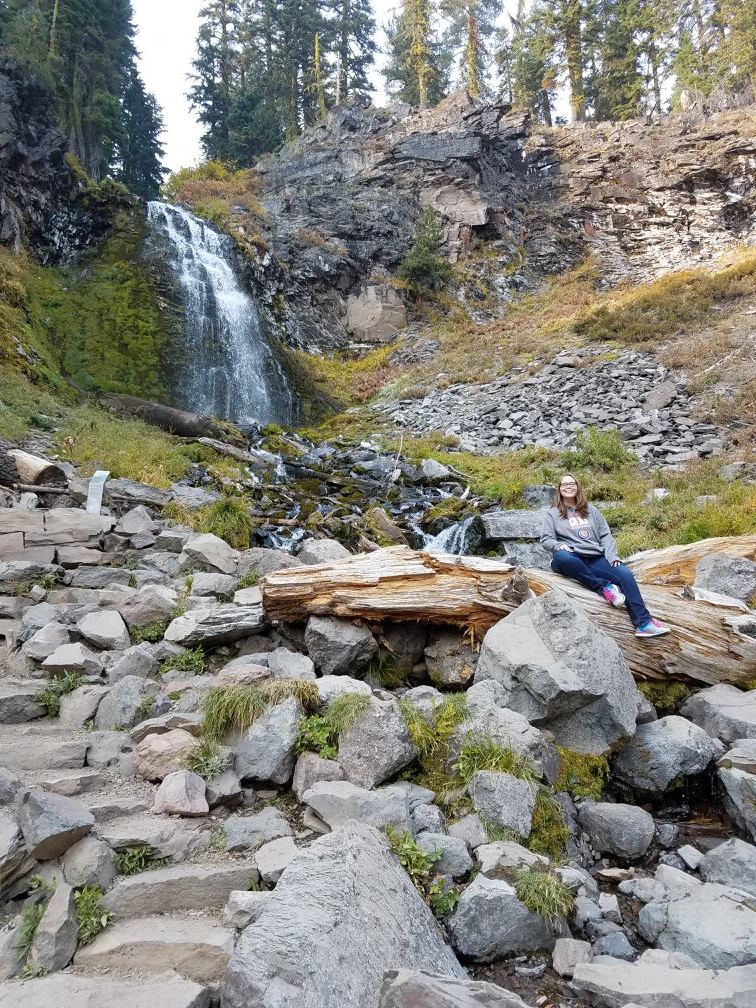