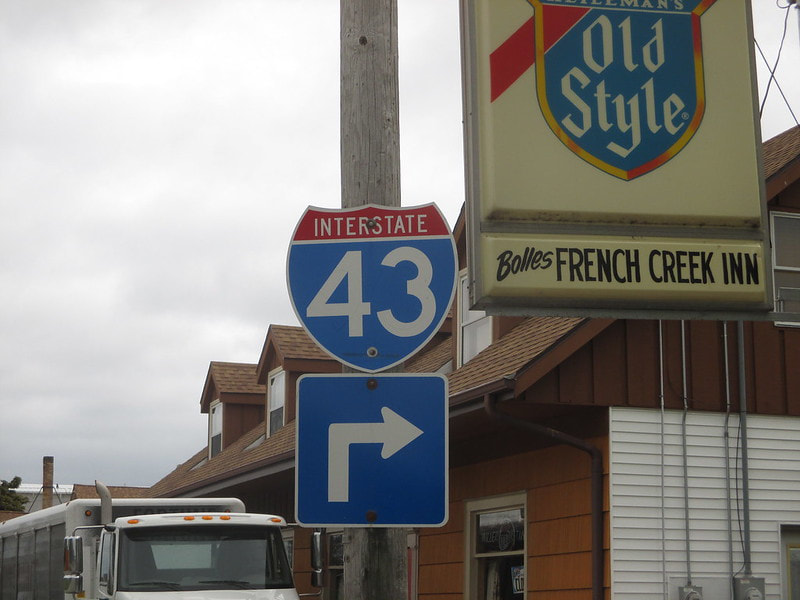 My photo for Interstate 43 is a cutout shield rather than a unisign: a rare sight in Wisconsin.  The photo comes from Francis Creek, Wisconsin, where this sign faces north along the main drag through town. The sign shows southbound travelers that they need to turn ahead, if they wish to access the road heading west to the local interchange with Interstate 43.  This photo was taken during a pit stop, along the way up to the Upper Peninsula of Michigan, the focus of a vacation I took in July, 2015.  The exit to Francis Creek is about five to ten miles north of the exits to Manitowoc.
Back to the nationwide main page.
Back to the home page.