Bryce Canyon National Park is the foremost place to see dramatic views of hoodoos in south-central Utah. A hoodoo is a tall, skinny tower of rock left standing after a majority of the surrounding rock touching the ground was eroded away.  The hoodoos in Bryce Canyon are the remnant sedimentary rocks that were strong enough to withstand the erosion that washed everything else away.  All of the sediment on top of those rocks stayed intact as well, leaving arrays of sandstone towers that created the dramatic and distinctive landscapes found in Bryce Canyon National Park today.

During our visit to Bryce Canyon in late April 2017, we hiked a loop in the main cluster of trails, and made two more stops after that, at the Inspiration Points and at Bryce Point.

We hiked our circuitous path in a counterclockwise direction, and I'm not sure if I recommend going in this direction because of its anticlimactic experience.  We chose to make a loop out of the Navajo Loop Trail and the Queens Garden Trail, as we thought that would be an efficient way to see all of the best sights on our one-day visit. No matter which way you wrap around the circular path, you will descend somewhat into the canyon before hiking back upward.  The slopes and the need for concern are not nearly as severe as at the Grand Canyon, but you should still keep in mind that the return trip back to the parking lot will be significantly more strenuous as the first half of your hike. 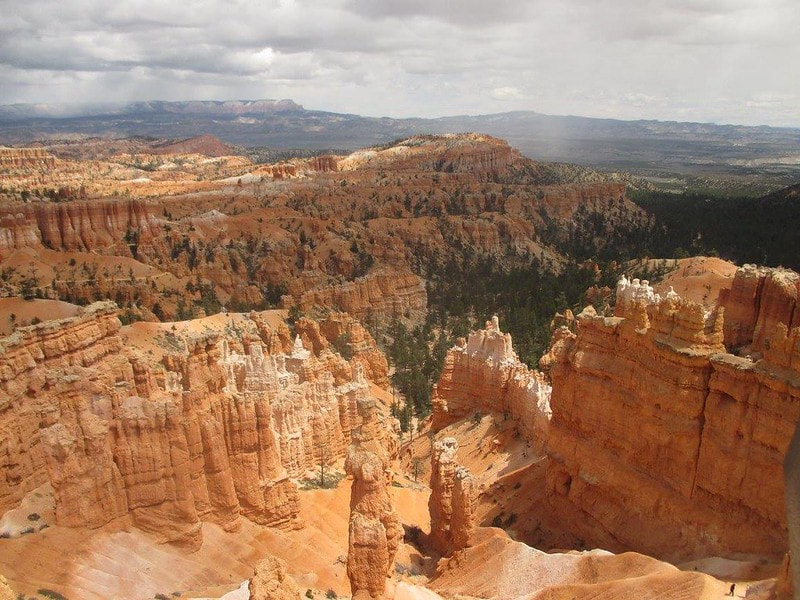 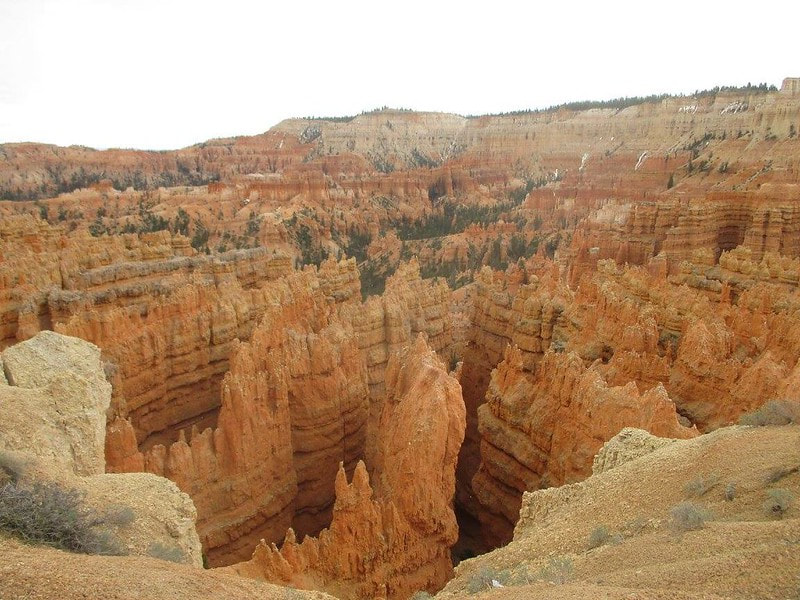 Here are a couple views of the switchbacks on the trail we hiked: 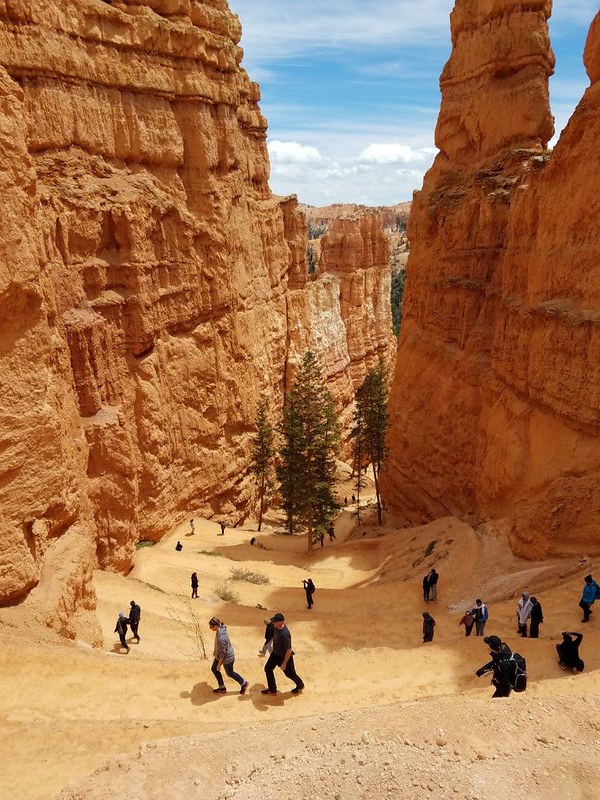 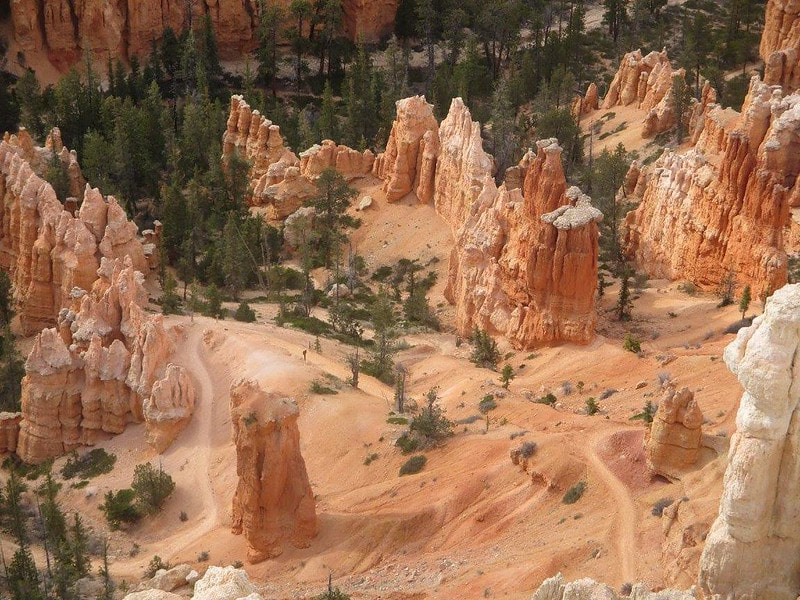 Always make sure you turn around to see the view of everything behind you!  You might miss out on seeing something!  We hiked downward on these switchbacks, but I was glad I turned around to look back and admire the cliff faces behind us. 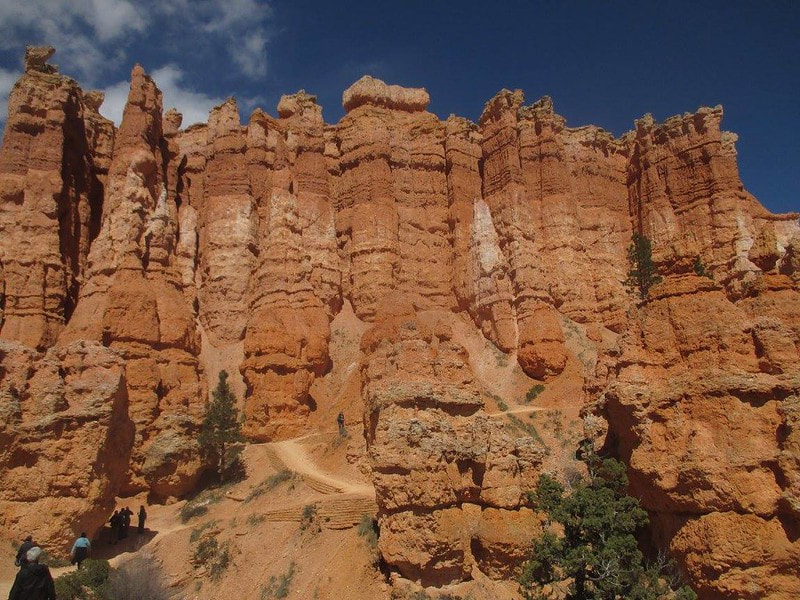 Some people opted for mules to take them down the Bryce Canyon trails.  (This unfortunately means that, just like at the Grand Canyon, you have to watch for animal droppings everywhere you step.) 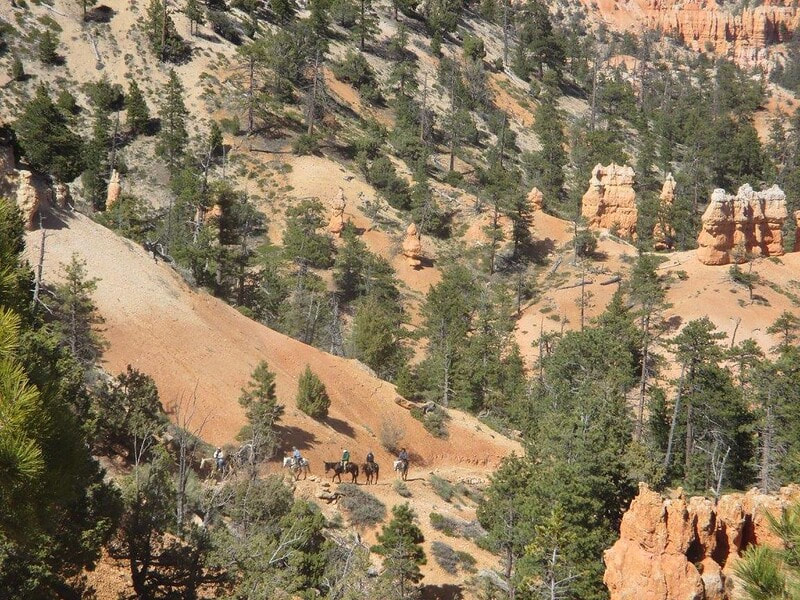 Part 2: The latter half of our circuit, the Queens Garden Trail: 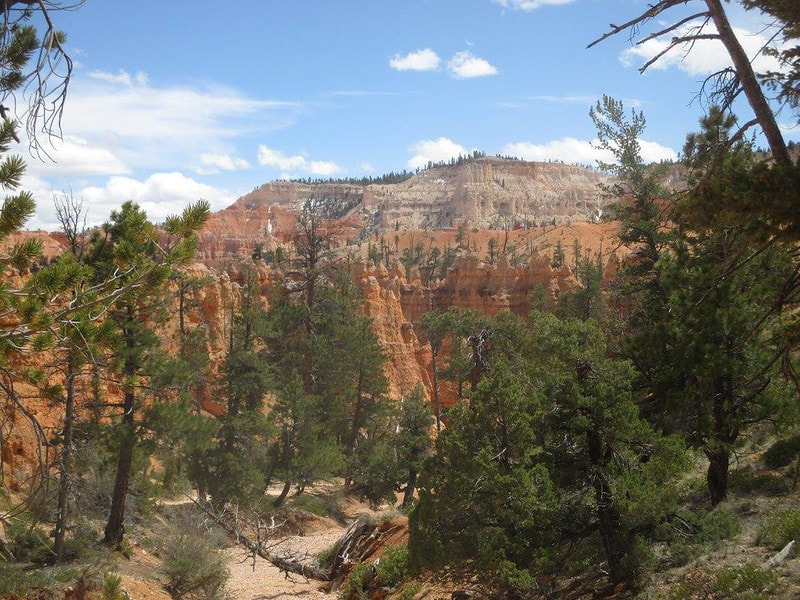 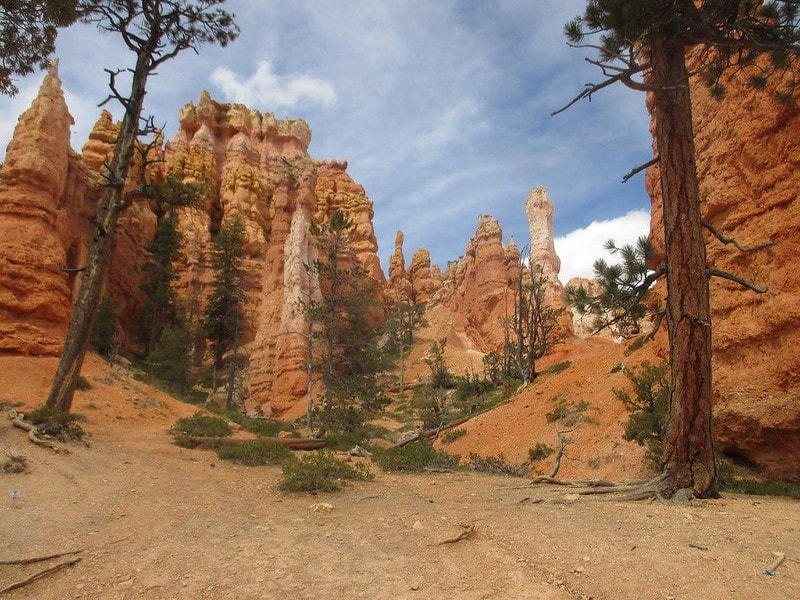 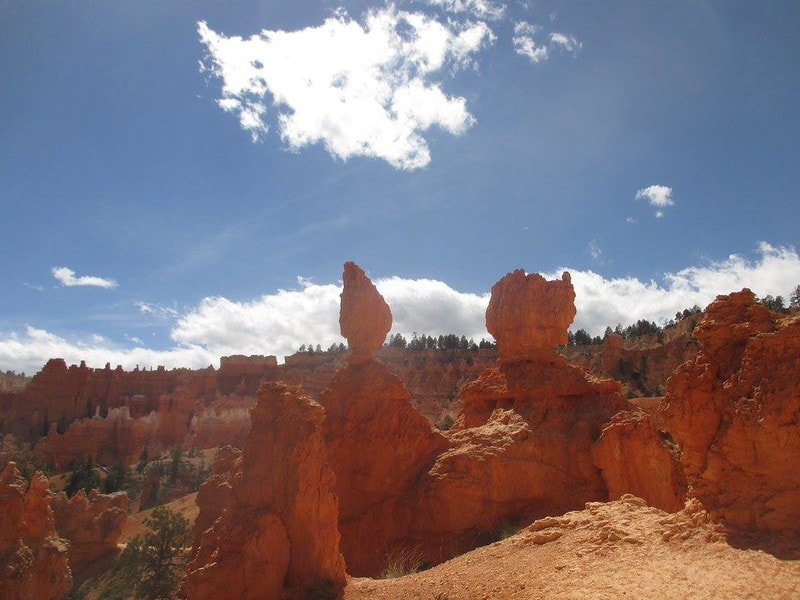 Peek-a-boo!  There's a little peephole over there.  I think you can walk up to it and play peek-a-boo with hikers later on in the trail (don't quote me on that, though): 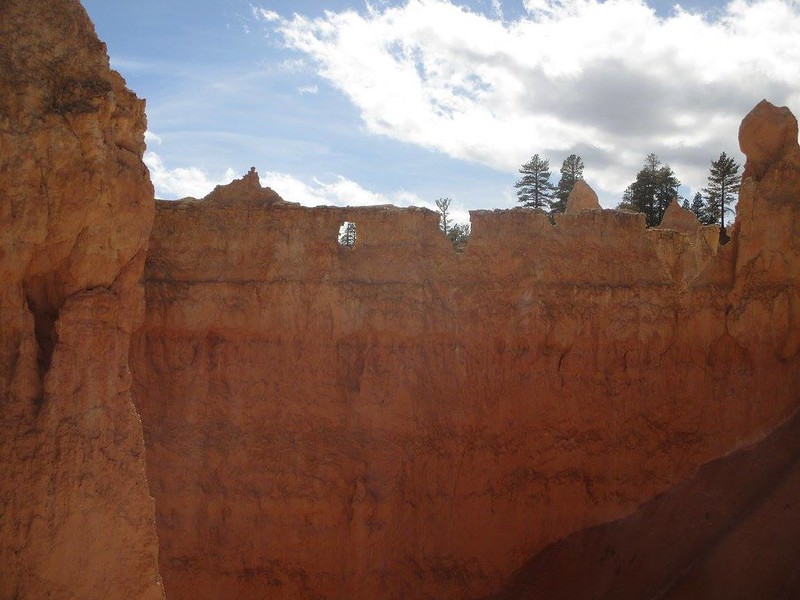 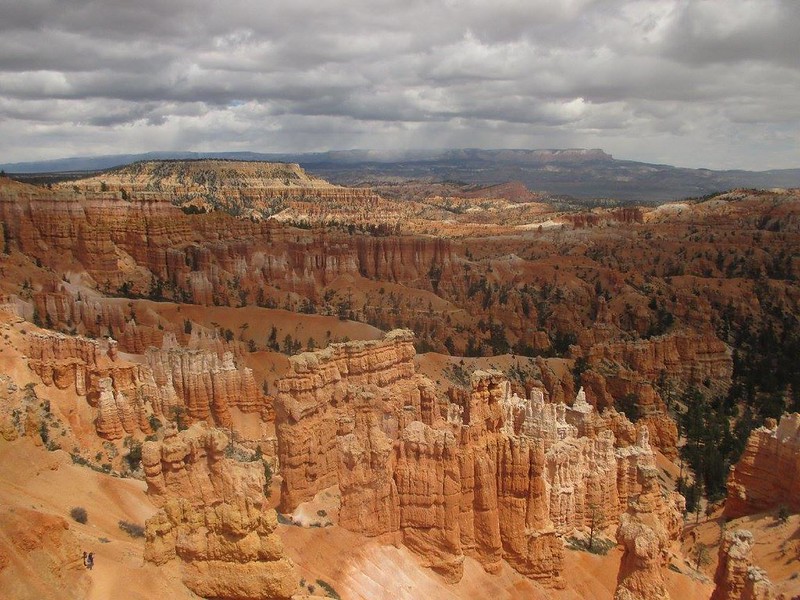 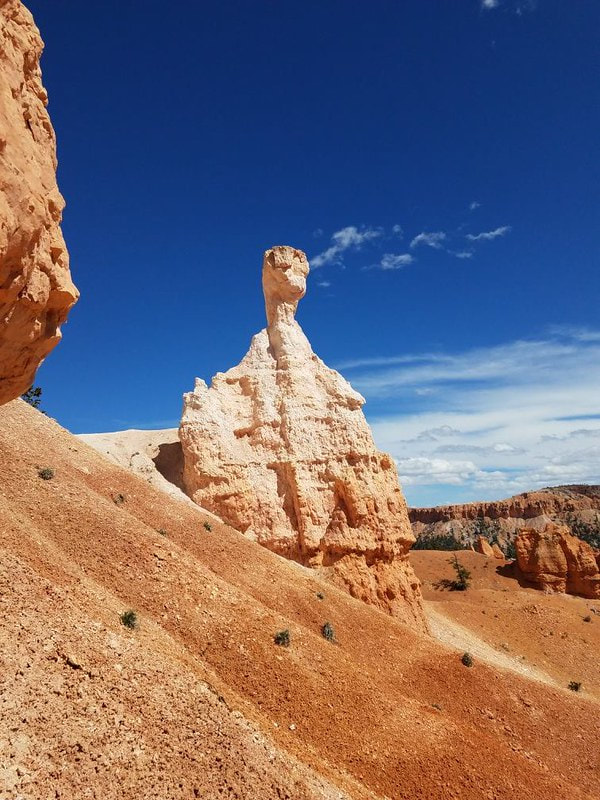 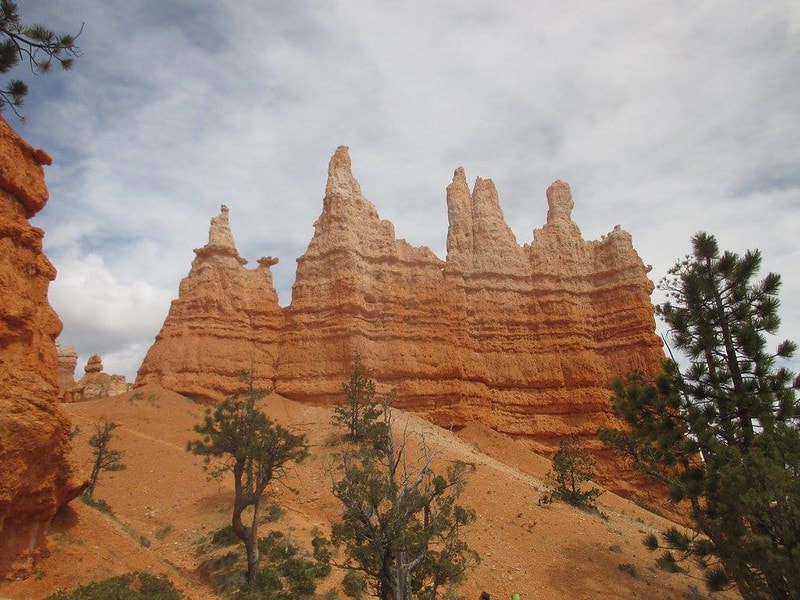 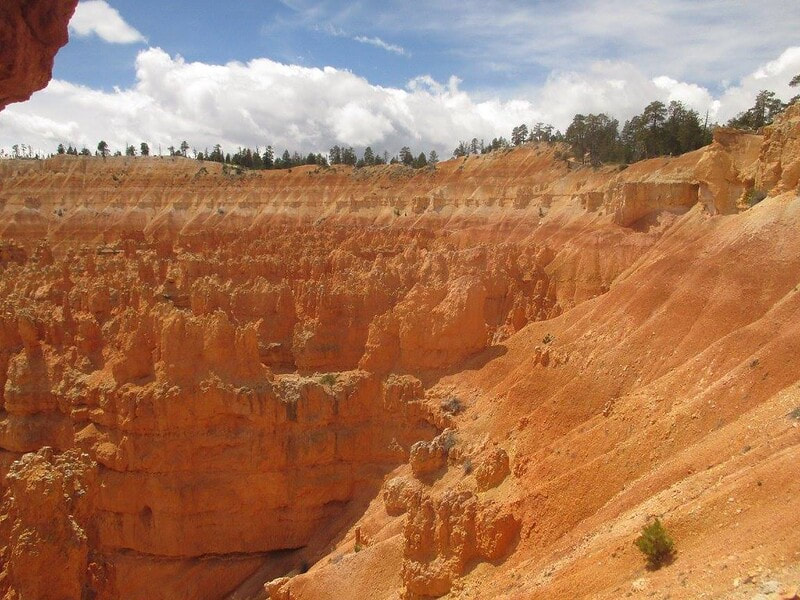 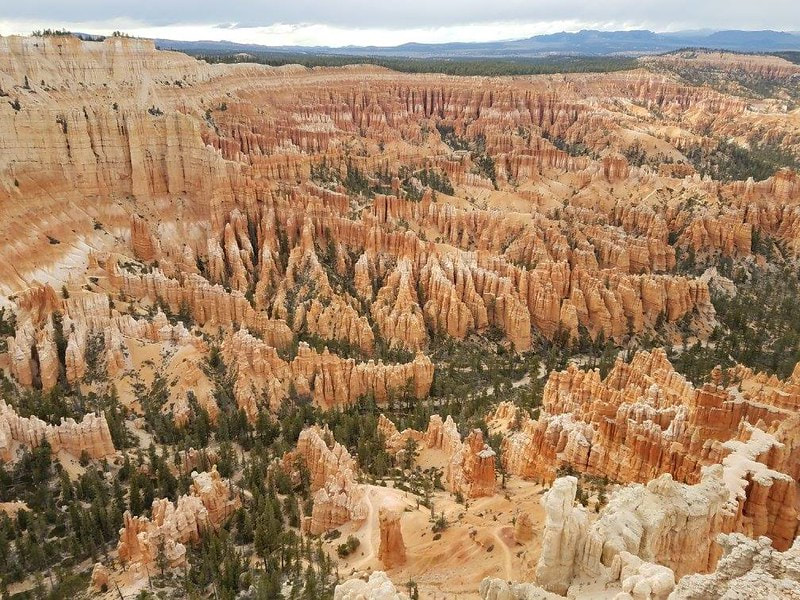 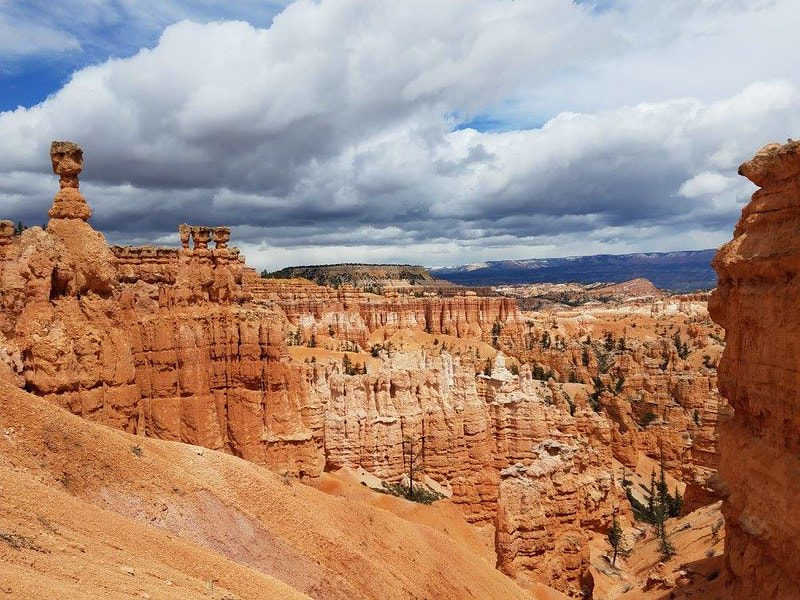 Since we visited the park in late spring, we could see some narrow veins of snow on some of the distant rock formations.  Though it was in the lower 40's (Fahrenheit; this is about 6°C), some snow and graupel fell on us on the morning of April 27, 2017, when we visited the park and took these photos: 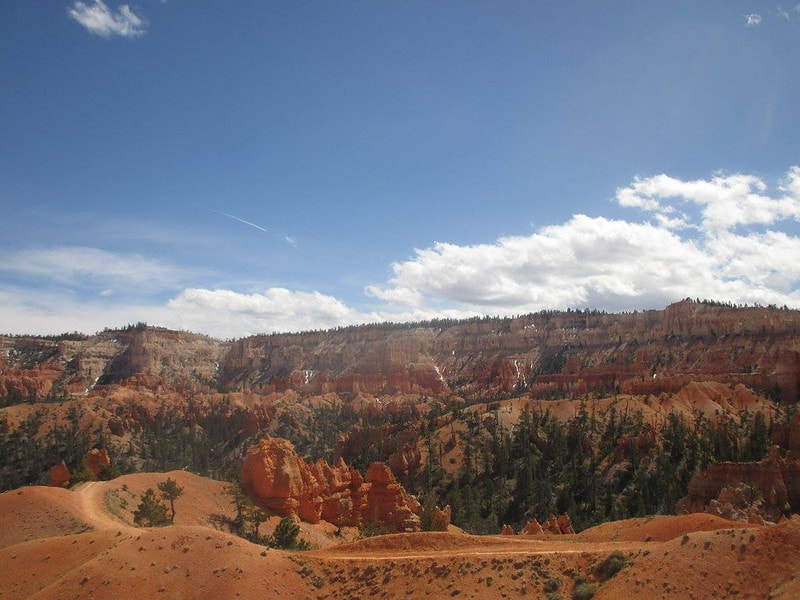 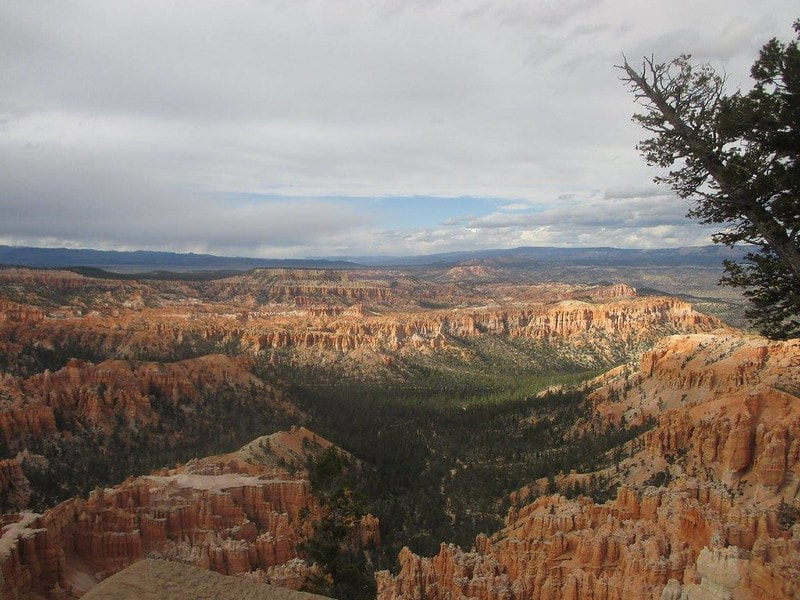 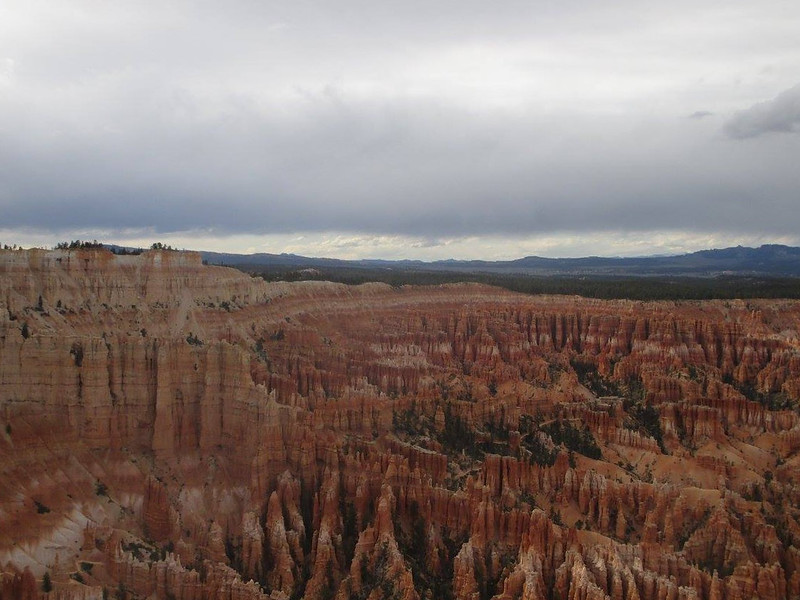 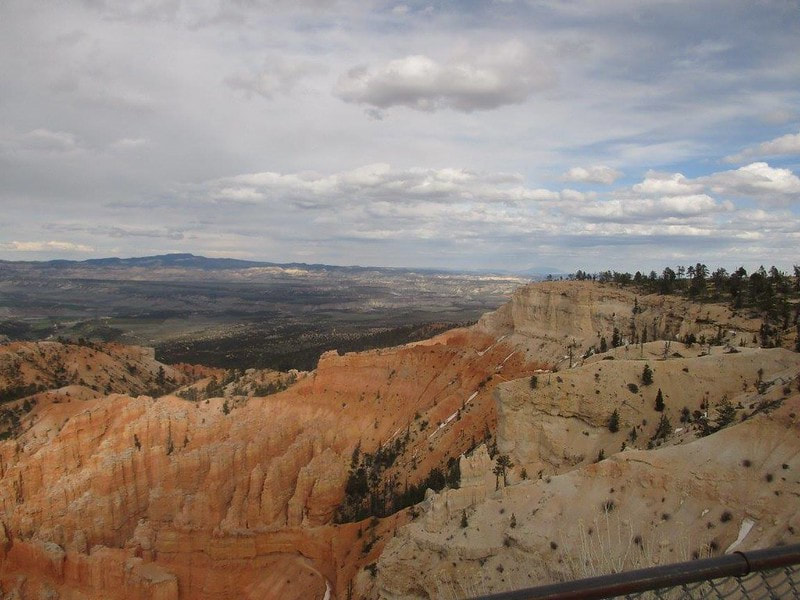 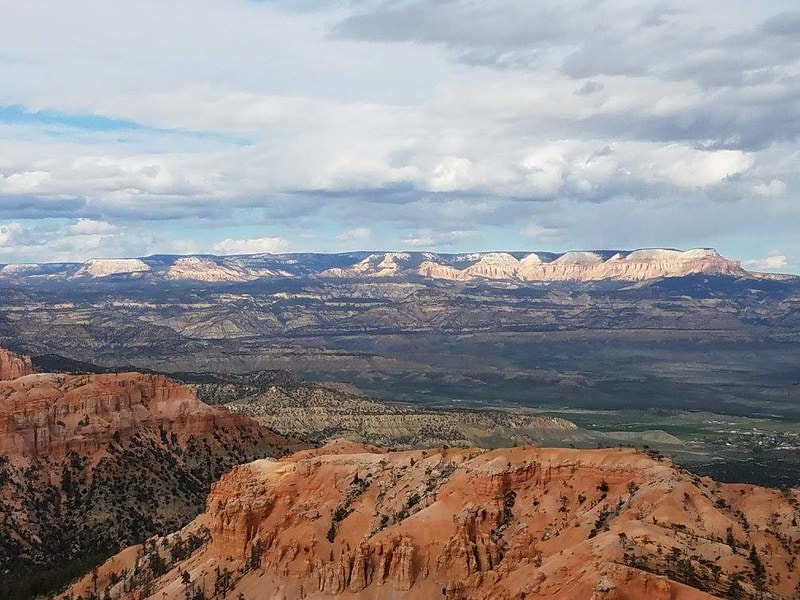 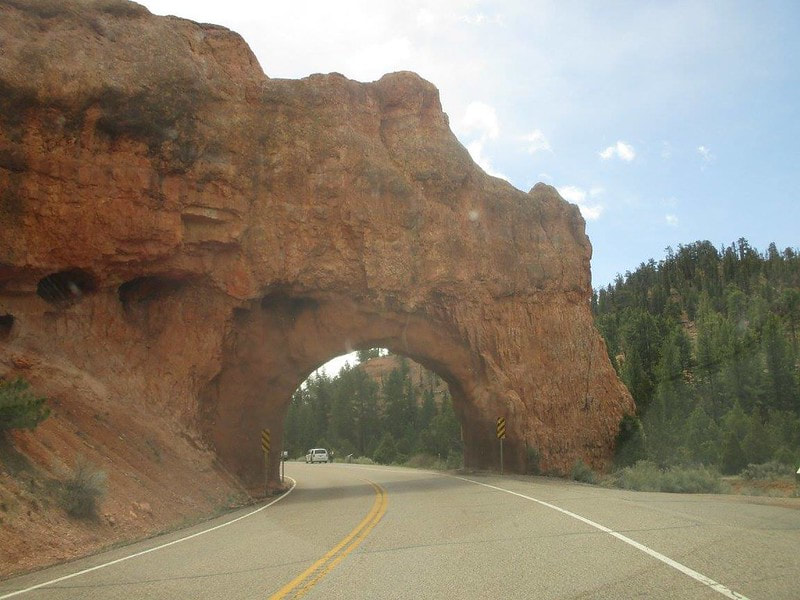