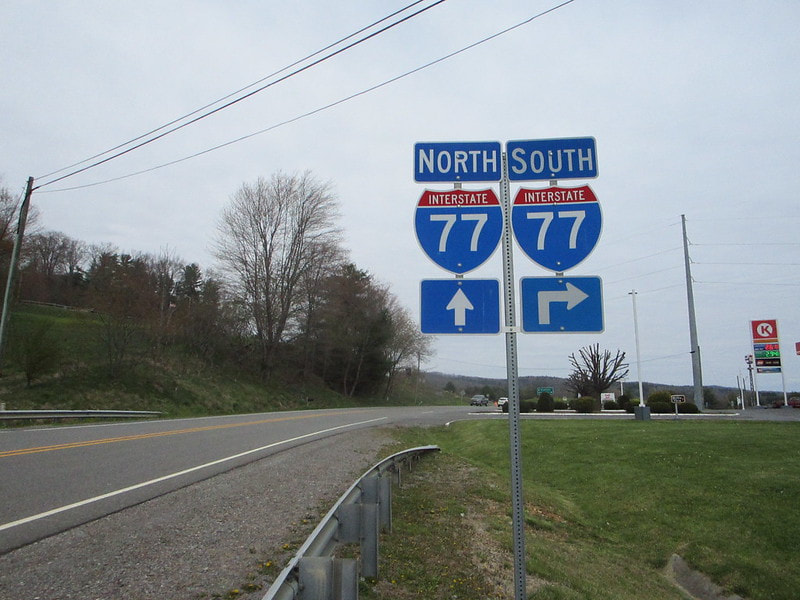 My photo of route markers for Interstate 77 comes from Bland, Virginia, at the northernmost interchange housed along Interstate 77's stint in western Virginia. This interchange connects to a surface road carrying US Route 52 and Virginia State Route 42.  That surface road runs east into the background of this photo, which shows signage pointing west toward eastbound travelers.  The signage notifies those eastbound travelers of the upcoming southbound onramp to Interstate 77. This photo was taken as part of the Virginia trip of April, 2021.
Back to the nationwide main page.
Back to the home page.