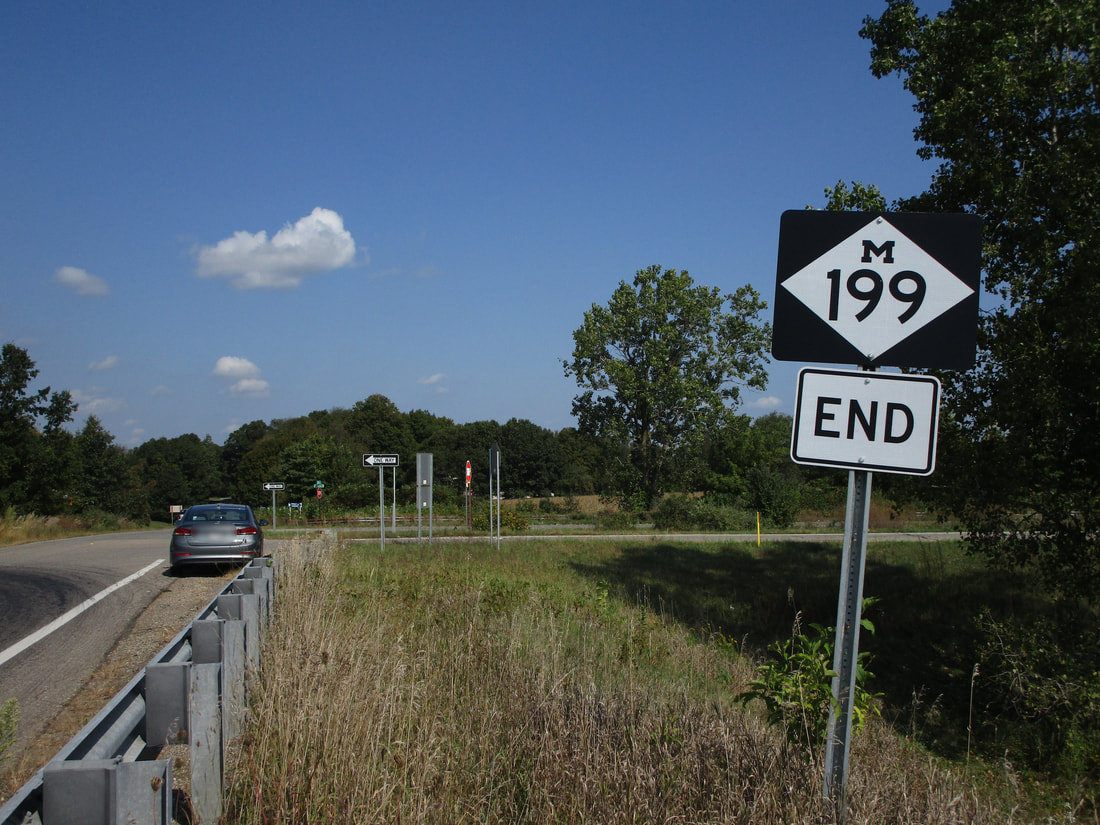 My photo of Michigan Highway 199 signage comes from the northern terminus of the route, at the interchange with Interstate 94. This interchange is known as exit 119. The end marker in this photo shows northbound traffic that the state highway does not continue beyond the intersection depicted: the intersection with the westbound ramps to or from Interstate 94.  This photo was taken along a drive to Toronto, Ontario, and other locales in eastern Canada, in September, 2019.