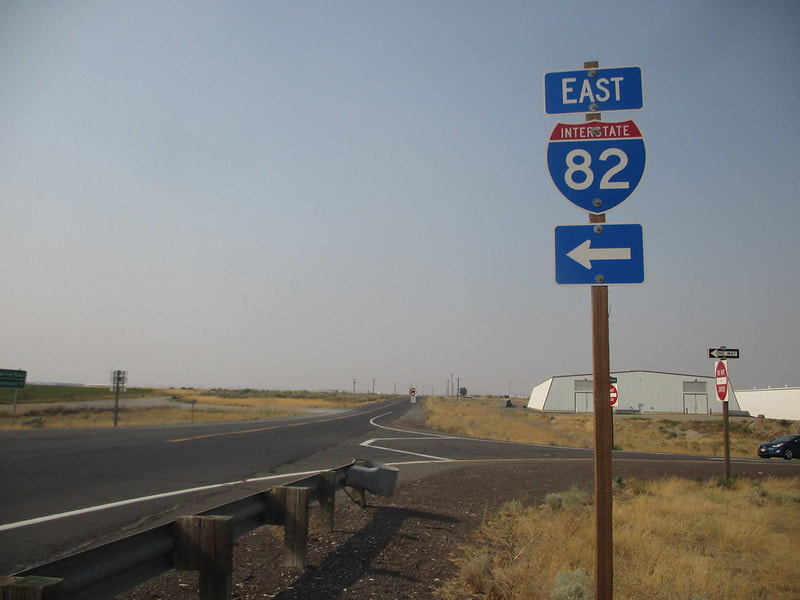 My photo of an Interstate 82 route marker faces south along Powerline Road, a surface road outside of Umatilla, Oregon that runs north-south.  Interstate 82's southward trajectory curves southwesterly for a bit across the north-south road.  Therefore, the guide assembly depicted facing south says "East Interstate 82" with a left arrow that actually points west.  Situations like this make me wonder if Interstate 82 should be considered a north-south highway with an odd number. I took this photo on the way to Astoria, Oregon from Glacier National Park, on a westward leg of the drive to the Pacific Ocean in August, 2018. The interchange where I took this photo is the second one north of Interstate 82's southern end.
Back to the nationwide main page.
Back to the home page.