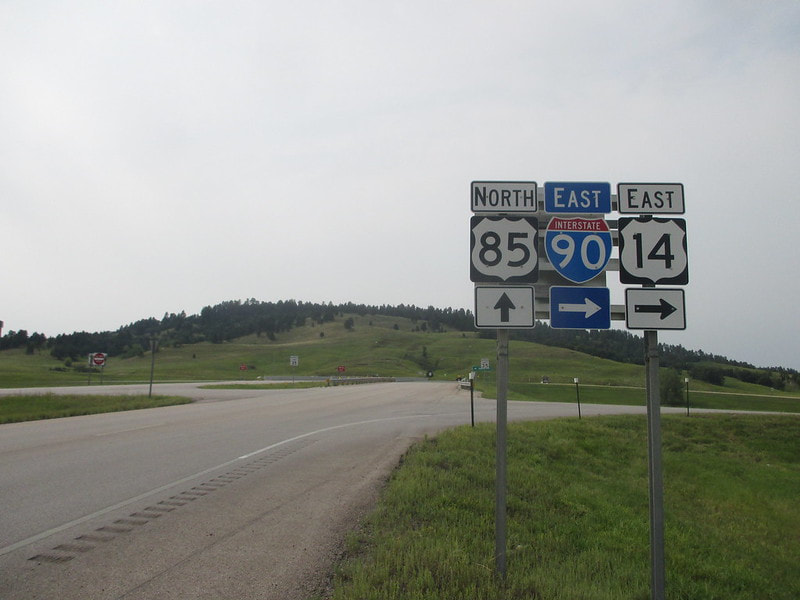 My photo for US Route 85 shows a sign assembly near Spearfish, South Dakota, where US Route 85 starts to join Interstate 90 and US Route 14 westbound for a while.  I was standing just south of the eastbound onramp to Interstate 90 facing north when I took the photo.  US Route 85 uses the westbound onramp, farther north into the photo, to join Interstate 90 west for about ten miles.  Curiously, Spearfish is listed by some sites as the place home to the greatest 24-hour temperature change in the world.  Whether or not the claim is correct, the Black Hills of South Dakota, along with regions nearby in Montana and North Dakota, are notorious for having the most dramatic short-term temperature fluctuations anywhere in the world.  The photo shown here was photographed on the way home from my August 2018 drive to the Pacific Ocean, featuring stops at four national parks.
Back to the nationwide main page.
Back to the home page.