Illinois Route 103 is a short east-west route that serves as a shortcut connecting US Route 24 in the west and Beardstown in the east.  Why it isn't a western extension of Illinois 125, I'll never know.  The east-west alignment of US Route 24 to the west lies at about the same latitude as Illinois 125 in the east, so communities along one of those routes can use Illinois 103 as a shortcut between those two routes. It sort of serves as a southern bypass around Rushville.  The whole route is in southern Schuyler County.

Illinois 103's western end is at US Route 24 in Ripley, as that route turns from easterly to northerly toward Rushville. 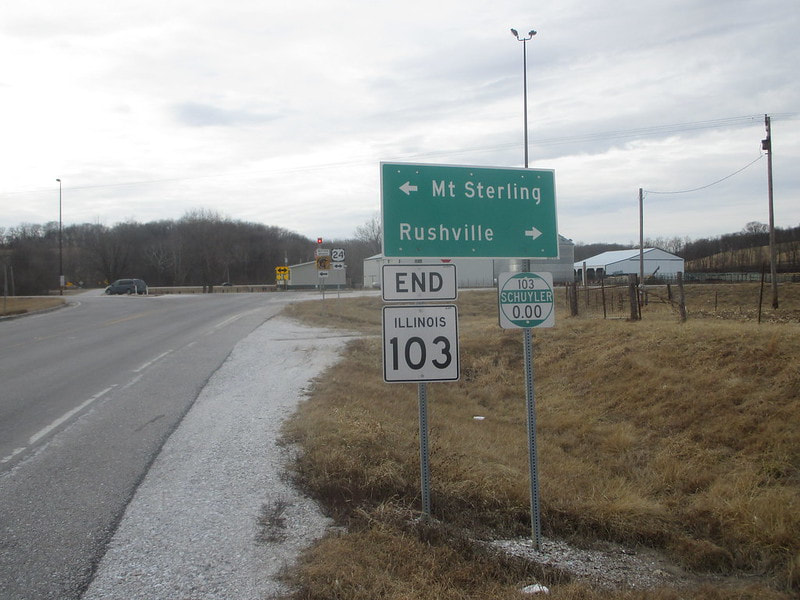 Illinois 103 has no other junctions with other highways, until it reaches its eastern end, where US Route 67 and Illinois 100 converge to cross the Illinois River southeasterly toward Beardstown.  That concurrency will soon reach Illinois 125, which connects to points east, like Virginia and Springfield...
Back to the Illinois home page.
​Back to the home page.