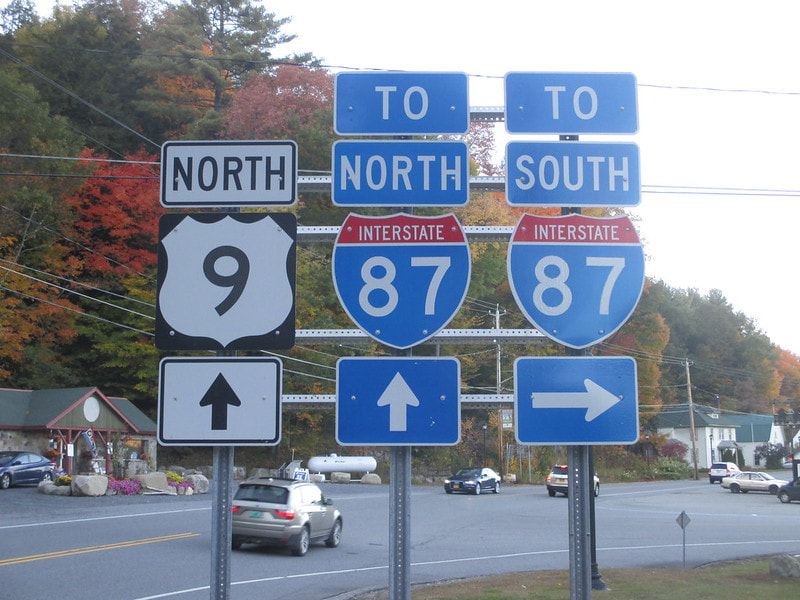 My photo of an Interstate 87 marker comes from a tiny hamlet called Pottersville, New York, in the Adirondacks.  The signage faces south on US Route 9, for the northbound traffic that's about to pass under Interstate 87.  A pair of side roads each lead to a partial interchange with Interstate 87 in this area.  The intersection home to this sign assembly is with the side road extending east to a partial interchange that provides access to and from the south leg of Interstate 87. Remember when I said Interstate 87 follows along the corridor of US Route 9?  US Route 9 winds back and forth over and under Interstate 87 many times in this area.  This photo was taken along the October 2015 trip to the northeastern United States.
Back to the nationwide main page.
Back to the home page.