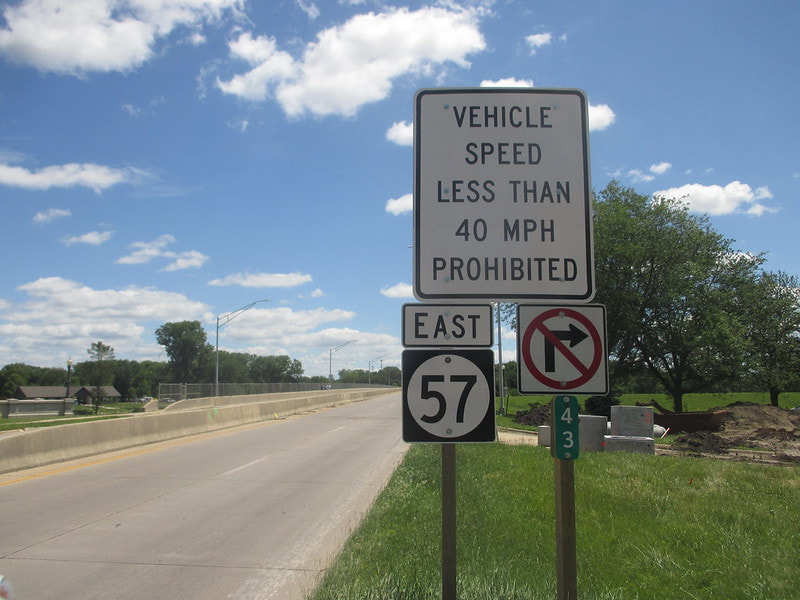 My photo for Iowa Route 57 is the last eastbound reassurance marker that an eastbound traveler could observe along Iowa Route 57, before reaching the eastern terminus at US Route 218 and Iowa Route 58.  Drivers seeing this sign assembly have just proceeded through the intersection with Main Street in Cedar Falls, to a point where Iowa Route 57 becomes a freeway approach to the interchange marking the eastern end of the route.  The transition to a freeway-like road is the reason why you see the sign prohibiting vehicle speeds below 40 MPH. Though I drove Iowa Route 57 from end to end in May 2022, this photo actually comes from July 1, 2017, on a trip when I crossed eastern Iowa from south to north.
Back to the Iowa main page.
Back to the home page.