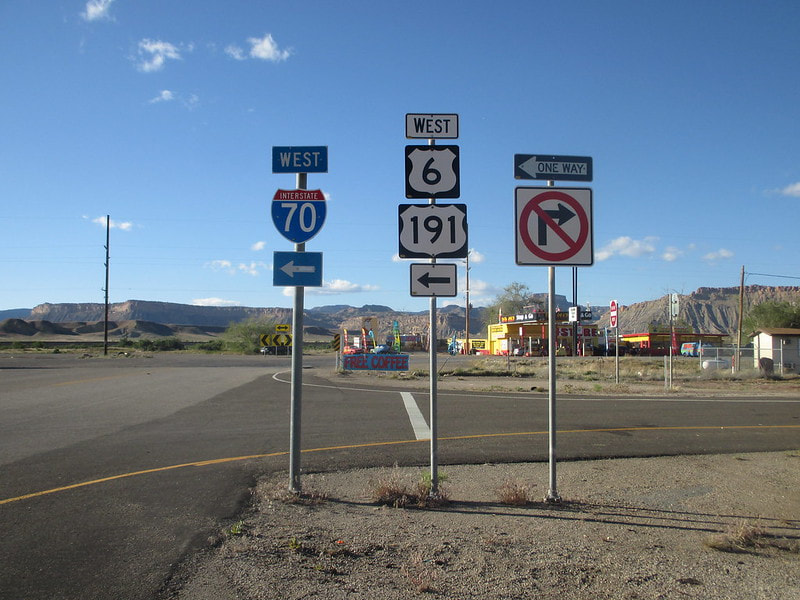 My photo of US Route 191 shows a sign assembly indicating where it joins Interstate 70 west, just north of Moab and Arches National Park in east-central Utah.  This photo was taken in late April 2017 after visiting Arches National Park, on my trip encircling the Grand Canyon to see Arches and four other national parks, plus Las Vegas.  You can see from looking at this photo that US Route 6 runs concurrent with Interstate 70 here; what you can't see is that US Route 50 runs concurrent with it as well (meaning this sign assembly is incomplete).