Illinois Route 127 is a long north-south route in southwestern Illinois.  It runs from a point halfway between Springfield and St. Louis, south almost all the way to Cairo.  It connects seven county seats in a row, and that's part of what makes it an important route through rural southwestern Illinois.

Interstate 55's exit 63 is the common endpoint to Illinois 127 and Illinois 48.  This is Illinois 127's northern endpoint, sending both routes heading east, concurrently from the interchange, toward Raymond: 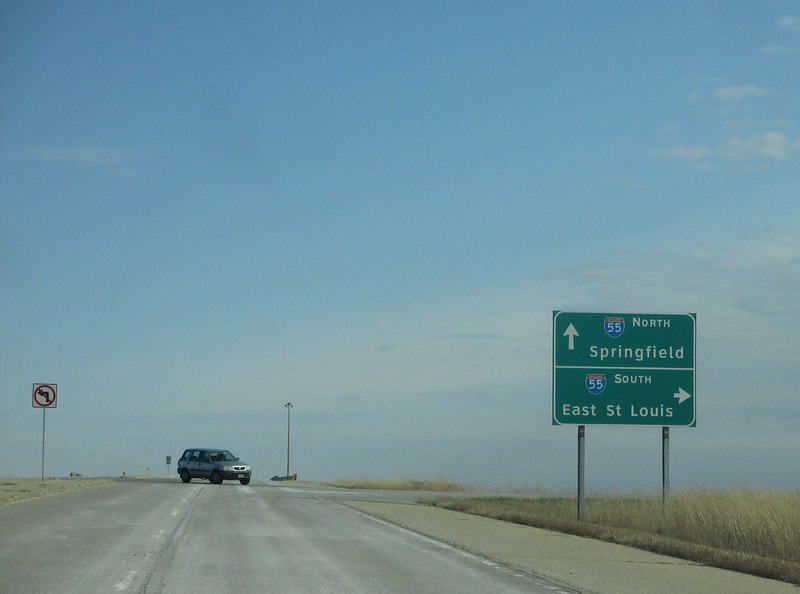 Then, at Raymond, the generally-diagonal Illinois 48 turns northeasterly, while Illinois 127 splits off to head southerly: 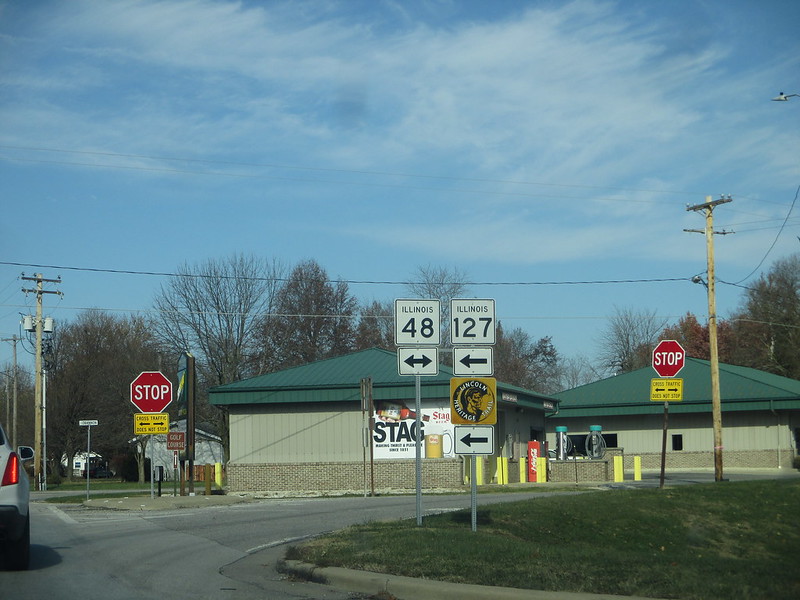 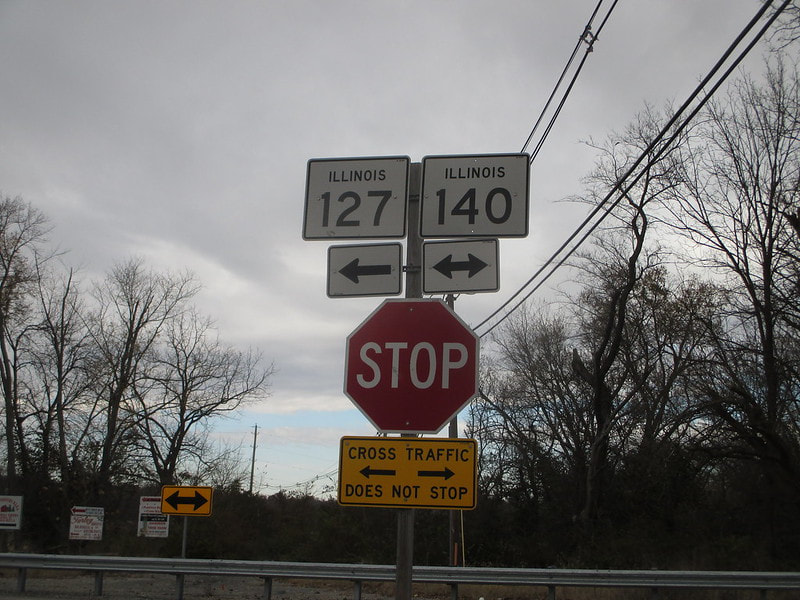 In Greenville, which is the second county seat, Illinois 127 crosses US Route 40: 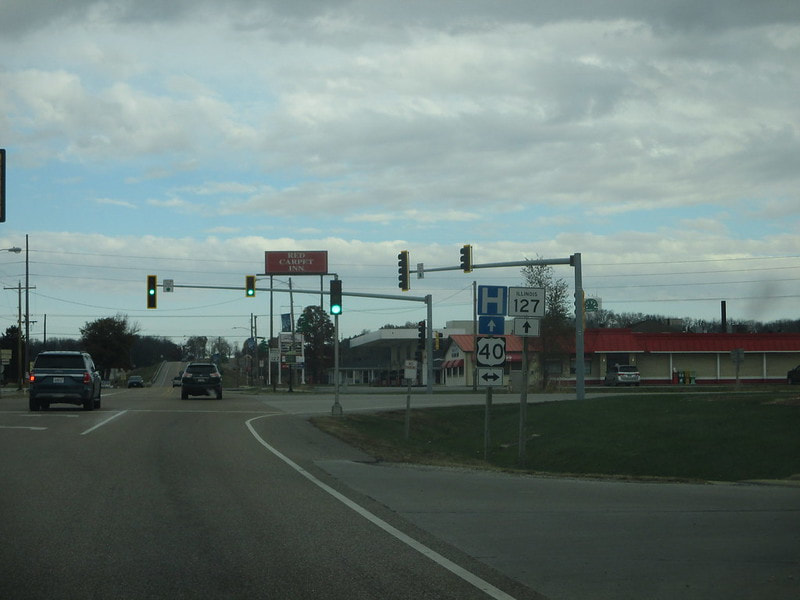 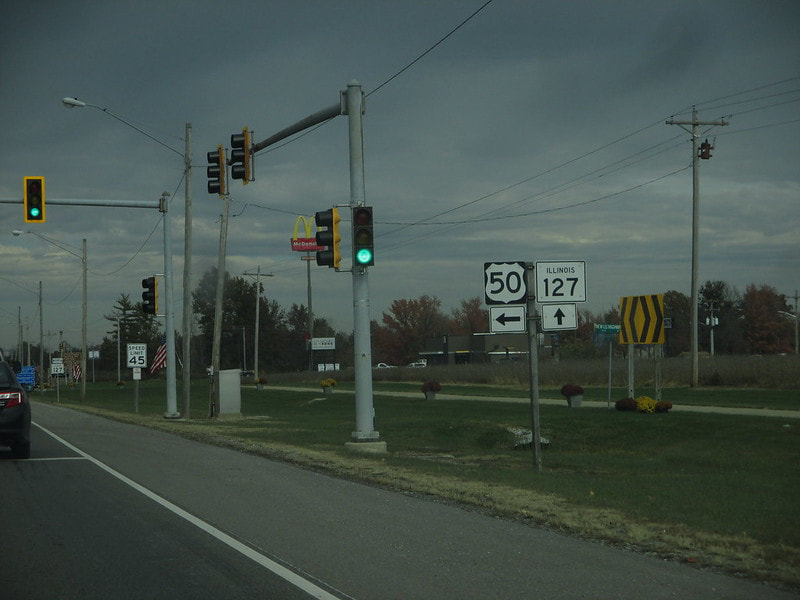 Then, in downtown Carlyle (county seat number three), US Route 50 splits from Illinois 127 to continue east: 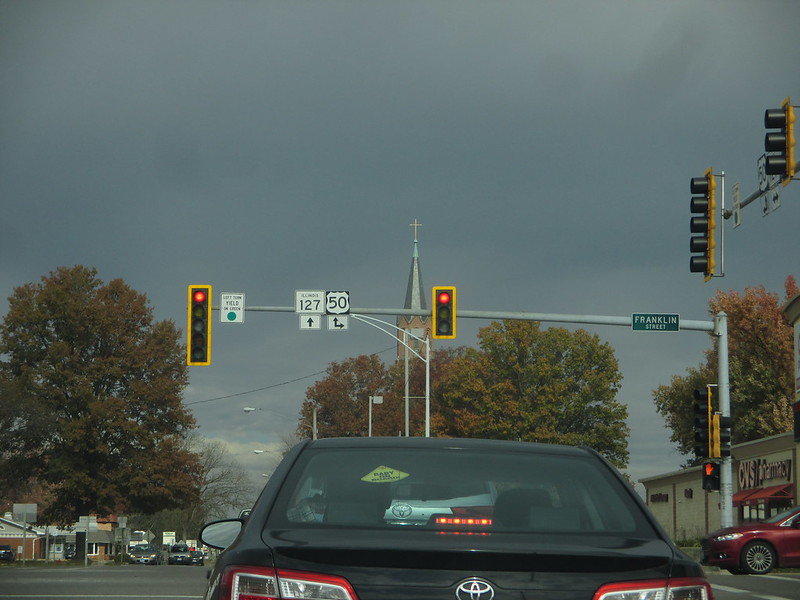 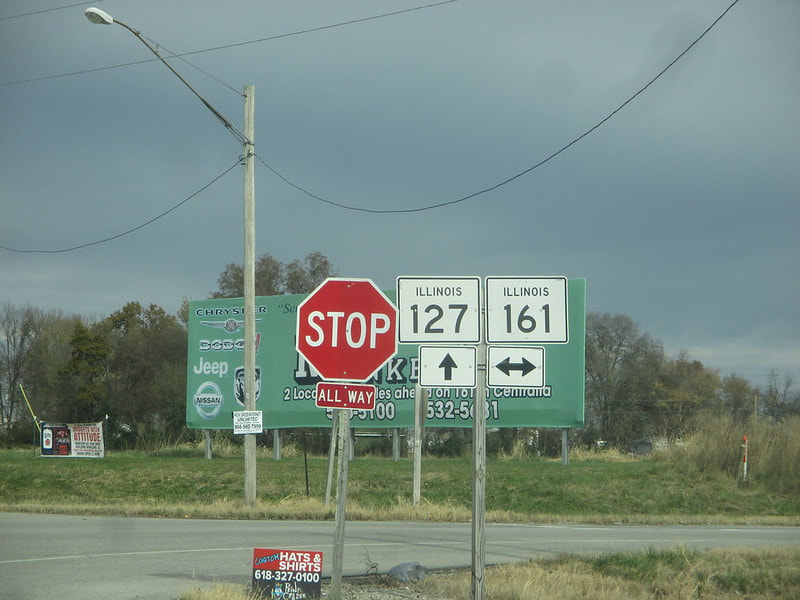 At New Minden, Illinois 127 encounters Illinois 177 at a 4-way intersection: 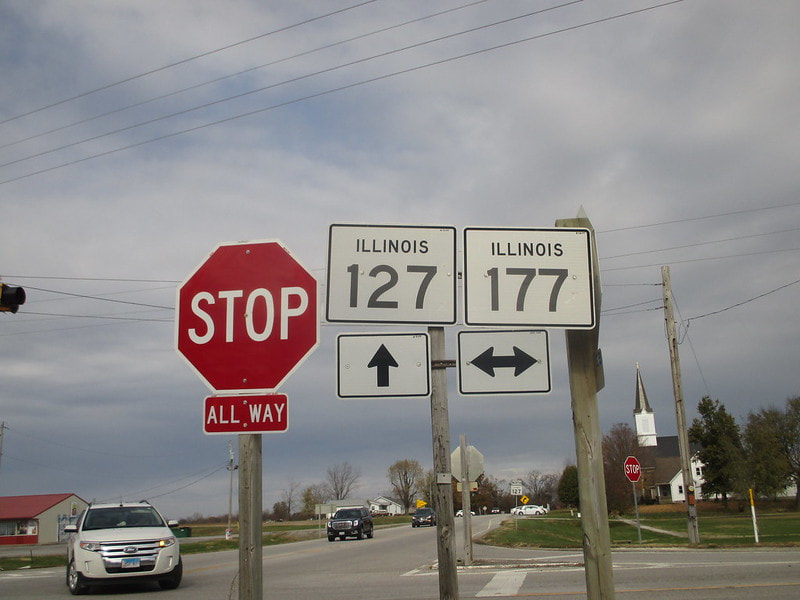 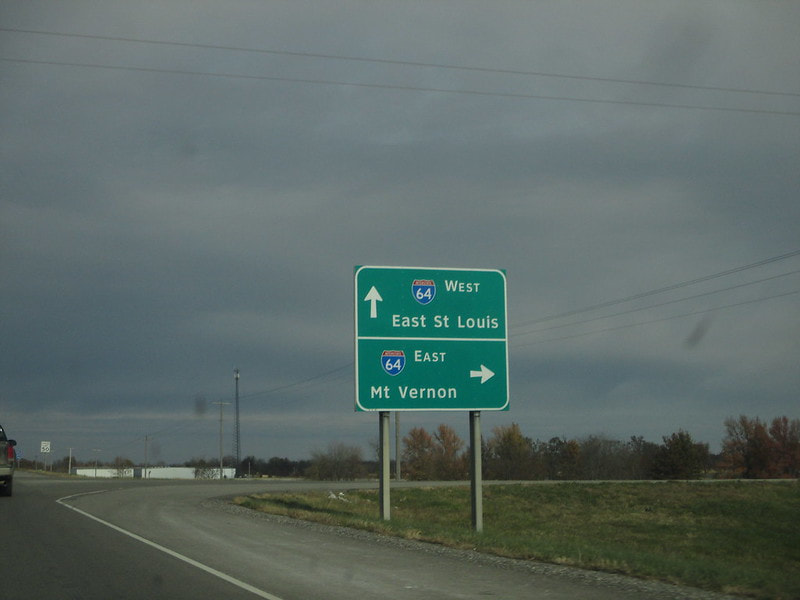 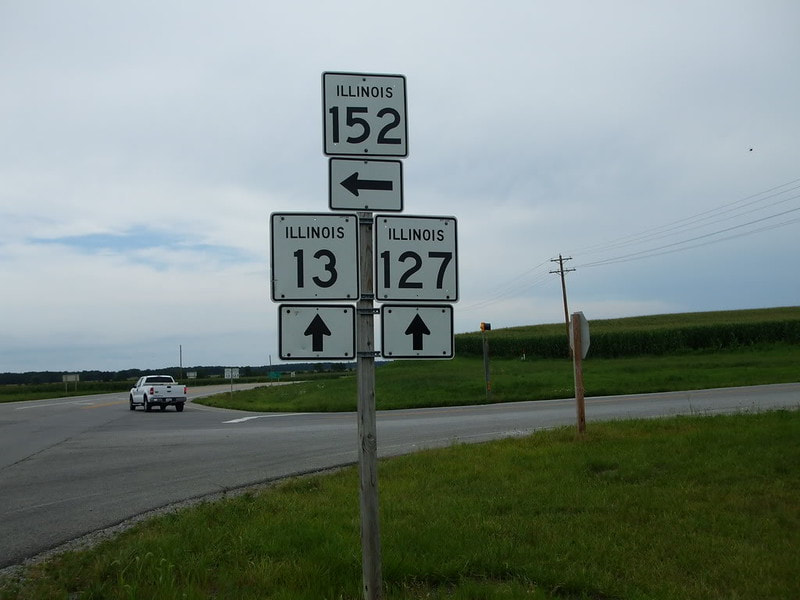 South of Vergennes, Illinois 127 and Illinois 13 continue southward together past the southeastern end of Illinois 4: 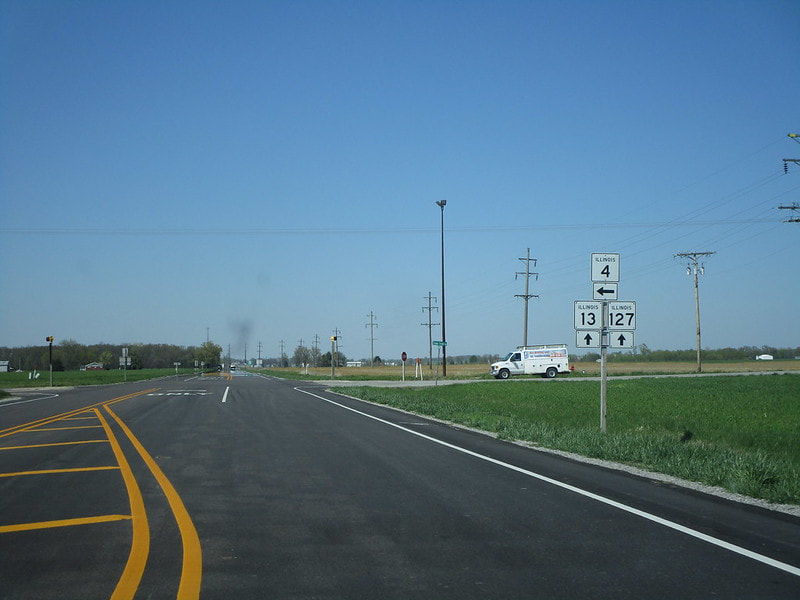 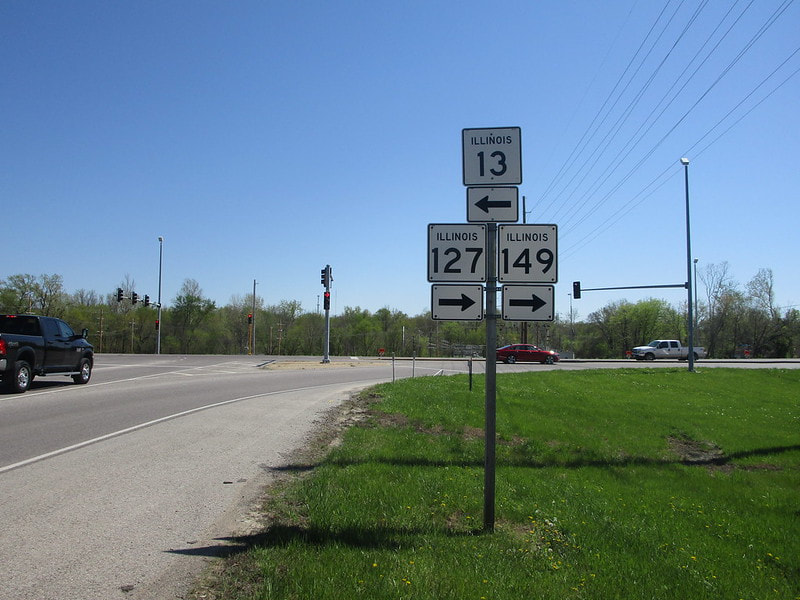 A couple blocks west of that T-intersection, Illinois 127 splits off to continue south, whereas Illinois 149 continues west into downtown Murphysboro.  This and the previous two junctions are in Murphysboro, the sixth of the seven county seats connected by Illinois 127: 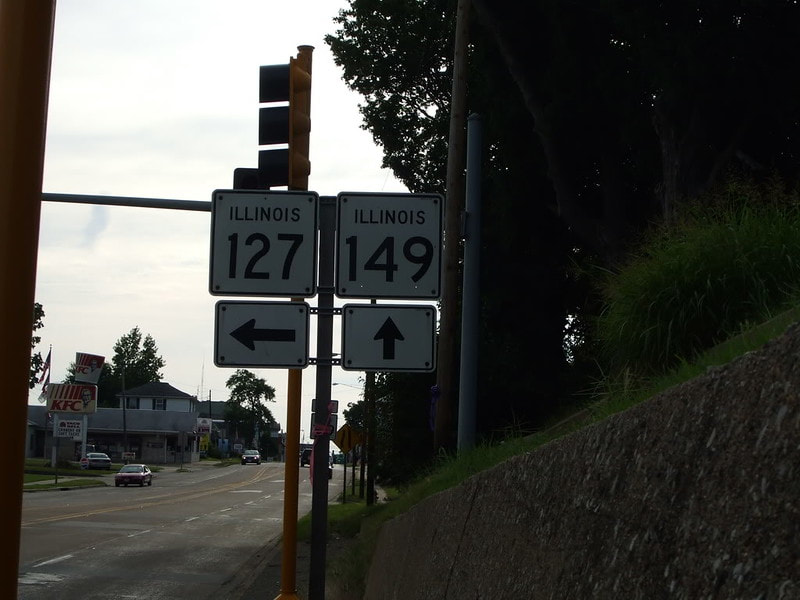 After passing through Alto Pass and the heart of the Shawnee Hills Wine Trail, Illinois 127 reaches Illinois 146, and turns easterly to follow that route into Jonesboro: 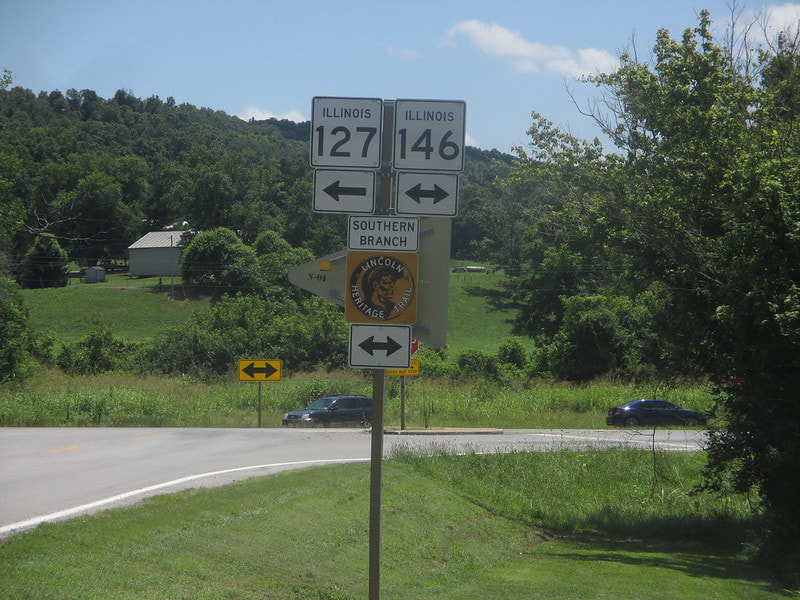 At a long-standing roundabout in Jonesboro, the seventh and final county seat traversed by Illinois 127, the route splits from Illinois 146 to resume heading southward: 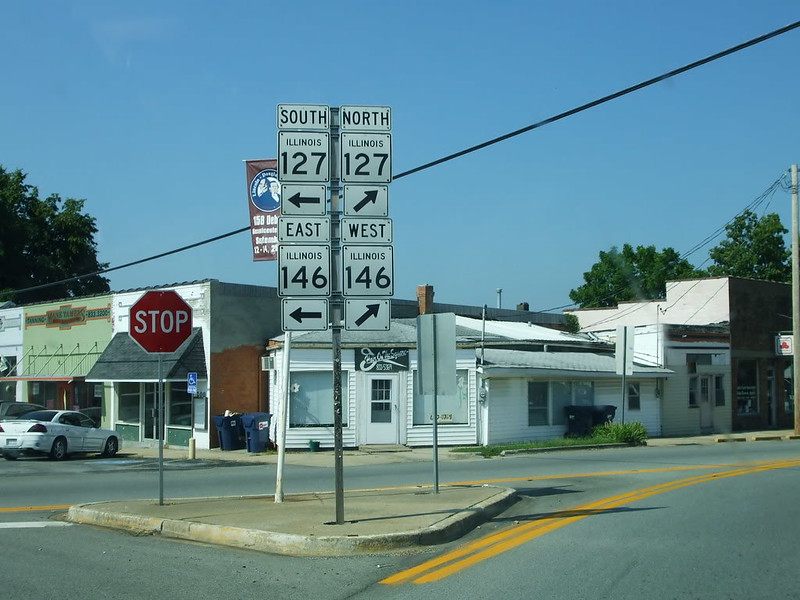 Illinois 127 finally reaches its southern end at Illinois 3 in Alexander County, where travelers can continue south to Cairo (yet another county seat) or to Interstate 57.
Back to the Illinois main page.
​Back to the home page.