​​​US Route 31 in Michigan hugs the western edge of the Lower Peninsula, which is to say, it hugs Michigan's shoreline along Lake Michigan.  It is almost always the westernmost longitudinal (north-south) marked highway in the Lower Peninsula, but that doesn't mean it's right along the Lake Michigan shoreline all the time. The southern ingress into Michigan is at the Indiana state line, where Niles, Michigan, meets South Bend, Indiana.  From this point in southwestern Michigan, US Route 31 heads north to Benton Harbor as a freeway.  It joins Interstate 94 for a short bit before tagging along with the majority of Interstate 196.  At Holland, US Route 31 splits from Interstate 196, but it remains a four-lane divided highway that upgrades to freeway status again by Grand Haven and Muskegon.  US Route 31's last freeway segment continues from Muskegon to Ludington.  Beyond Ludington, US Route 31 keeps going without freeway status, through Manistee to Benzonia.  Near Benzonia, US Route 31 bends easterly to the Traverse City area.  US Route 31 continues northeast from Traverse City, through Charlevoix and Petoskey, to its northern terminus.  The northern terminus is a split from or merge into Interstate 75 just south of Mackinaw City; this occurs near the northern tip of Michigan's Lower Peninsula. 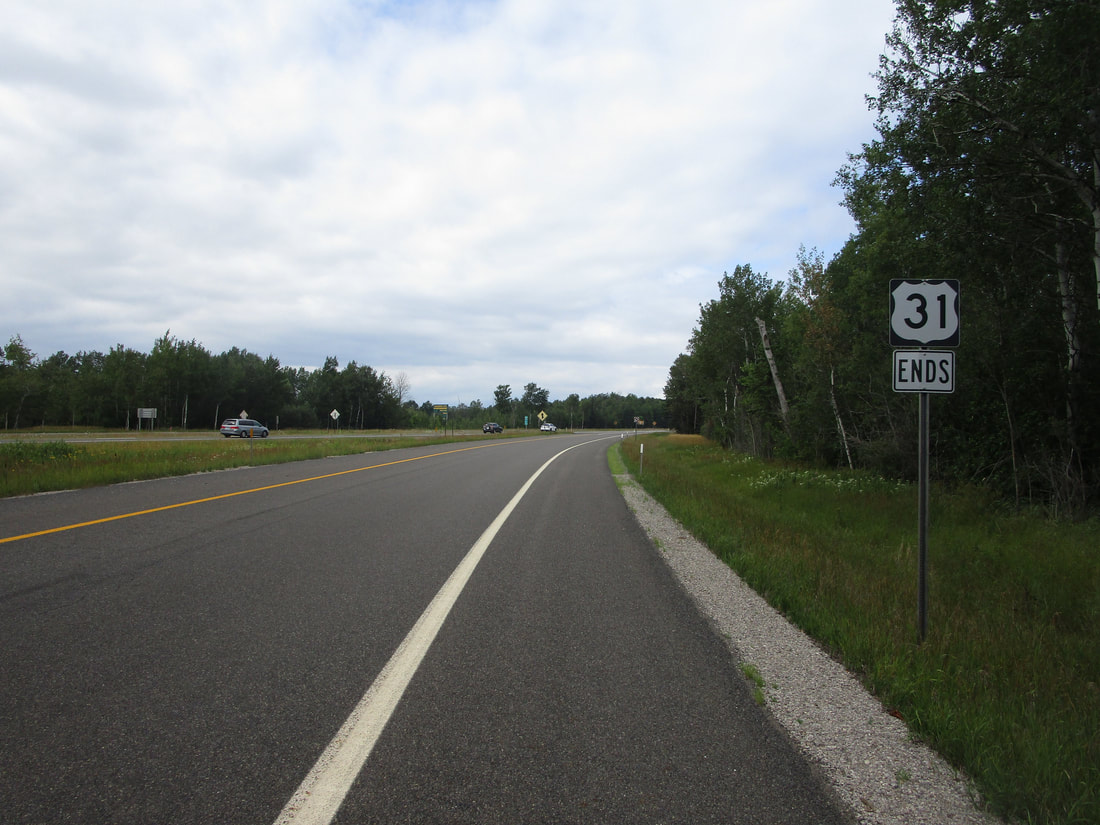 My photo of US Route 31 shows the first southbound trailblazer, for travelers encountering the northern beginning of the route, near Mackinaw City.  Vehicle operators departing from Interstate 75 will see the sign assembly depicted shortly after opting for the exit to US Route 31. This photo was taken at the very start of August, 2022, during the trip to the Keweenaw, Drummond Island, and Alpena.