The exit list for Interstate 70 begins in the west and continues east, to coincide with the national mile numbering scheme. 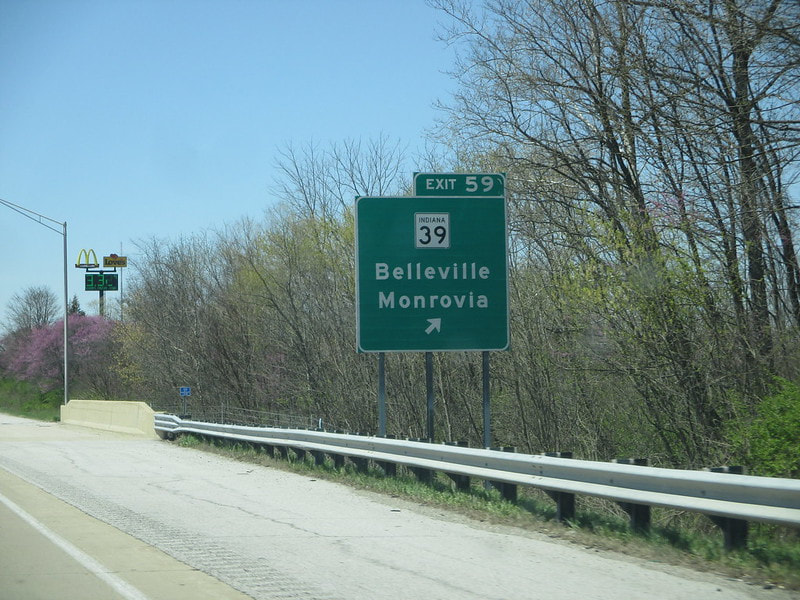 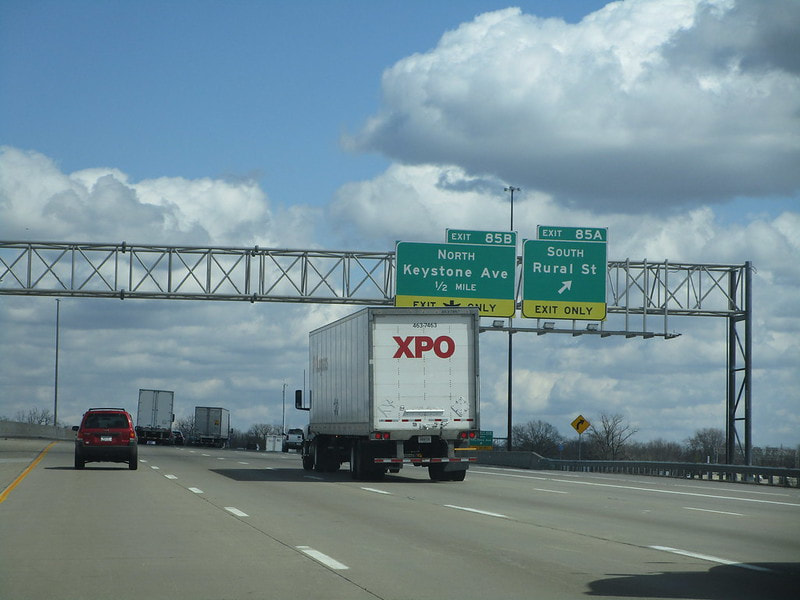 Exit 85B is for Keystone Avenue northbound, along the same alignment as Rural Street (westbound sees a single exit 85 for these two street designations): 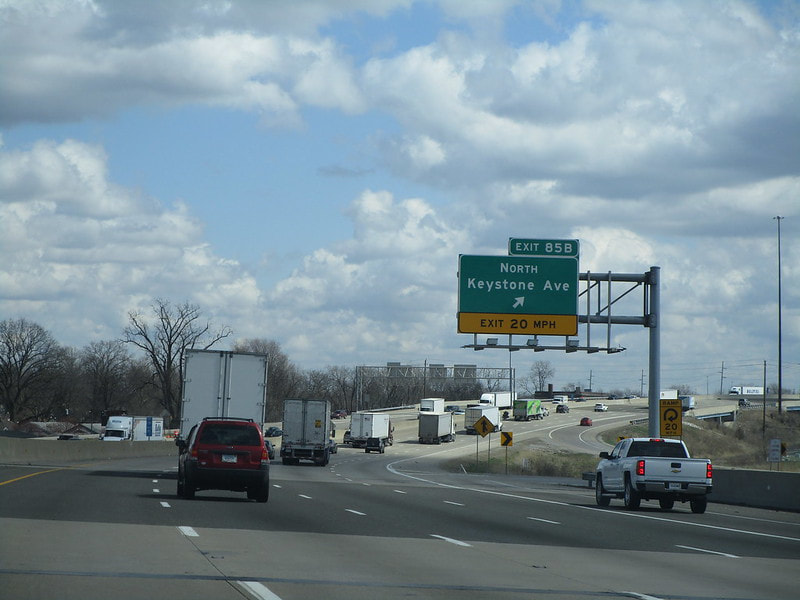 Exit 87 is for Emerson Avenue: 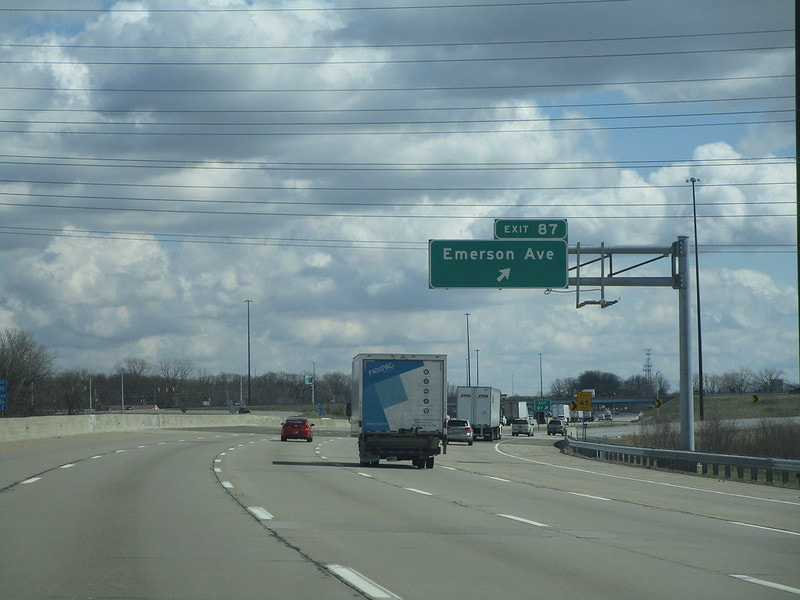 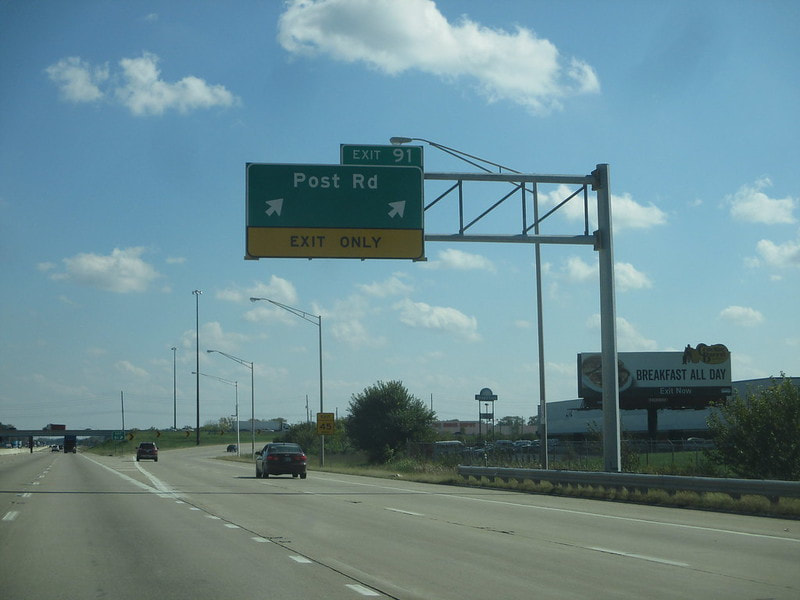 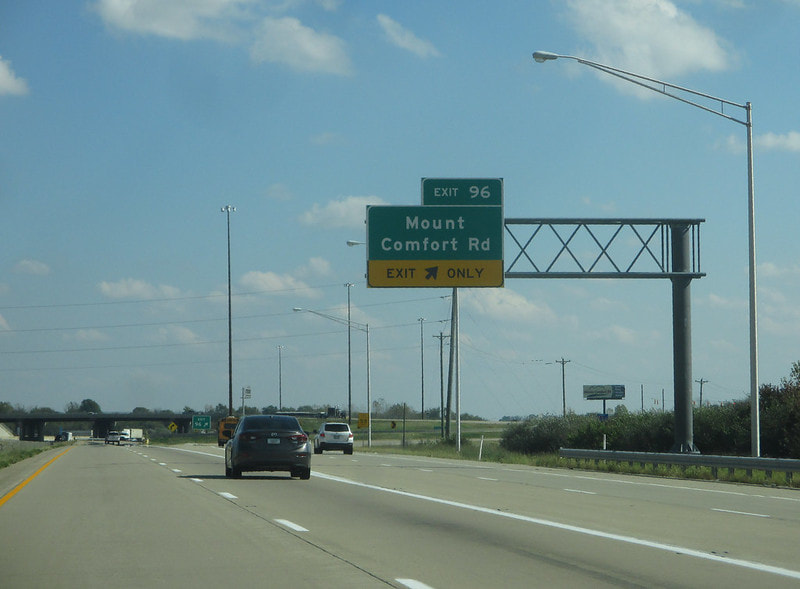 Exit 104 is for Indiana Route 9, with access to Maxwell and Greenfield: 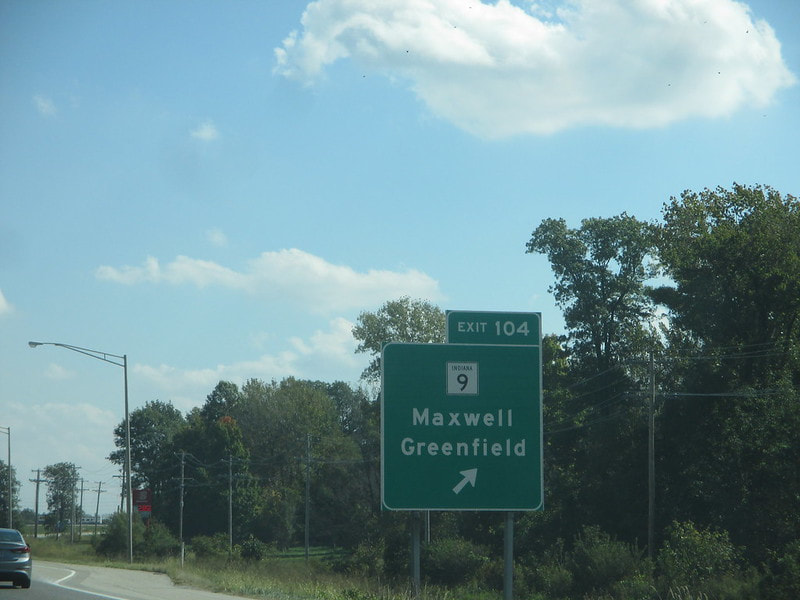 Exit 115 is a half-folded diamond to Indiana Route 109, which links to Wilkinson and Knightstown: 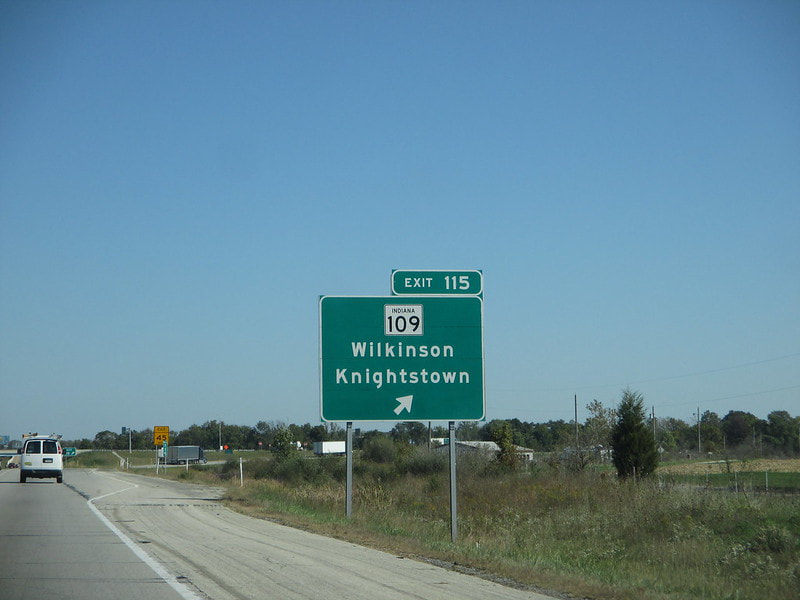 Exit 123 is a fountain interchange for Indiana Route 3, which provides access to New Castle and Spiceland...
Exit 131 is a common diamond interchange to Wilbur Wright Road: 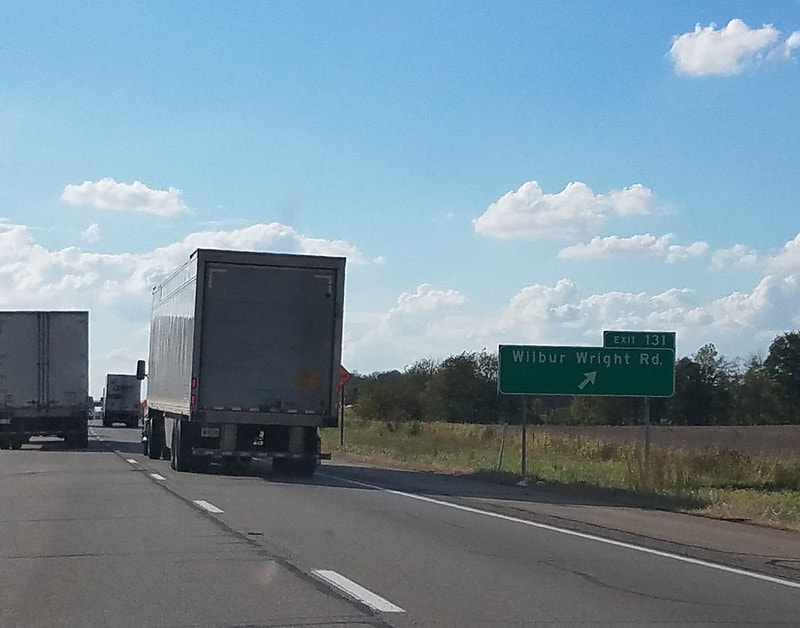 Exit 137 is for Indiana Route 1, which provides a connection to Connersville and Hagerstown: 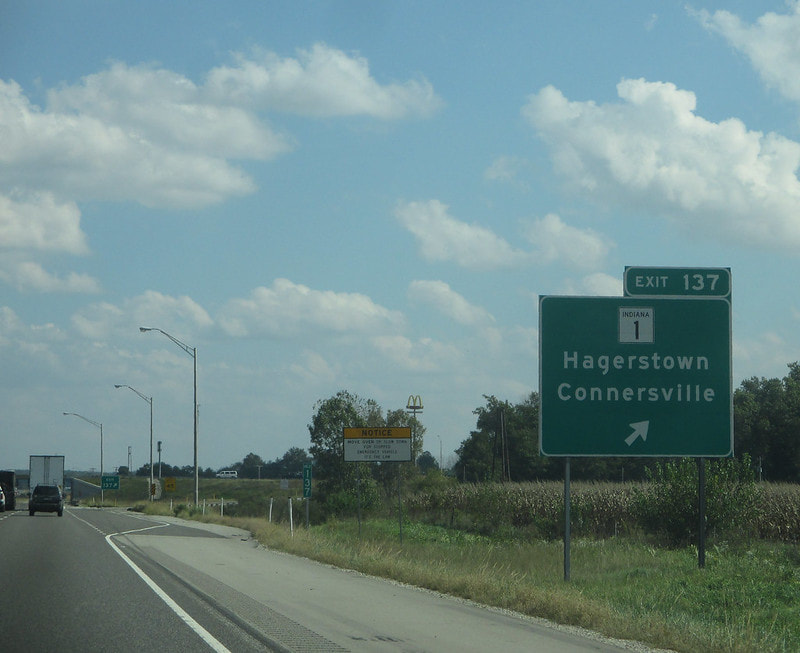 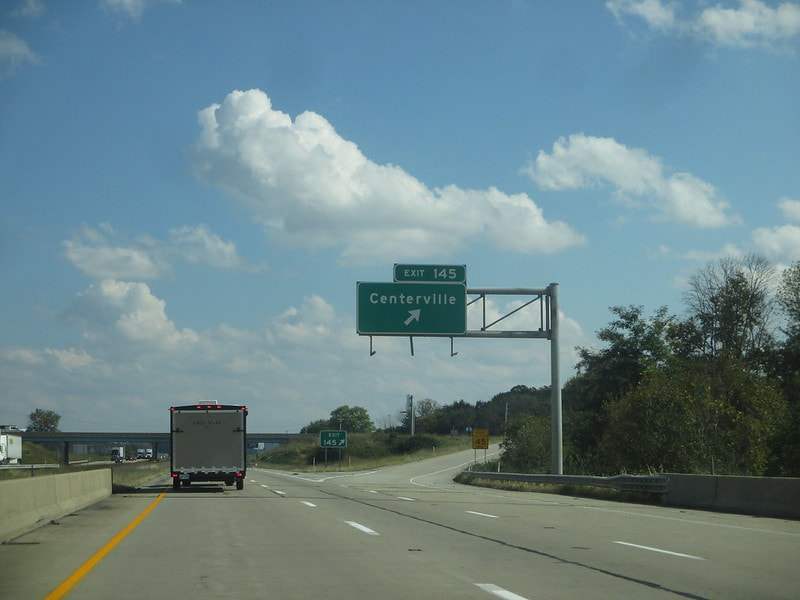 Exit 149A is the first half of a directional interchange, with this first ramp reaching Williamsburg Pike and Tom Raper Way (this once was designated US Route 35 into Richmond): 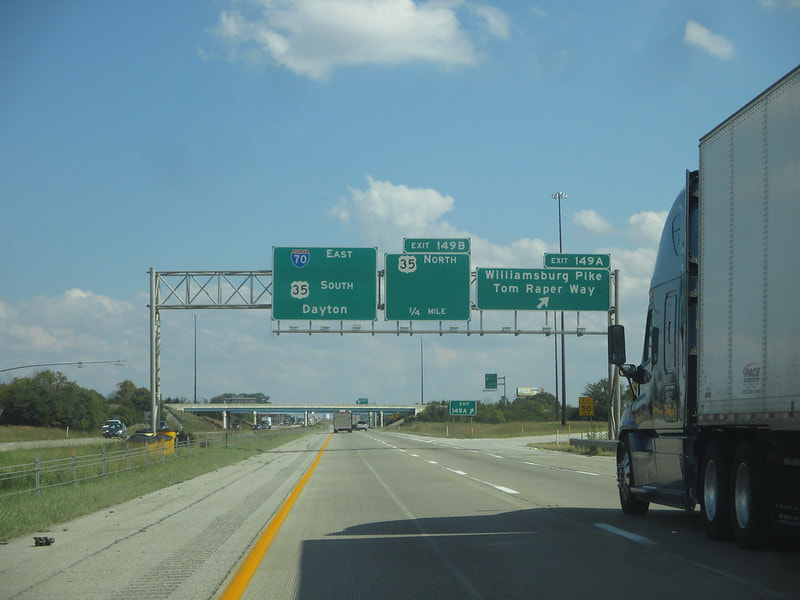 Exit 149B is the other half of the interchange, leading to US Route 35 northbound.  Southbound US Route 35 joins Interstate 70 east here (the space on the sign used to mention Indiana Route 38, which ends just to the north): 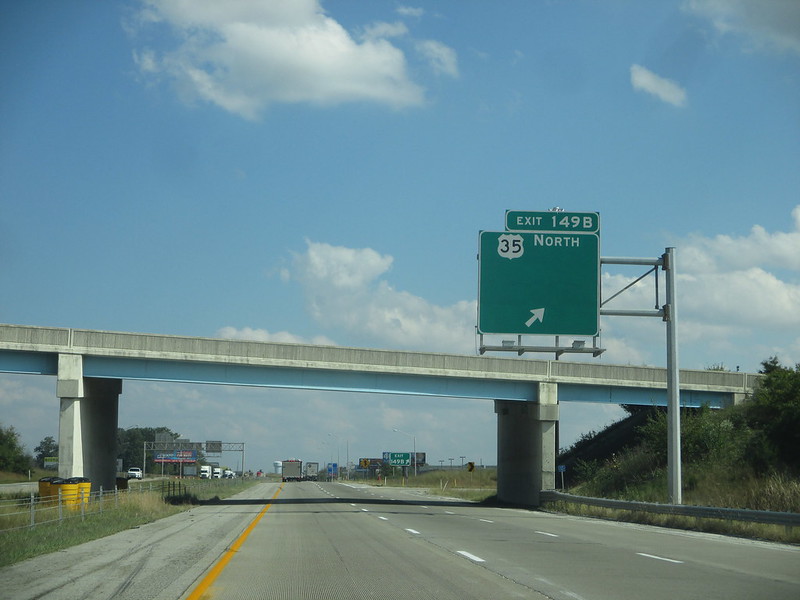 Exit 151 is a single-point interchange to US Route 27 and Chester Blvd.: 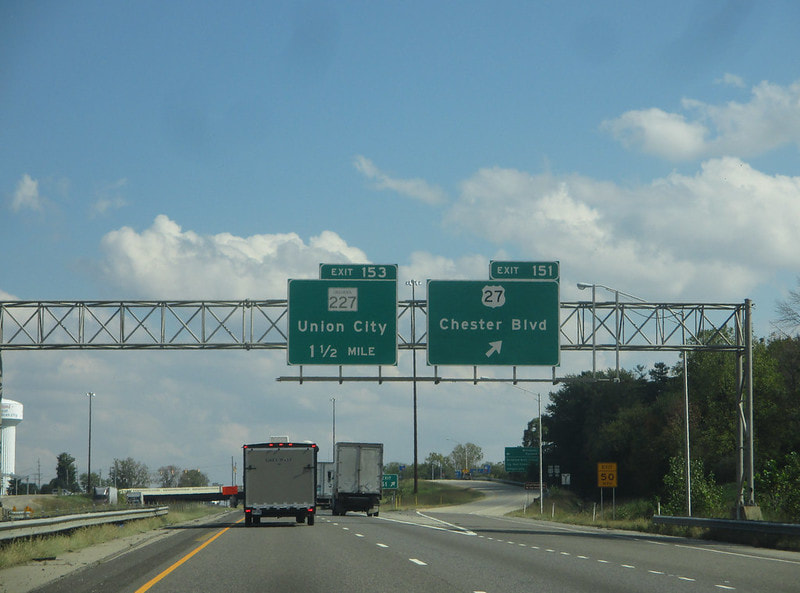 Exit 153 is a fountain interchange to Indiana Route 227 in Richmond, and Union City is listed a a control city: 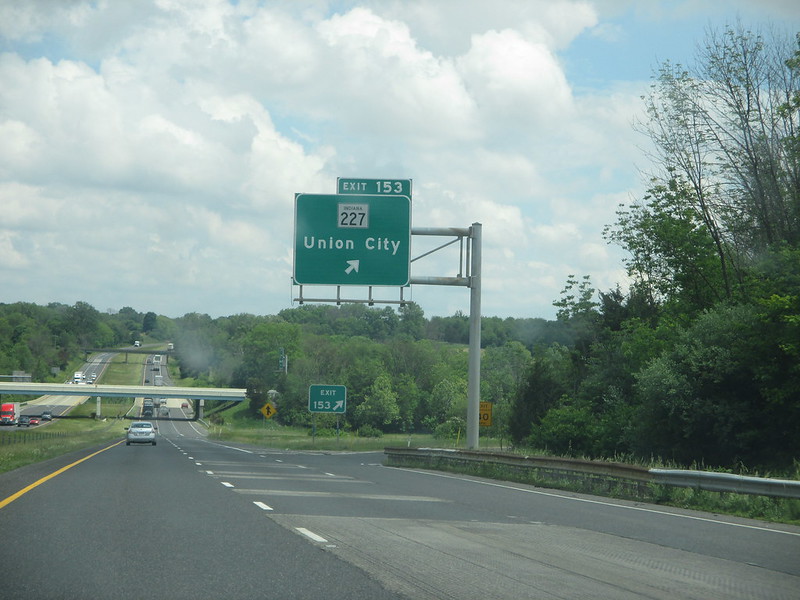 Exit 156A is the first half of an interchange right on the Ohio border, and this first ramp leads to US Route 40 east, also known as National Road...
Exit 156B is the part of the interchange leading to US Route 40 east toward Lewisburg, Ohio...
The interchange with exits 156A and 156B are right is the Ohio border, and Interstate 70 continues east toward Dayton and Columbus in Ohio, carrying US Route 35 with it for the moment.  Eventually, Interstate 70 gets all the way to Baltimore, Maryland!