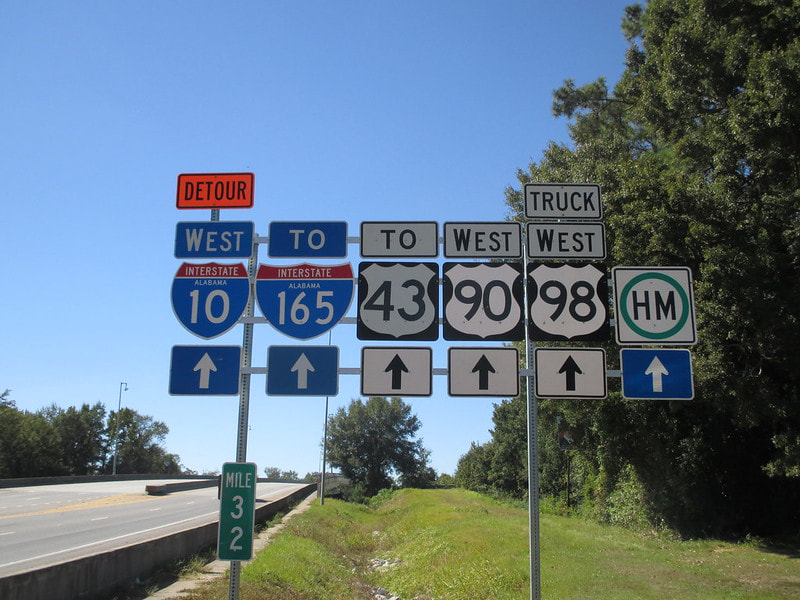 My photo for US Route 90 was part of this smorgasbord of signs, which I found in Mobile, Alabama. This alignment of US Route 90 shown in the photo crosses over the highway home to the southern end of US Route 43.  The truck route for traffic on US Route 98 follows the highway shown here, too. I saw an opportunity to photograph five different route shields at the same time!  How could I resist?  This was part of my first trip to the Gulf Coast in October 2014.
Back to the nationwide main page.
​Back to the home page.