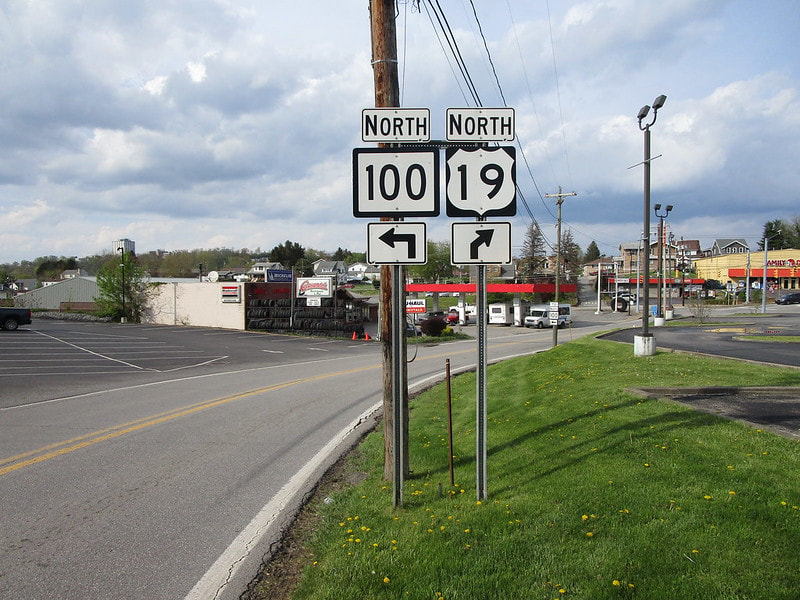 My photo for US Route 19 comes from the west side of Morgantown, West Virginia.  In Morgantown, the overall layout has US Route 119 running north-south through town, whereas US Route 19 runs east-west.  In this photo, US Route 19 is heading eastward into the background, and West Virginia Route 100 is spawned at its southern beginning.  This photo was taken late in the day, so sign assemblies facing west like this one would create a situation with favorable lighting.  I was on the way home from the Virginia trip of April 2021, when taking this photo.  US Route 119 and downtown Morgantown lie just to the east, into the photo's background.
Back to the nationwide main page.
Back to the home page.