Iowa Route 38 is a north-south highway in eastern Iowa.  It lies east of Cedar Rapids and the Interstate 380 corridor, but west of Davenport and the US Route 61 corridor that extends north of there. The southern end is in Muscatine, at the western approach to the bridge over the Mississippi River, which carries Route 92.  The business alignment of US Route 61 in Muscatine is duplexed with Iowa Route 38's last segment. The northern end is at Iowa Route 3 near Edgewood, about thirty miles west of Dubuque. Tipton and Monticello are served by Iowa Route 38, as are several other towns. 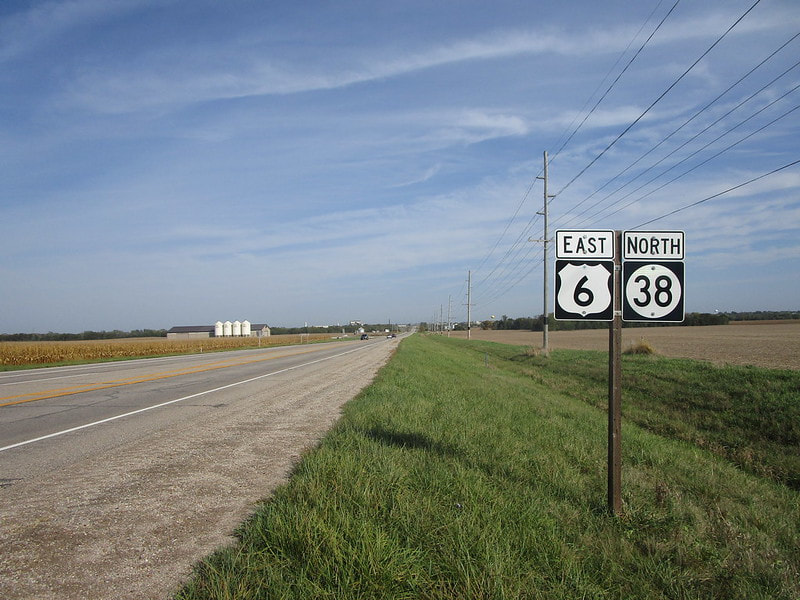 My photo of Iowa Route 38 comes from an intersection near Wilton, where US Route 6 comes from the west to join Route 38 north.  US Route 6 uses Iowa Route 38 as a means of joining Interstate 80 east until Davenport.  The signage depicted marks the southern start of the concurrency shared between the two routes, facing northbound traffic.  This photo was taken at an early part of my trip to southern Iowa in October 2021.
Back to the Iowa main page.
Back to the home page.