Iowa Route 281 is a route connecting Waterloo to points northeast, culminating in a terminus on the south side of Oelwein.  The route heads east, then north, then east again, to provide an idea of its overall shape.  The western end is an unceremonious one, at the eastern municipal boundary of Waterloo, about a quarter of a mile west of Elk Run Road.  From that point, Iowa Route 281 heads east for about five miles, then north for about nine miles, then east for about thirteen miles.  The eastern end is at Iowa Route 150 at the south end of Oelwein. 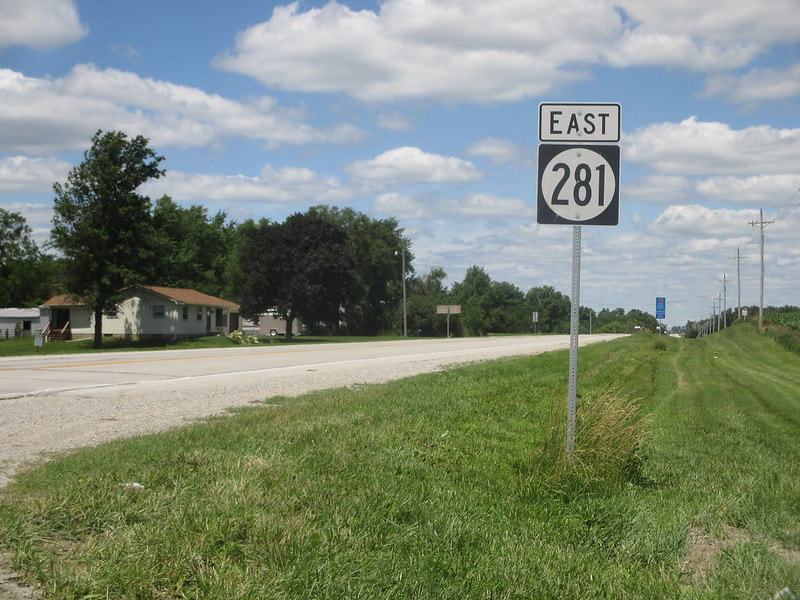 My photo of Iowa Route 281 comes from its southernmost bend, about five miles east of Waterloo's eastern boundary.  This is the point where Iowa Route 281's westernmost segment bends into a northbound section.  Though the banner says "east", the sign is actually guiding northbound traffic, facing toward the south.  At this point, Iowa Route 281 has just rounded the bend from eastbound to northbound. This photo was taken on July 1, 2017 during my trip across eastern Iowa.
Back to the Iowa main page.
Back to the home page.