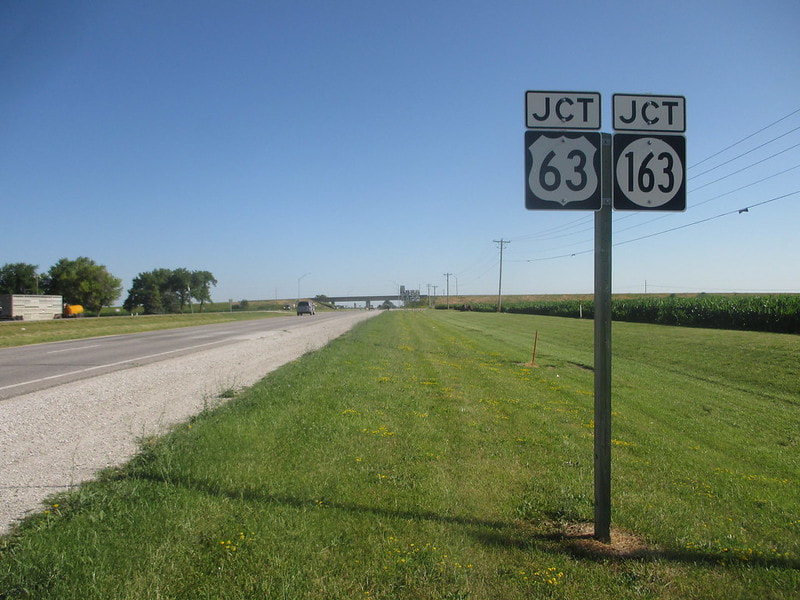 My photo of a US Route 63 marker in Iowa comes from Ottumwa, Iowa, along the roadway carrying Iowa Route 149 north out of town. Since US Route 63 and Iowa Route 163 run together around the north side of town, the two routes appear together on this northbound junction marker.  The signage faces south on the north side of Ottumwa, alerting northbound travelers on Iowa Route 149 of the upcoming interchange. July 1, 2017, was the date when I took this photo traveling across eastern Iowa.
Back to the Iowa main page.
Back to the home page.