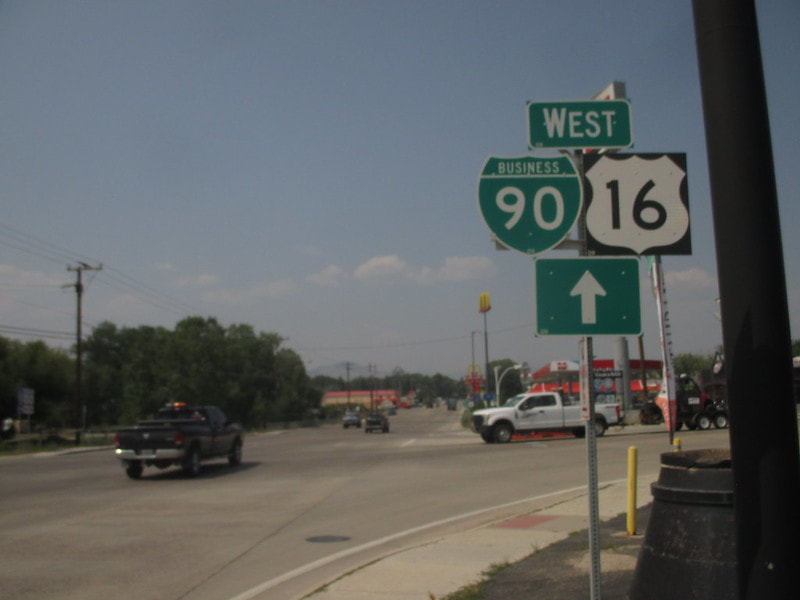 My photo for US Route 16 is a westbound trailblazer that faces east toward its interchange with Interstate 25 in Buffalo, Wyoming. This photo was taken across the street from the site of my Interstate 25 photo.  Both photos were taken during a pit stop that occurred along the return trip from the Pacific Ocean, in August 2018.  Interstate 90, which lies just to the north, was given an alternate business route through town, following US Route 16 along this stretch.
Back to the nationwide main page.
Back to the home page.