Indiana State Route 121 occupies two separate and unrelated segments of highway in east-central Indiana.  The northerly of the two segments runs from US Route 27 in Richmond east to the Ohio border, becoming Ohio State Route 121.  The southerly of the two routes should be a northern extension of Indiana Route 229, running south out of Connersville.  The northern end is at Indiana Route 1 in Connersville and it continues south to US Route 50 near Metamora, at a point just west of the northern end of Indiana Route 229. 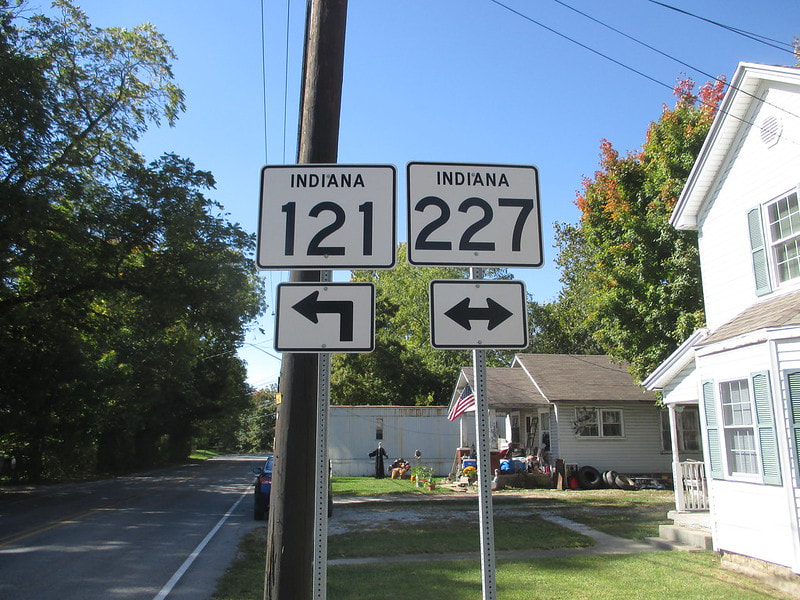