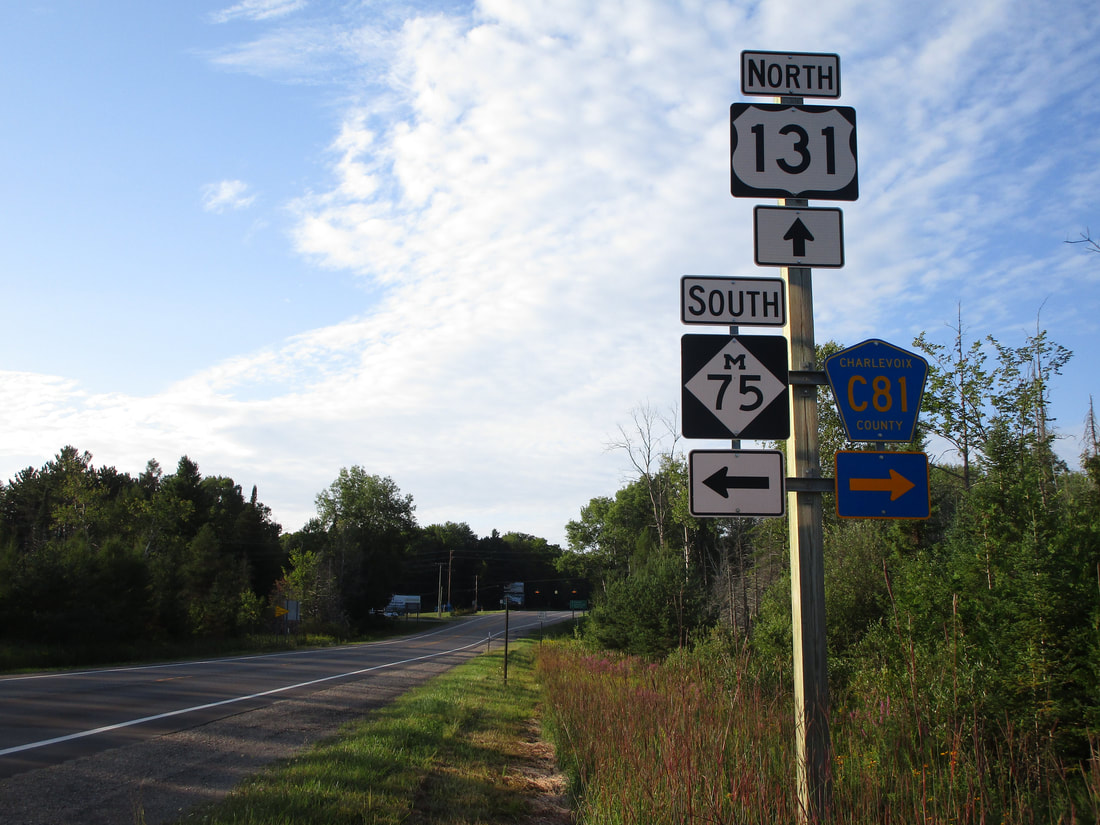 My photo of a Michigan Highway 75 marker comes from its northern endpoint at Walloon Lake.  The signage shown faces south along US Route 131 for the northbound traffic on that route.  Most people heading north on US Route 131 would opt for a left turn onto the southern end of Michigan Highway 75, but this signage is in place for those who want to turn southwesterly toward Boyne City.  This photo was taken in August 2020 along a trip to the Porcupine Mountains, Pictured Rocks, Mackinac Island, and Traverse City (I was between the last two destinations when taking this photo).