​​Michigan Highway 58 is a short east-west highway in Saginaw, Michigan.  The eastern end is a partial interchange with Interstate 675 in the section of Saginaw sitting just across the Saginaw River from Downtown. The partial interchange provides easy access on and off the portion of Interstate 675 extending farther to the east, so travelers can continue their eastward or westward pathing. Don't fret if you need Interstate 675's northern portion, though; a pair of nearby ramps are also provided for accessing the Interstate to and from the opposite direction, too.  From this eastern endpoint, Michigan Highway 58 starts out heading west along a pair of one-way streets. That pair of one-way streets merges into a single two-way alignment about three miles later, and the two-way road lasts only another two miles beyond that.  The five-mile totality of Michigan Highway 58 ends in the west at Michigan Highway 47. 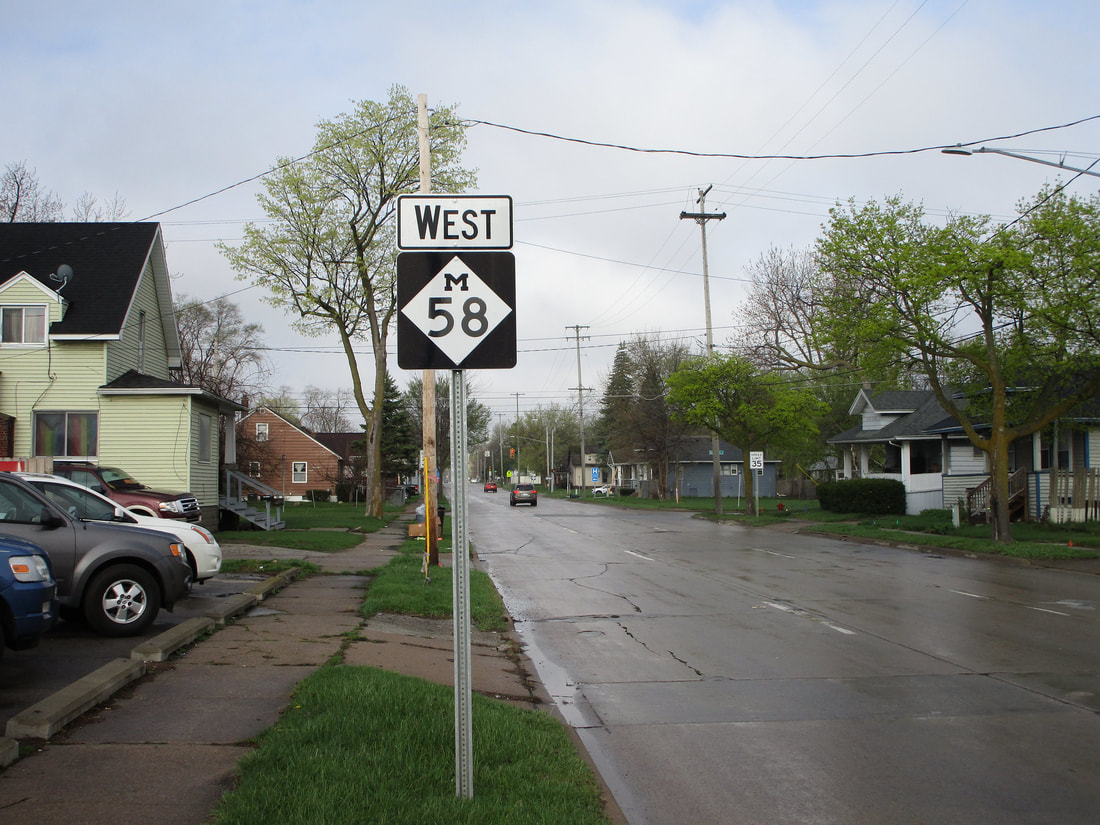 My photo of Michigan Highway 58 shows a westbound reassurance marker on the left side of the road, at the route's eastern end in Saginaw.  Travelers exiting Interstate 675's westbound side will be greeted by this sign, and a matching one on the right side of the street, as they transfer onto Michigan Highway 58.  The signage depicted faces east, at the corner of Davenport Street and Michigan Avenue.  The photo was taken on a morning in April 2021, embarking on the return trip from a drive around Metro Detroit and Michigan's Thumb.