Interstate 155 was built as a way to get to Peoria from points south along Interstate 55, like Springfield and St. Louis.  It's also handy as a shortcut for getting to Galesburg and the Quad Cities from those southerly points, via Interstates 55, 155, and 74.  The northern end is at Interstate 74 in Morton, just shy of Peoria, and from there Interstate 155 runs about 32 miles south to Interstate 55 at Lincoln, shy of Springfield.  This 32-mile north-south section of freeway lies in a rural zone west of Bloomington-Normal in central Illinois, within Tazewell and Logan Counties. 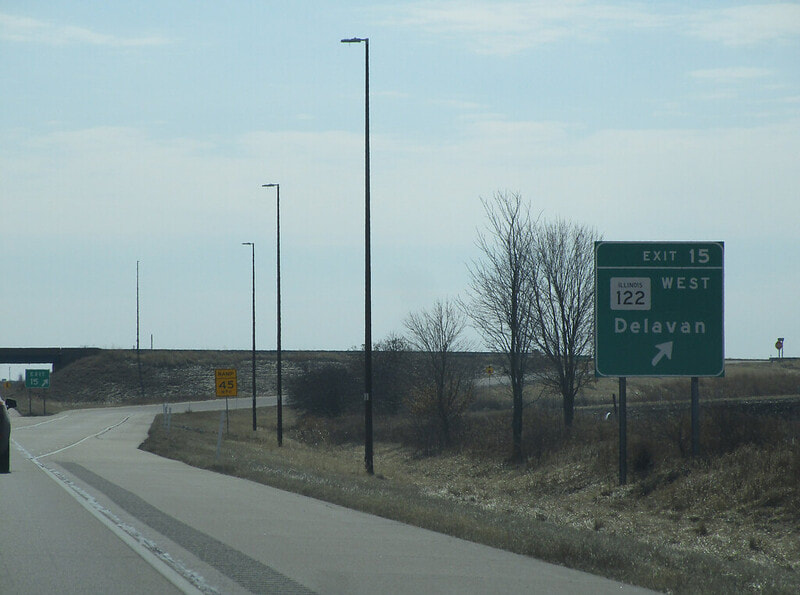 Exit 19 is for Illinois 122 east toward Hopedale, at the point where Illinois 122 ends its concurrency to continue eastward past Interstate 155: 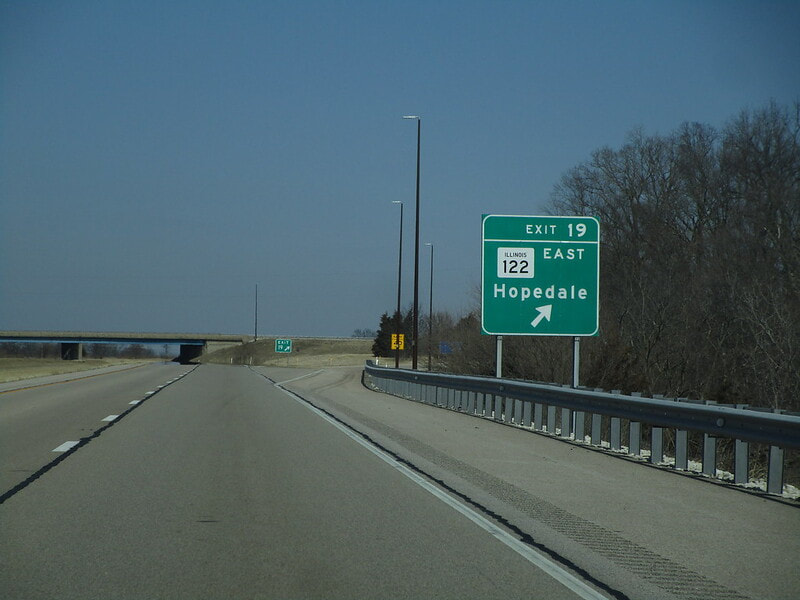 Exit 22 is for Townline Road, a county road in rural Tazewell County: 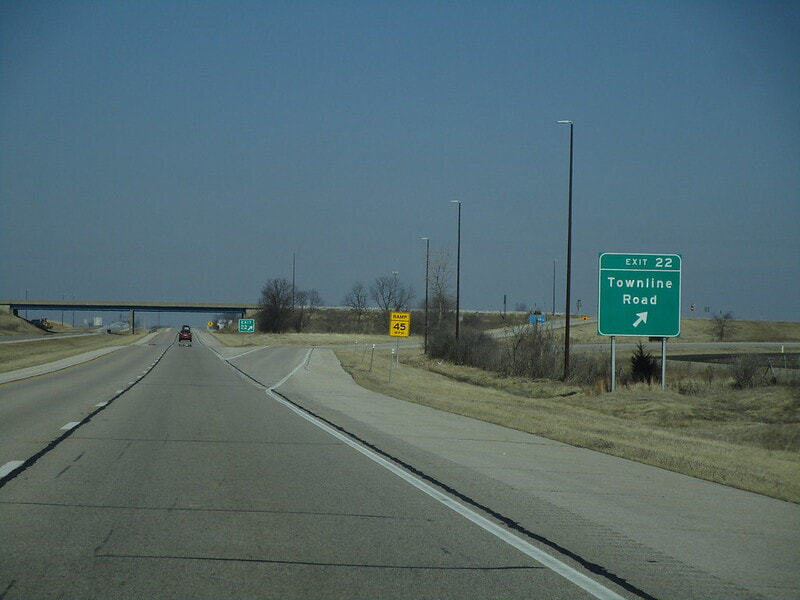 Exit 25 is for Illinois 9, signed as a route to Pekin and Bloomington, even though the town of Tremont is right next to the interchange: 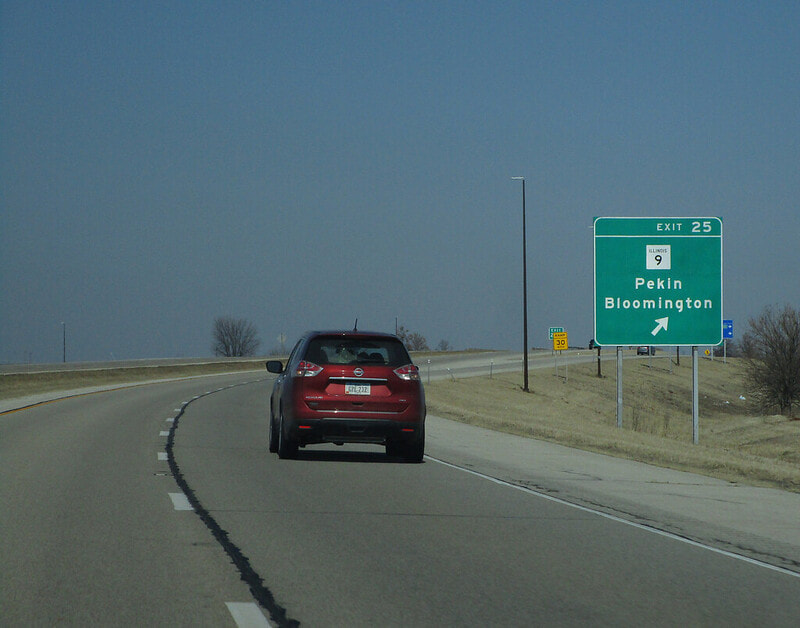 Exit 28 is for Broadway Road, named after its eventual existence as Broadway Street in Pekin to the west:

Exit 29 is a partial-access interchange to the southern beginning of Morton's Main Street; this only allows access to/from the south: 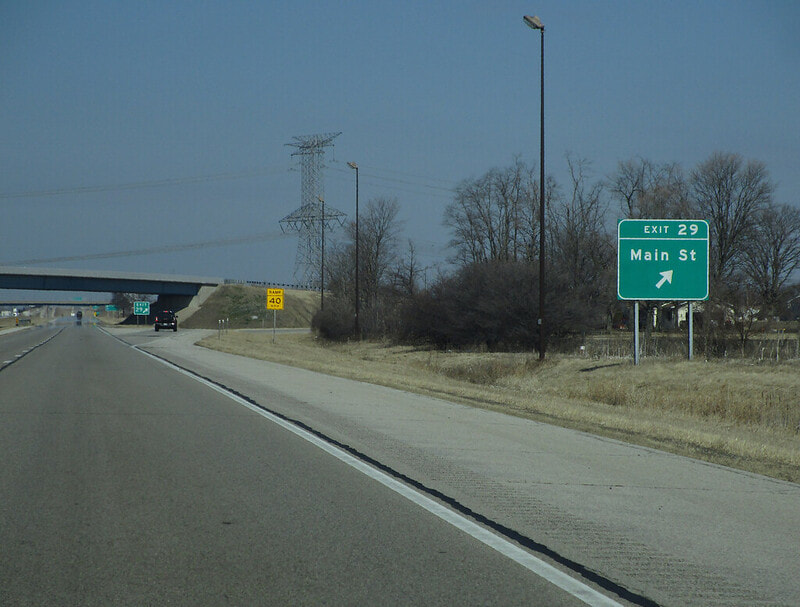 Exit 30 for Queenwood Road in Morton only provides access to/from the north, completing the set of 4 ramps between Exits 29 and 30: 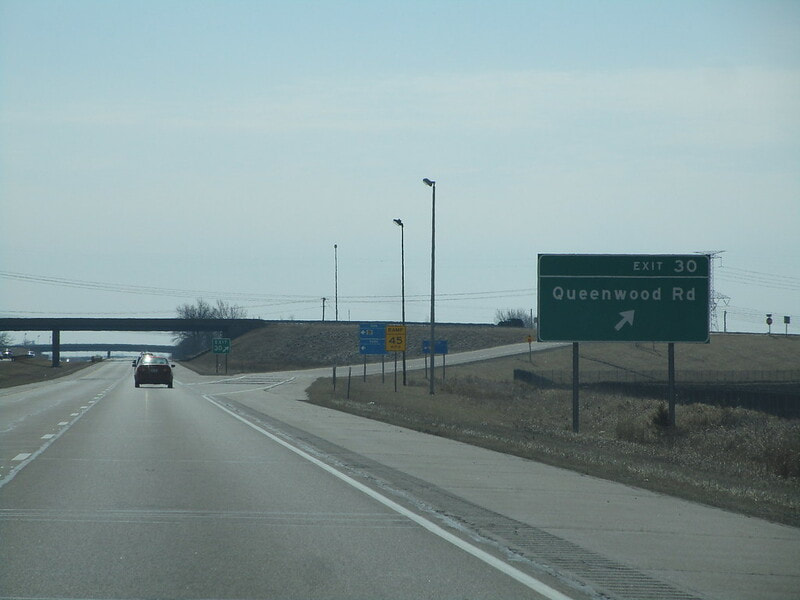 Exit 31 is for Birchwood Street and the eastern end of Illinois 98: 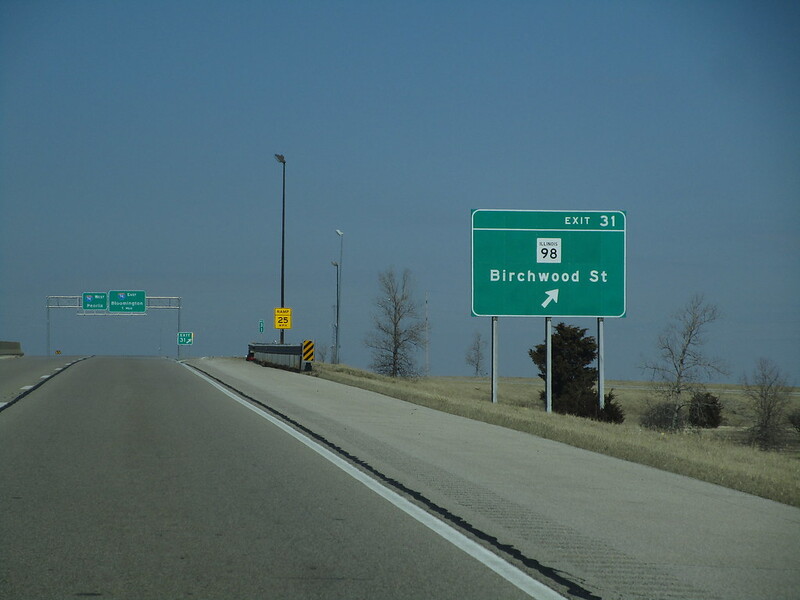