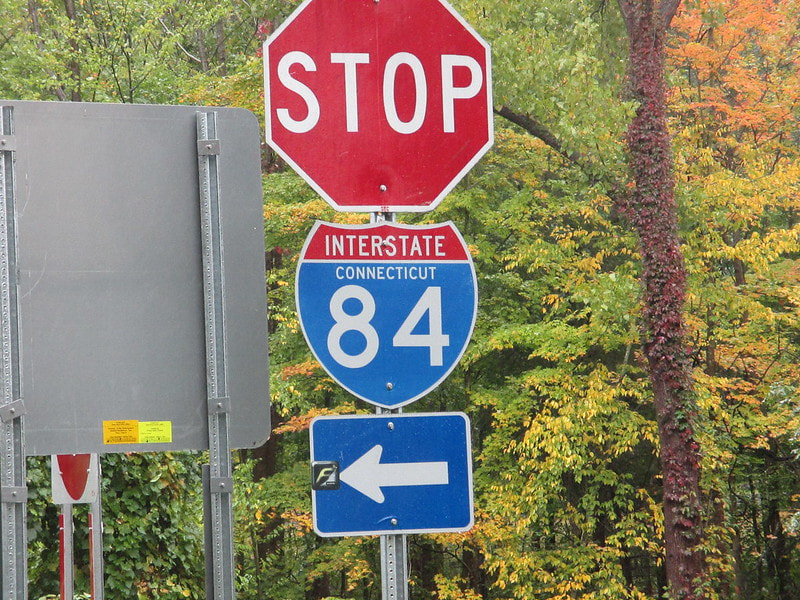 My photo of a route marker for Interstate 84's eastern iteration comes from a Welcome Center for the state of Connecticut, along that state's western border.  Connecticut provides a rest area and welcome center for eastbound travelers, that those travelers will encounter just after entering the state from New York.  This rest area, where I took this photo, sits near Danbury, Connecticut.  The signage depicted shows drivers at the rest area how to get back to the freeway.  This photo was taken on a rainy day in October 2015, during my trip to the northeastern states.
Back to the nationwide main page.
Back to the home page.