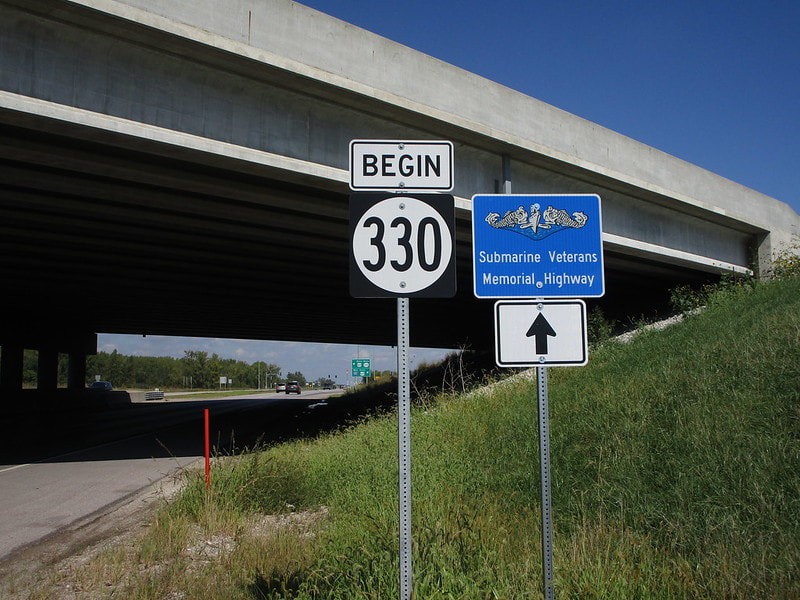 My photo of Iowa Route 330 shows a sign assembly marking the southwestern beginning of the highway.  This signpost stands right along the south side of the underpass comprising part of the interchange with Interstate 80.  At this interchange US Route 6 comes from the southwest and joins Interstate 80 east, and US Route 65 comes from the southwest and continues northeast on Iowa Route 330.  This photo was taken in September 2019 as I was returning from my trip across northern Iowa.  (The traversing of northern Iowa was the outbound route away from my home.)
Back to the Iowa main page.
Back to the home page.