PAUL ACROSS AMERICA
US Route 34 runs from the area around Rocky Mountain National Park in Colorado, east across southern Nebraska and southern Iowa to end in Chicagoland.  It's an east-west highway with a slight tilt toward the northeast and southwest.  In Colorado, it's known as the roadway passing through Rocky Mountain National Park.  The western extent of the route bends southerly to end in Granby, Colorado, at US Route 40.  US Route 34 passes through Loveland and Greeley in northern Colorado, to eventually cross into southernmost Nebraska.  US Route 34 spends a lot of time duplexed with US Route 6 in southwestern Nebraska, jumping north between Hastings and Grand Island to a new easterly alignment.  This alignment passes through Lincoln, jogging north along US Route 75 to cross the Missouri River into Iowa.  In Iowa, US Route 34 serves the second-most southerly row of counties, leaving Iowa via bridge over the Mississippi River at Burlington.  In Illinois, US Route 34 runs east-northeasterly overall, passing alongside Galesburg as a short freeway.  US Route 34 serves some western exurbs and suburbs of the Chicago area, as it approaches its curiously-placed eastern terminus at Illinois 43 in Berwyn, Illinois.  US Route 34 has the distinction of being one of the few US highways to end at a state route. 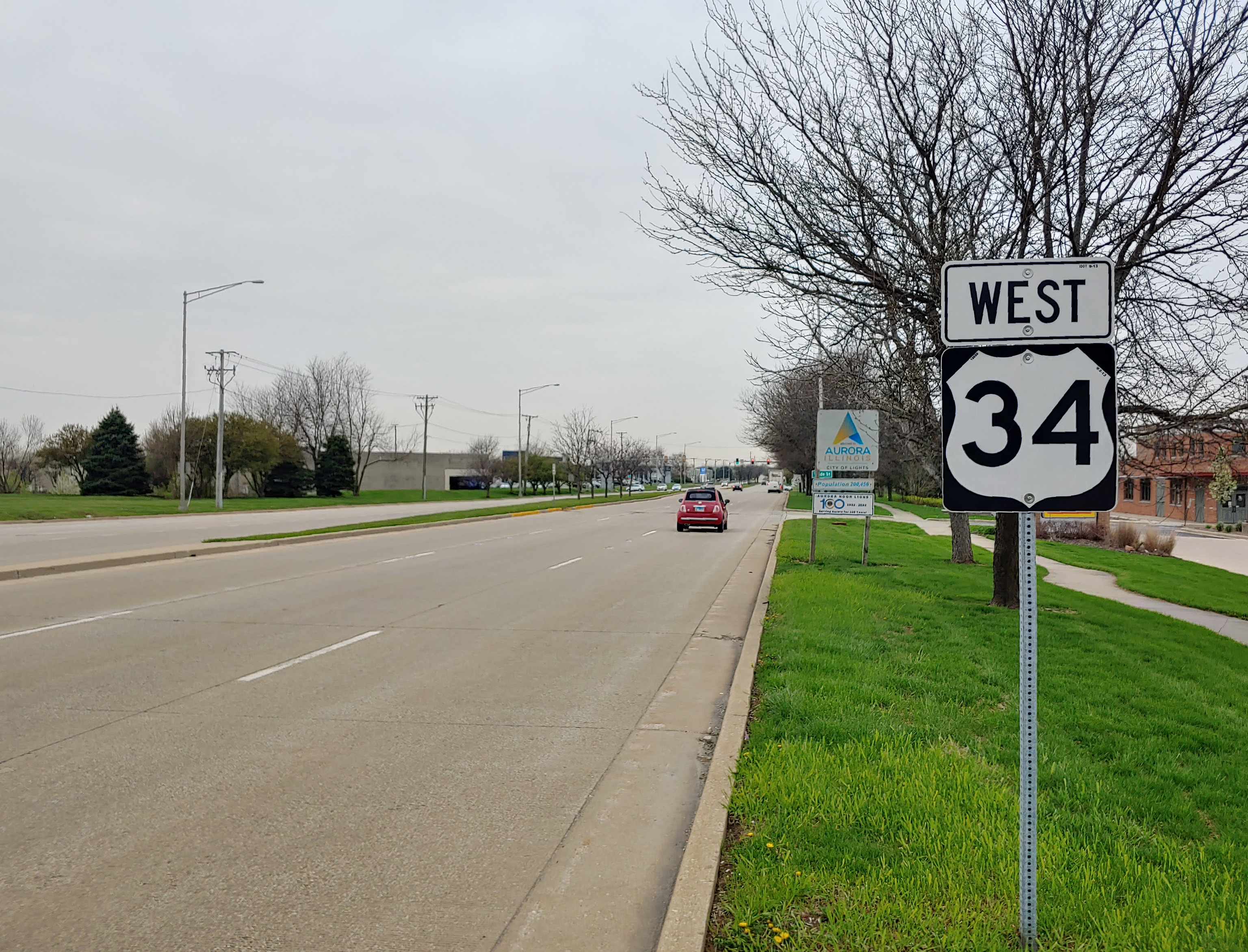 My photo for US Route 34 displays the westbound reassurance marker seen by vehicles departing from the intersection with Illinois 59.  This occurs as Illinois 59 splits Aurora from Naperville; you can see the sign welcoming westbound travelers to Aurora in the background of the photo. This photo was taken in May 2022 as I was on my way to some stores for shopping.  I have never really lived a considerable distance away from US Route 34. I'll be photographing some of US Route 34 in Colorado later this summer, so stay tuned!
Back to the nationwide main page.
Back to the home page.