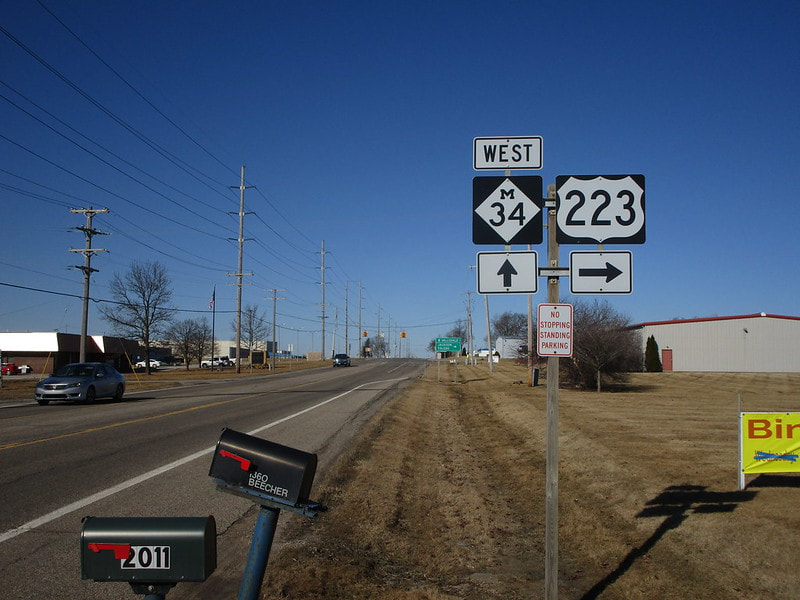 My photo for US Route 223 comes from a point along Michigan Highway 34 in Adrian, where a sign assembly announces the upcoming intersection with a connector road to US Route 223.  This photo was taken as I was driving around Michigan, taking pictures for my state-level collection in March 2019.  US Route 223 passes over Michigan Highway 34 at a grade-separated bridge crossing, but a connector street is signed to provide access, at the intersection in the background of the photo.
Back to the nationwide main page.
Back to the home page.