First of all, though, here is the photo showing where I got my shield image for Interstate 880.  This isn't something I normally do, but I took a picture of a reassurance marker right along the freeway.  This usually isn't a safe option, but Interstate 880 has low traffic and very few exits.  The few exits along Interstate 880 are marked by unisigns, and I want cutout shields for my collection.  That led me to take this photo in October 2021, which shows the first eastbound trailblazer east of Interstate 29. 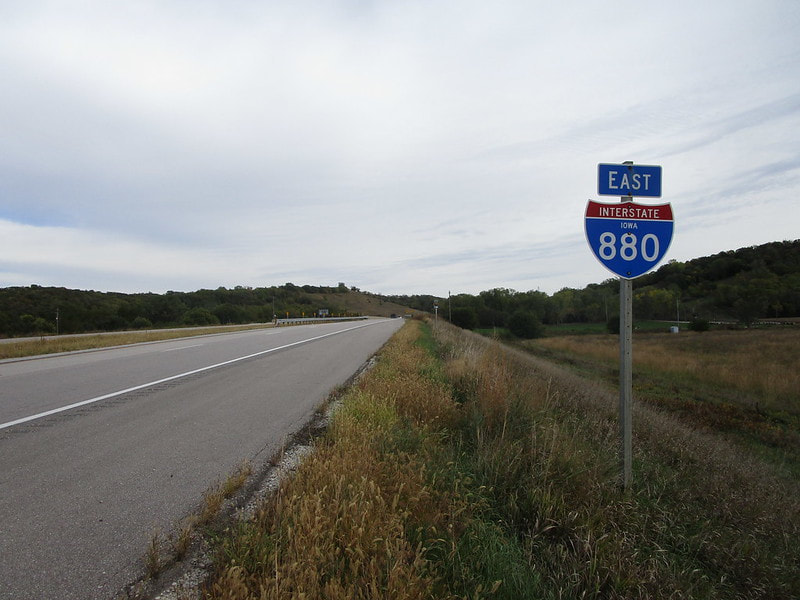