Exits and mile markers are numbered in increasing order from west to east, as is customary for east-west highways in the United States. The western 21 miles of Interstate 94 are concurrent with Interstate 80.

Interstate 94 enters Indiana from Illinois where Hammond, Indiana meets Lansing, Illinois, and it does so concurrently with Interstate 80 and US Route 6: 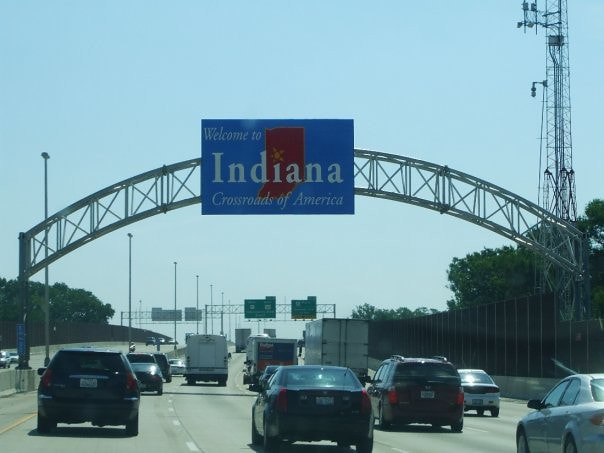 Exit 1 leads to Calumet Avenue in Hammond, which carries US Route 41 north of here. US Route 41 joins Interstates 94 and 80 from the north, using the next exit to break away and continue south...: 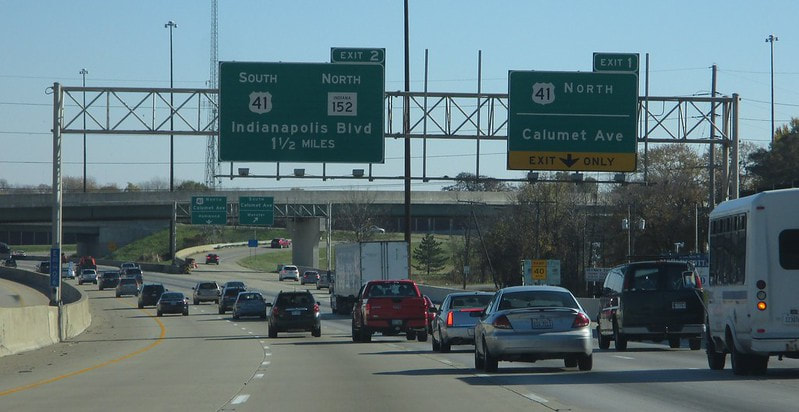 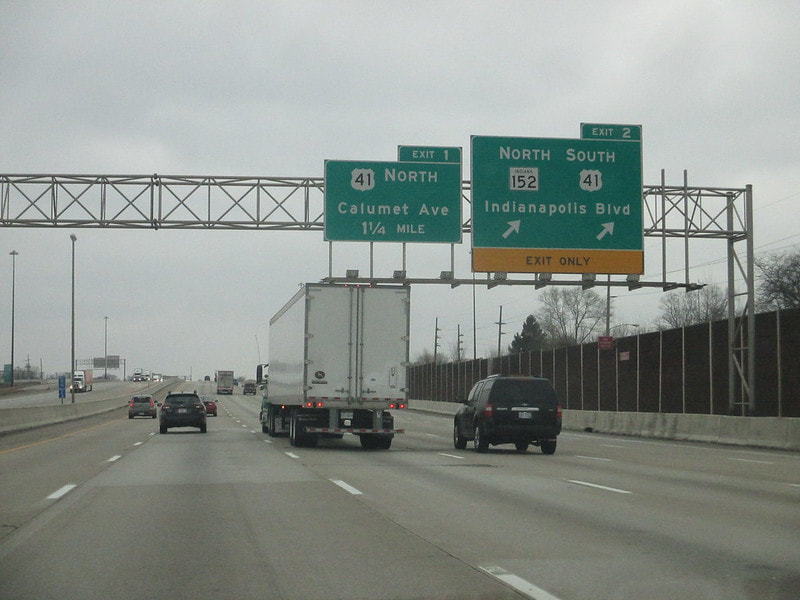 Exit 3 is for Kennedy Avenue, still in Hammond: 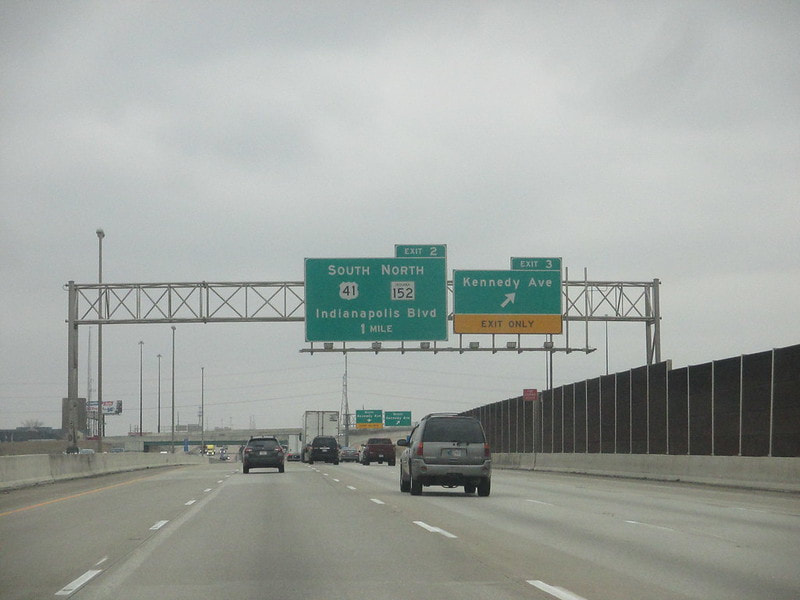 Exit 5 is for Indiana Route 912, running on the Cline Avenue expressway: 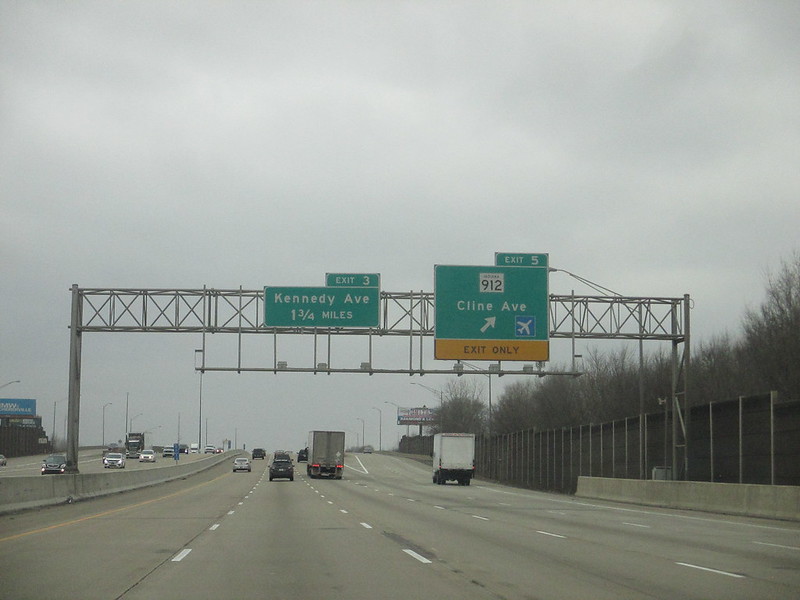 Exit 6 is for Burr Street, in Gary, Indiana: 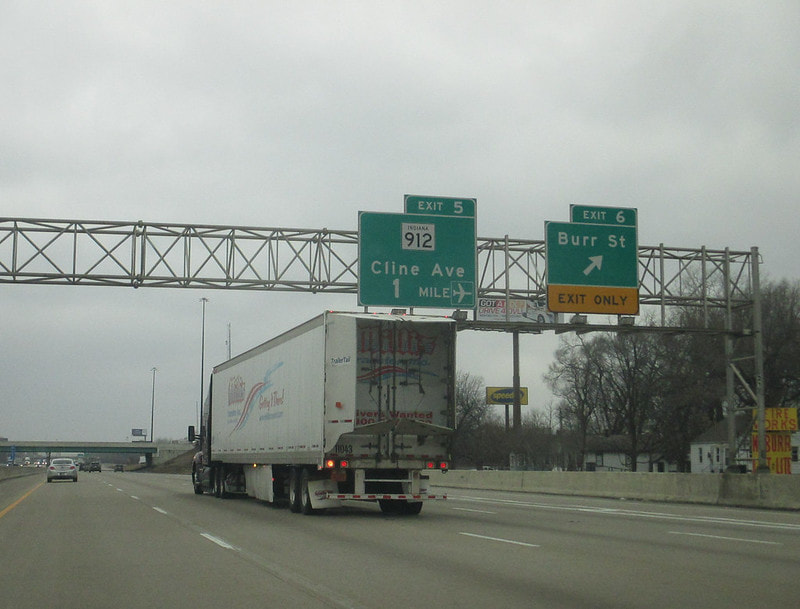 Exit 9 is for Grant Street in Gary: 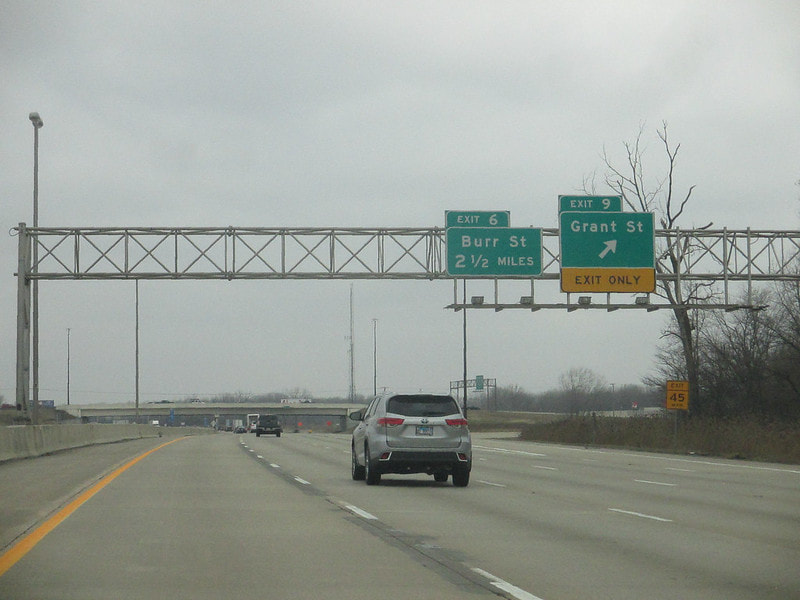 Exit 10 is for Broadway, a primary thoroughfare in Gary that carries Indiana Route 53: 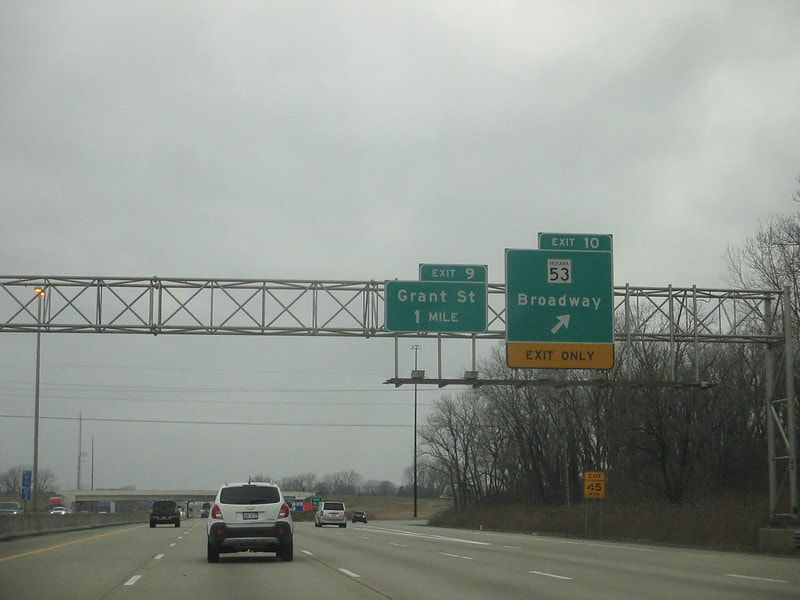 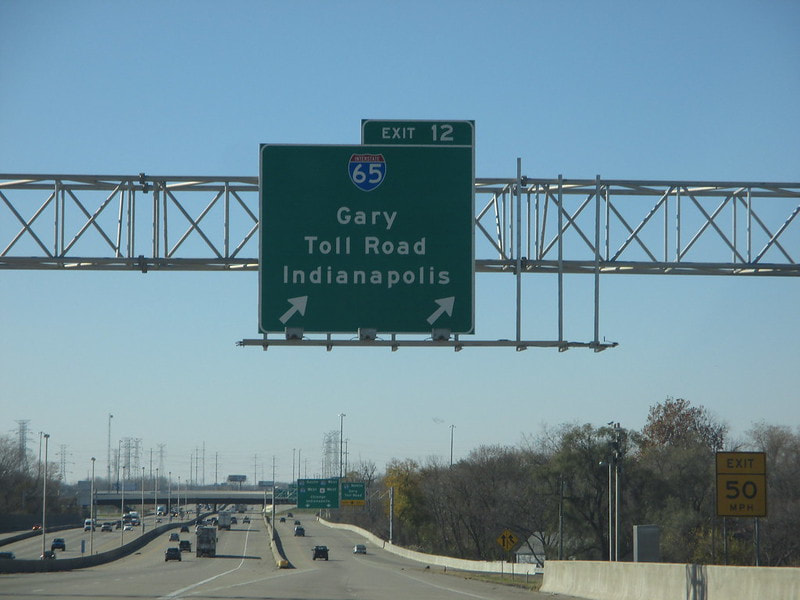 Exit 19 is for Indiana Route 249, which provides access to Portage and the Port of Indiana: 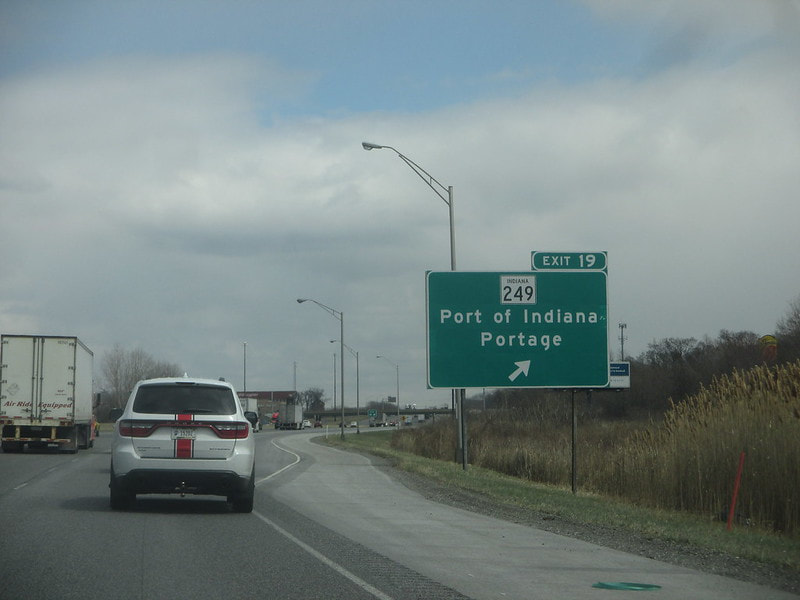 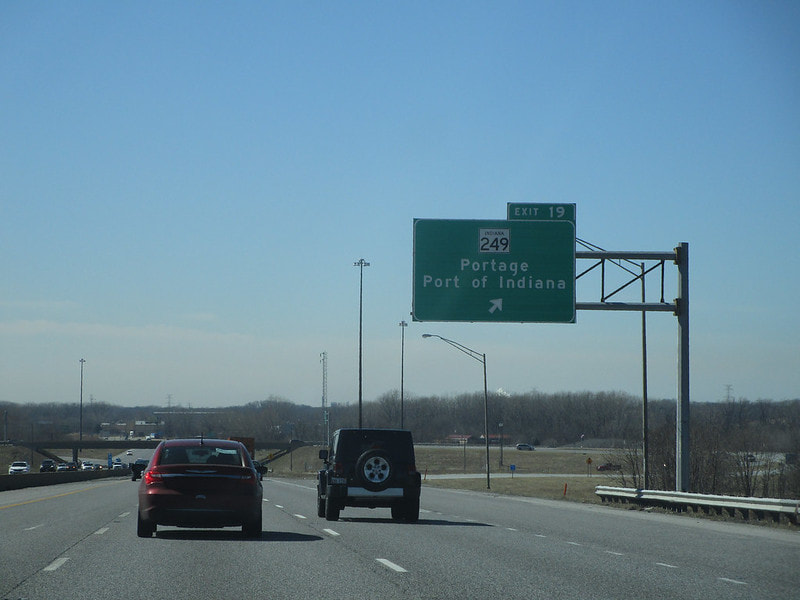 Exit 22A is the first half of a partial cloverleaf interchange, a ramp leading to US Route 20 west toward Burns Harbor: 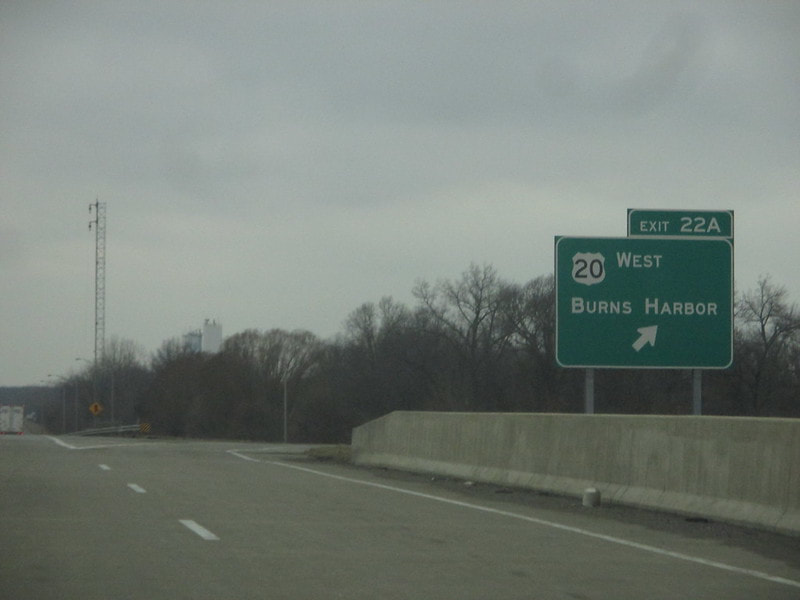 Exit 22B, the second ramp of the partial cloverleaf, leads to US Route 20 east toward Porter (Porter, not Portage): 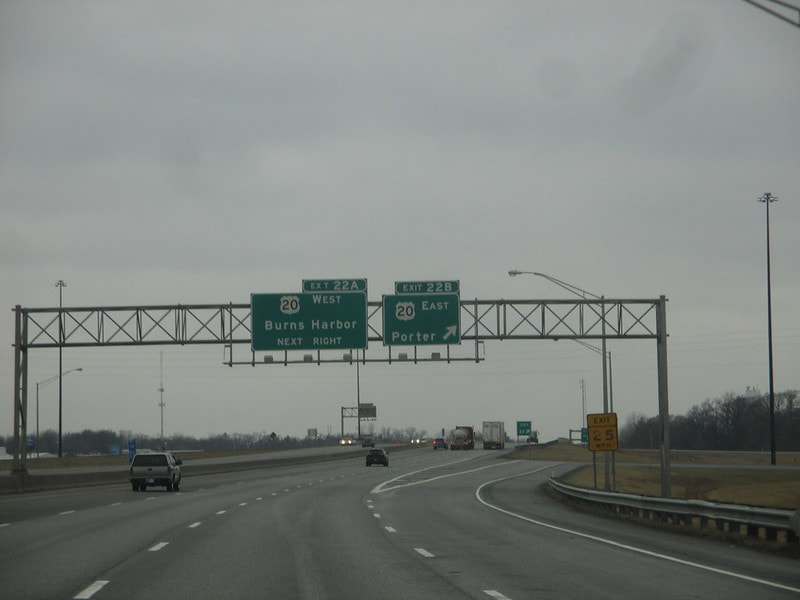 Exit 26A is a ramp for Indiana Route 49 south toward Chesterton and Valparaiso, the first of two ramps at this cloverleaf interchange: 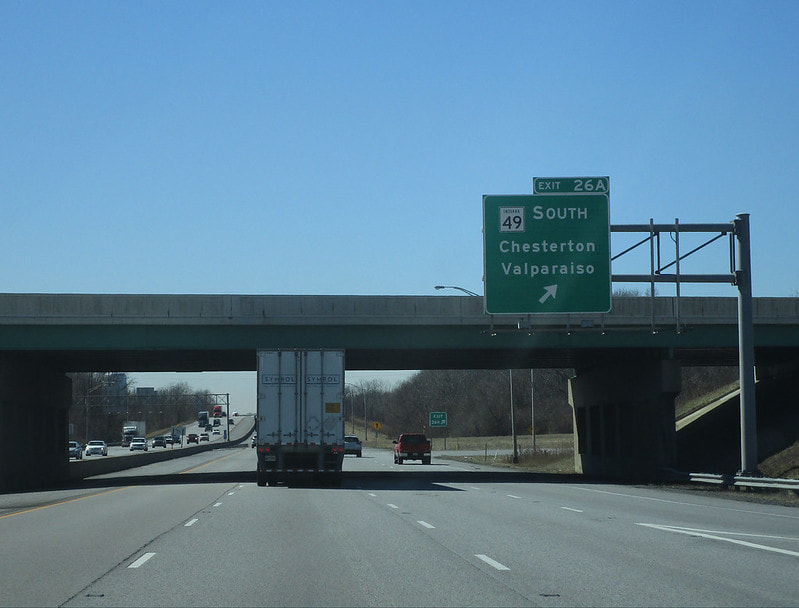 Exit 26B is the second ramp at the cloverleaf, leading to Indiana Route 49 northbound.  No control cities are mentioned on the signage for this exit, but this exit is handy for reaching the Indiana Dunes National Park: 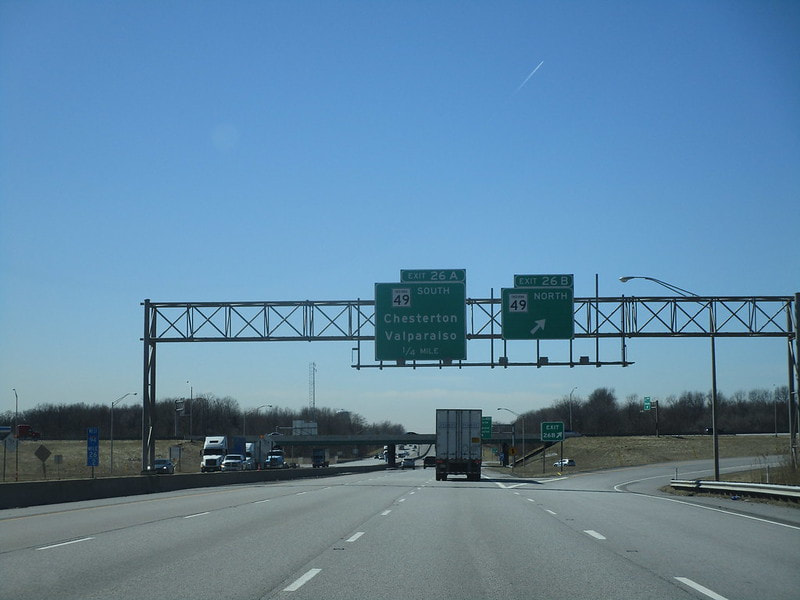 Exit 34A is a ramp to US Route 421 south, leading toward Westville; this ramp is the first of two at another cloverleaf: 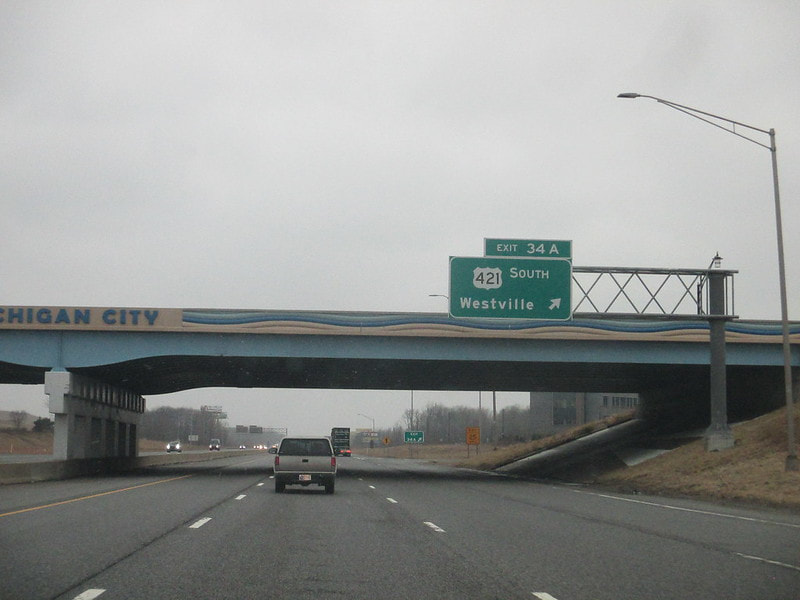 Exit 34B leads to US Route 421 and Michigan City, along a ramp forming the latter half of the cloverleaf interchange: 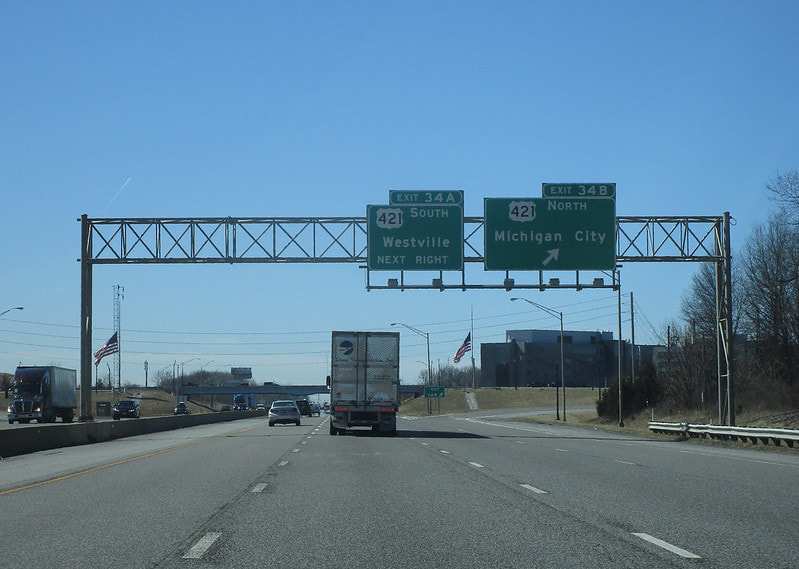 Exit 40A is a ramp to US Route 20 east toward South Bend, which links to the southbound beginning of US Route 35 and LaPorte by way of that route.  This ramp is the first of two at another cloverleaf interchange on the east side of Michigan City: 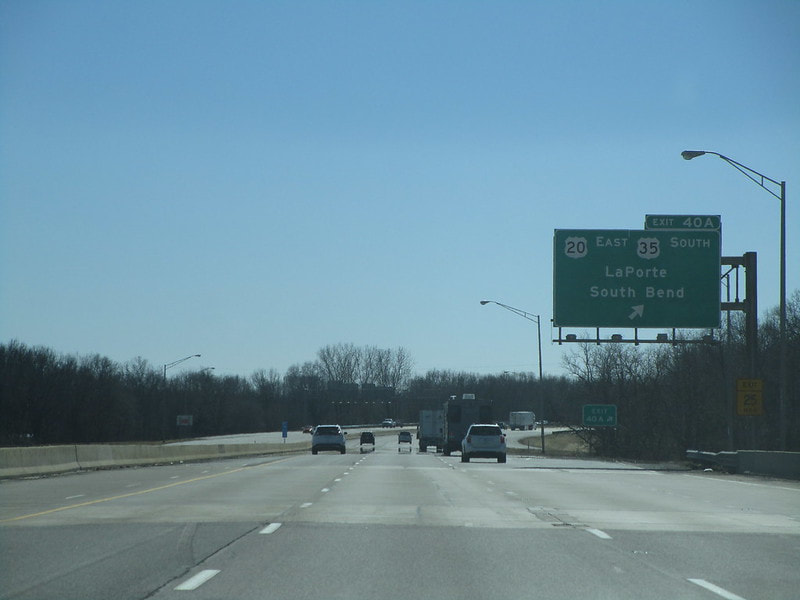 Exit 40B is the second ramp of the cloverleaf, leading to US Route 20 west toward inner Michigan City: 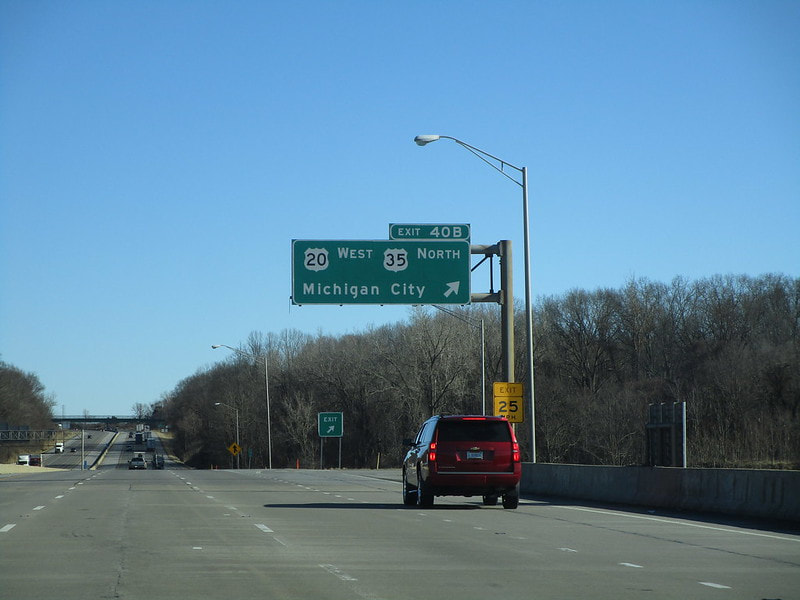 After cutting south out of Wisconsin into Illinois, east into Indiana, and then through Indiana for forty-five miles, Interstate 94 reaches the state of Michigan.  Interstate 94 heads northeasterly across the Indiana-Michigan border just south of New Buffalo, Michigan, with the intent of reaching Detroit, and eventually, Port Huron, Michigan. 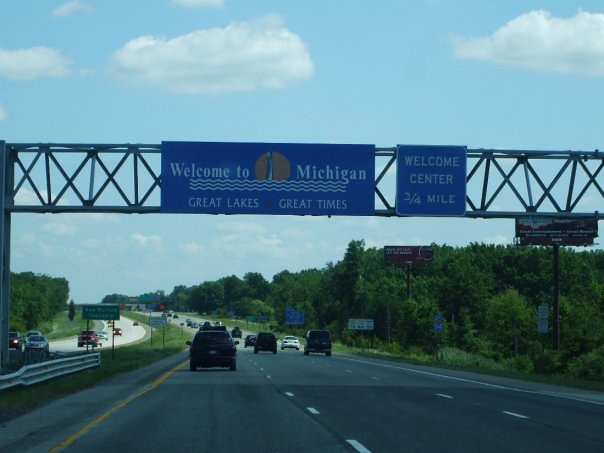