PAUL ACROSS AMERICA
US Route 395 is a very long route for a three-digit US route, forming the most prominent north-south highway through eastern Washington, eastern Oregon, and eastern California.  The portion in California cuts into the western corner of Nevada, providing the main north-south route through Reno and Carson City.  The southern end is just north of the Riverside-San Bernardino area, at Interstate 15 in Hesperia, California.  The northern end is the Canadian border in northeastern Washington.  US Route 395 forms the main north-south route in Spokane and the Tri-Cities in Washington.  It passes through mostly desolate areas of eastern Oregon before hugging the eastern side of the Sierra Nevada Mountains of California.  In eastern California, US Route 395 is the closest highway to Mount Whitney, the tallest mountain in the contiguous United States.  The highway is sandwiched between Death Valley National Park and the area of Sequoia and Kings Canyon National Parks. US Route 395 covers so much ground in inland portions of the Pacific Coast states that it can be hard to believe it's a 3-digit route. 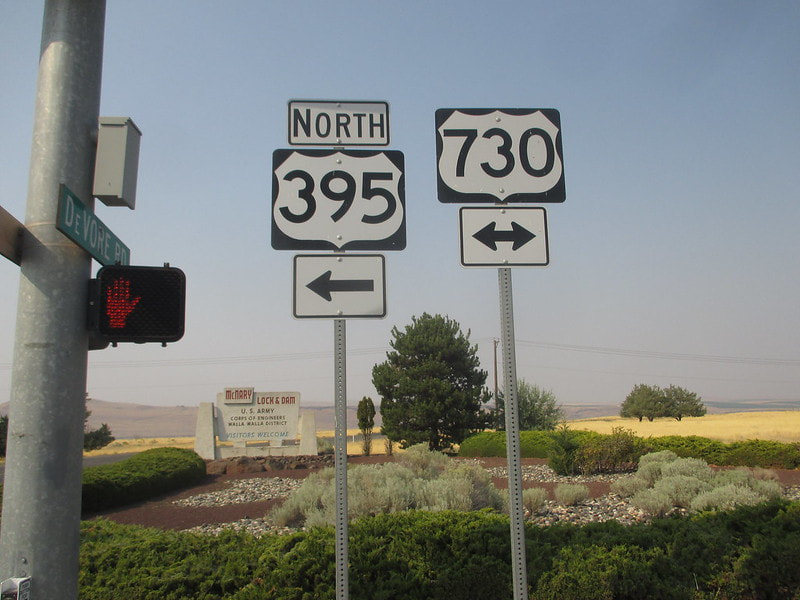