(From St. Louis to Montgomery County)

For Central Illinois (Sangamon Co. to McLean Co.), click here
For Northern Illinois (Livingston County to Chicago), click here
Interstate 55 begins in Chicago along Lake Shore Drive (US Route 41) and heads southwest along the former route of US Route 66, crossing the Mississippi River into St. Louis, Missouri. It passes along Joliet's western flank and connects to Normal, Bloomington, and Springfield before it reaches the St. Louis metroplex. 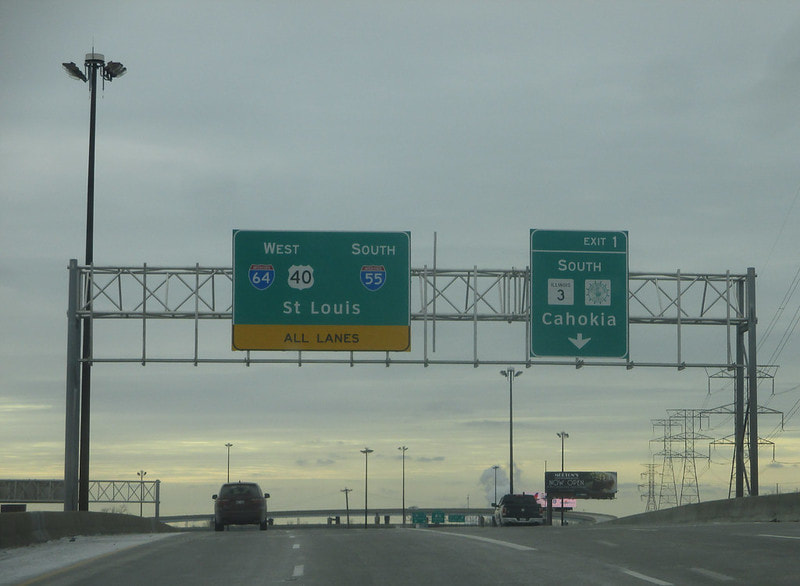 Exit 1A splits from the ramp to exit 1, and it provides access to Tudor Avenue and 13th Street in East Saint Louis: 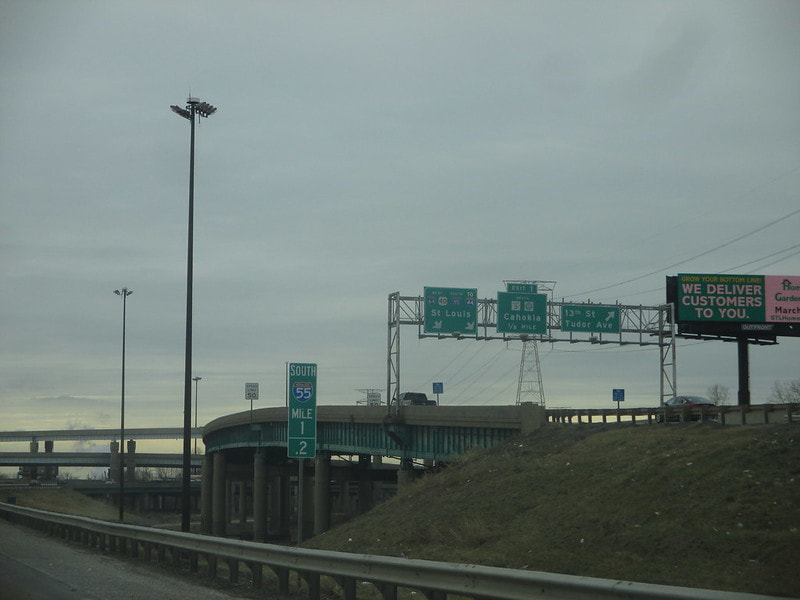 Exit 2A provides access to Barack Obama Avenue, the Eads Bridge, and the (unmentioned) western end of Illinois 15: 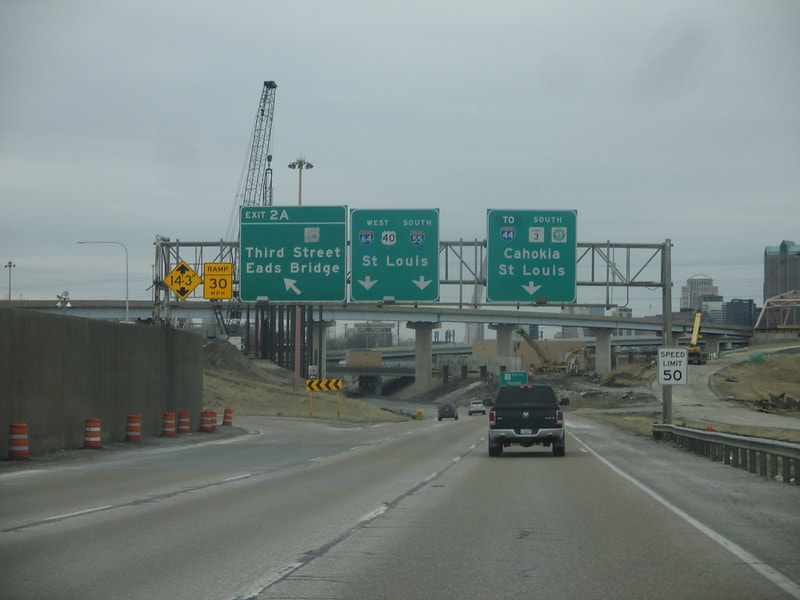 Exit 2B is only accessible from the southbound lanes, but it provides access to the MLK Bridge: 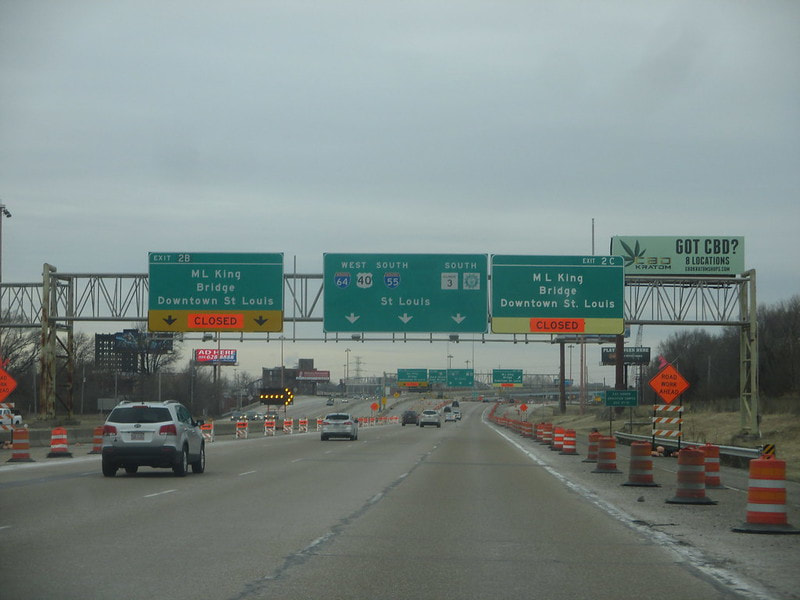 Exit 3A sends Interstate 64 splitting eastward as Interstate 70 joins from the west, and it provides access to Illinois 3 as it splits northward: 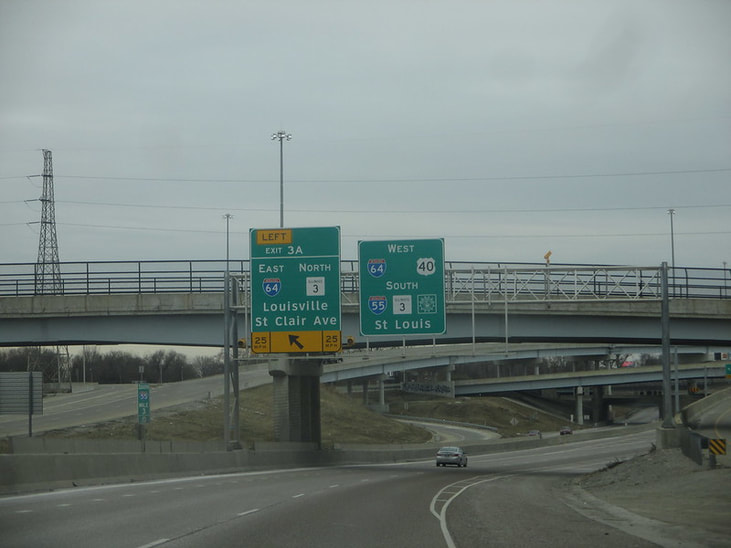 Exit 3B allows westbound Interstate 70 to split from Interstate 55 (this is only a southbound/westbound exit):
Exit 3C, only accessible from the southbound lanes, provides access to Exchange Avenue: 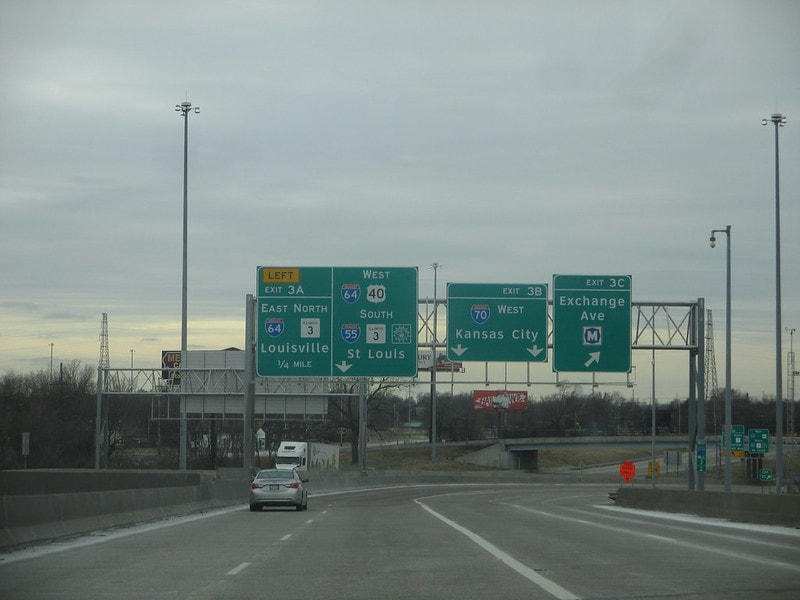 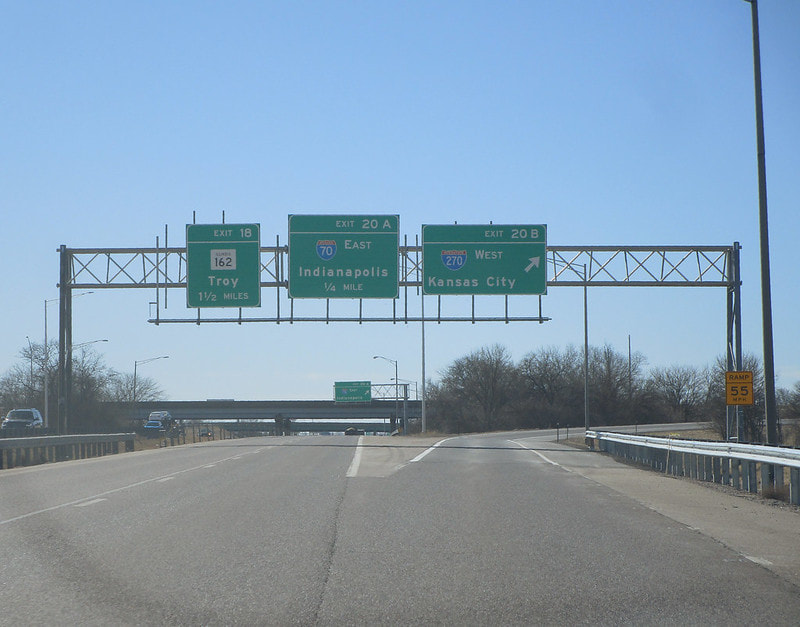 Exit 23 accesses Illinois 143, taking travelers to Edwardsville or the town of Marine: 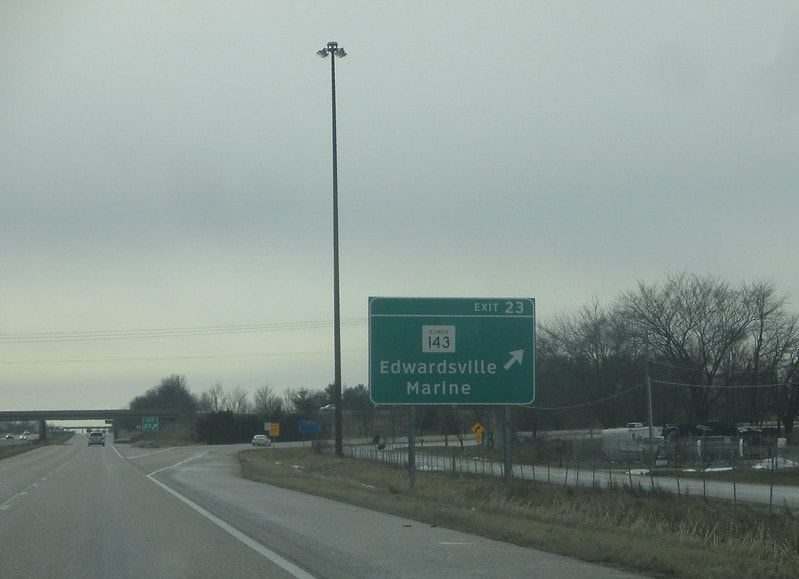 Exit 30 connects with Illinois 140, a road bringing people to Alton or Greenville: 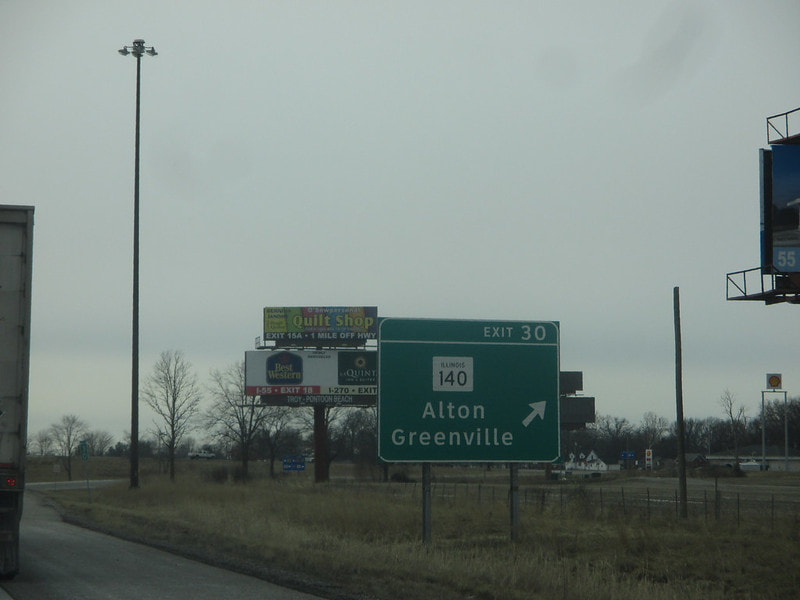 Exit 33 connects to the north-south Illinois 4 from a diagonal northeastward Interstate 55, and Illinois 4 connects with Staunton and Lebanon: 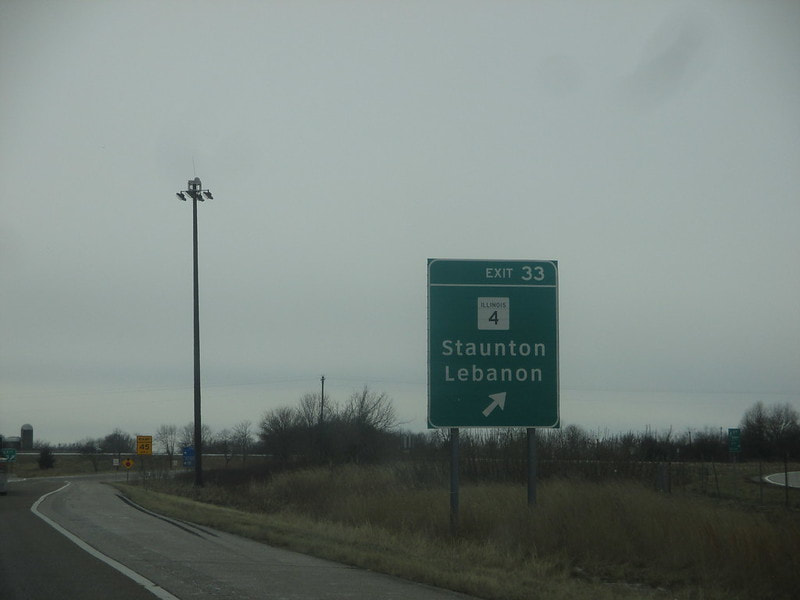 Exit 37 links travelers to Livingston and New Douglas (even though we are not in Livingston or Douglas County): 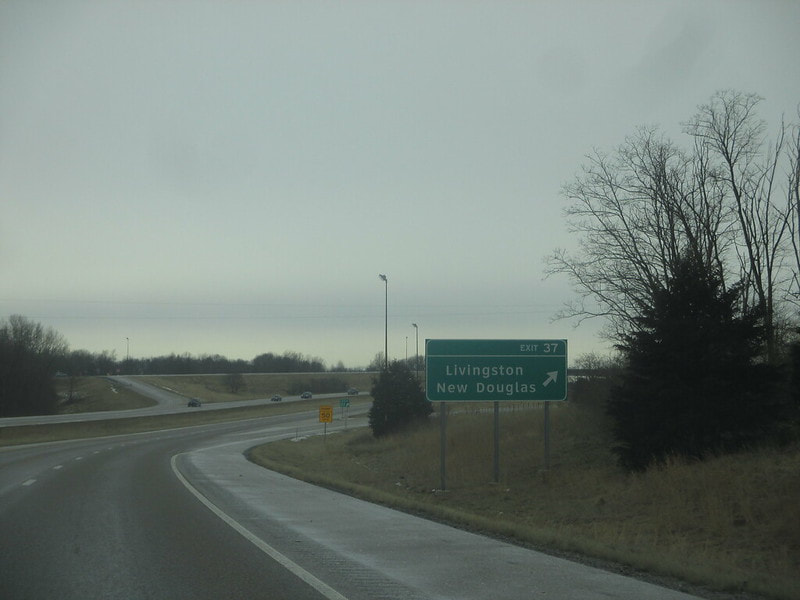 Exit 41 provides access to the town of Staunton, on the east side of that town: 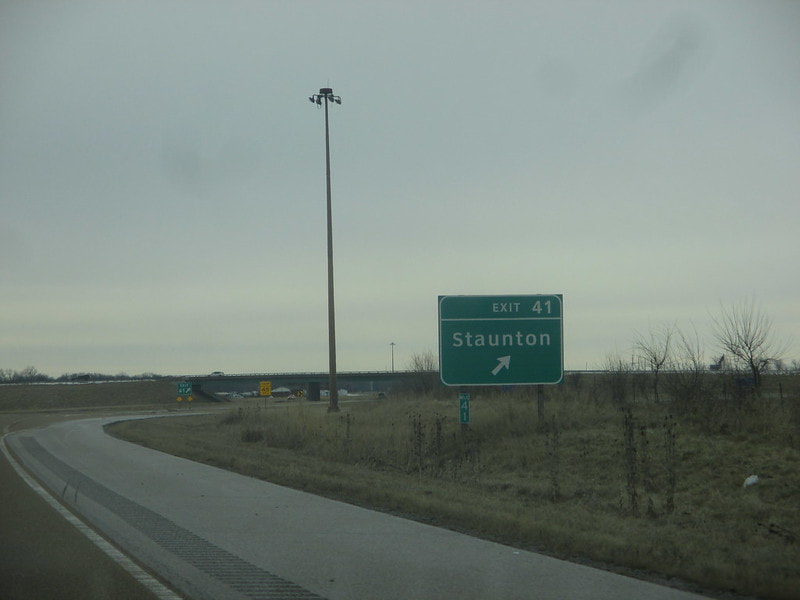 Exit 44 leads to Illinois 138, which connects to Mt. Olive and Benld: 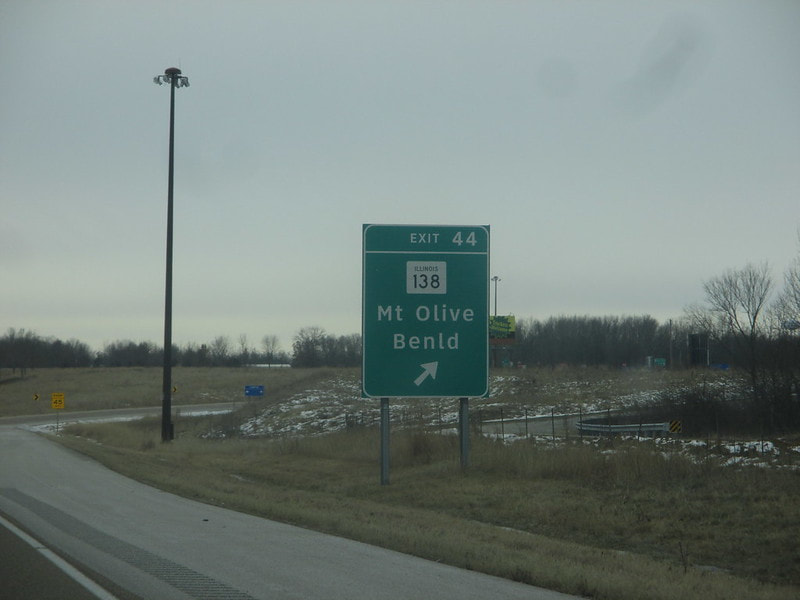 Exit 52 is a partial cloverleaf interchange leading to Illinois 16, Litchfield, and Gillespie: 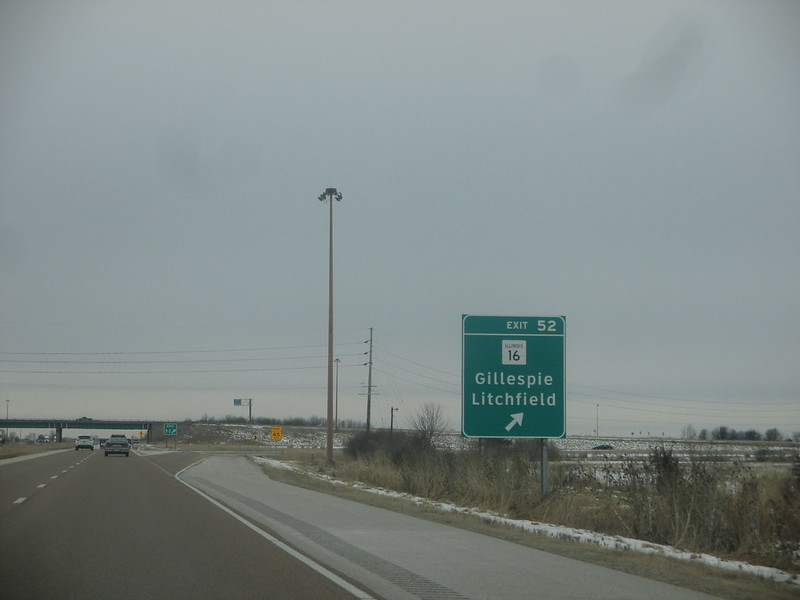 Exit 60 is a way to reach the eastern end of Illinois 108, which leads west to Carlinville: 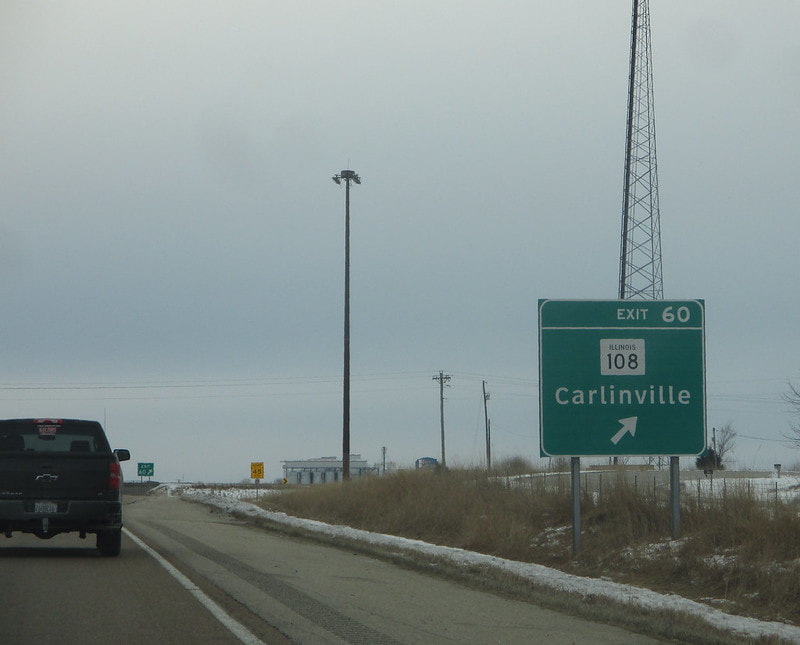 Exit 63 reaches out to Illinois 48 and Illinois 127, to Raymond and Taylorville: 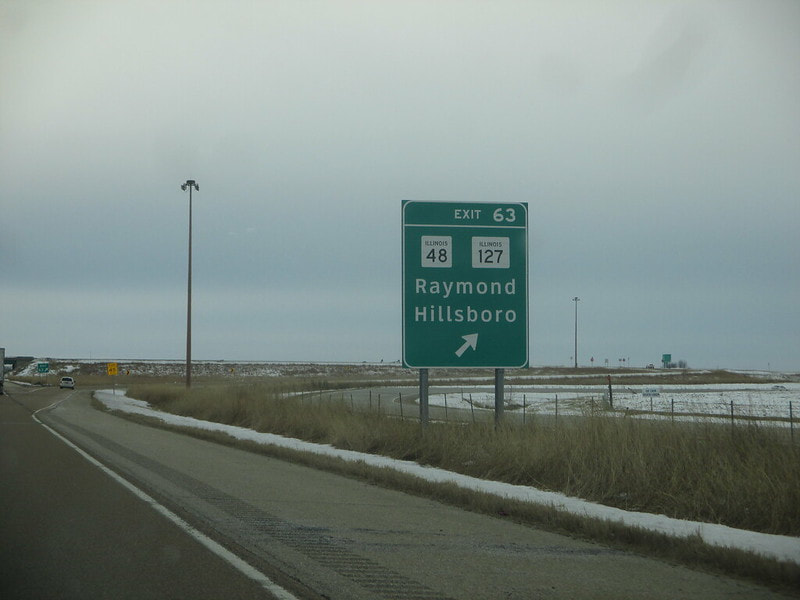 Exit 72 is a fountain interchange to Farmersville and Girard: 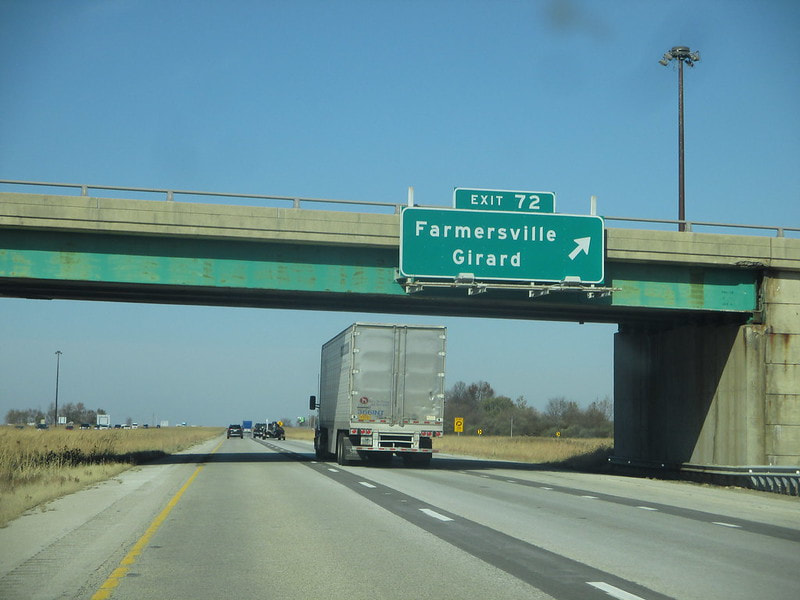 At mile 77, Interstate 55 crosses into Sangamon County, home of Springfield.  To continue northward into central Illinois on Interstate 55, click here!
Back to the Interstate 55 main page.