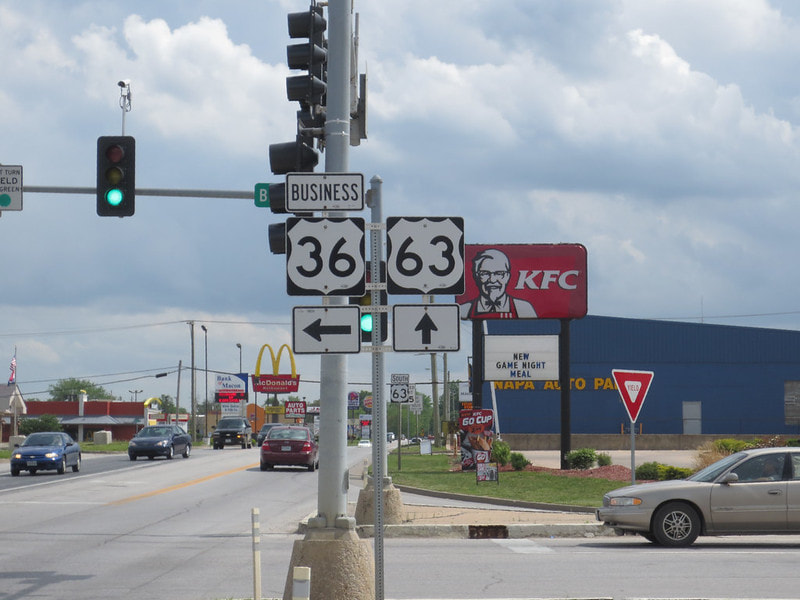 My photo of US Route 63 sits along the business alignment of US Route 36 in Macon, Missouri, which sits just south of the main expressway alignment.  The photo shows a sign assembly facing north along US Route 63, for southbound traffic to see.  This photo was taken in May 2014, along the first leg of my trip to the St. Joseph area in Missouri; this was my first trip dedicated to my national route collection.
Back to the nationwide main page.
Back to the home page.