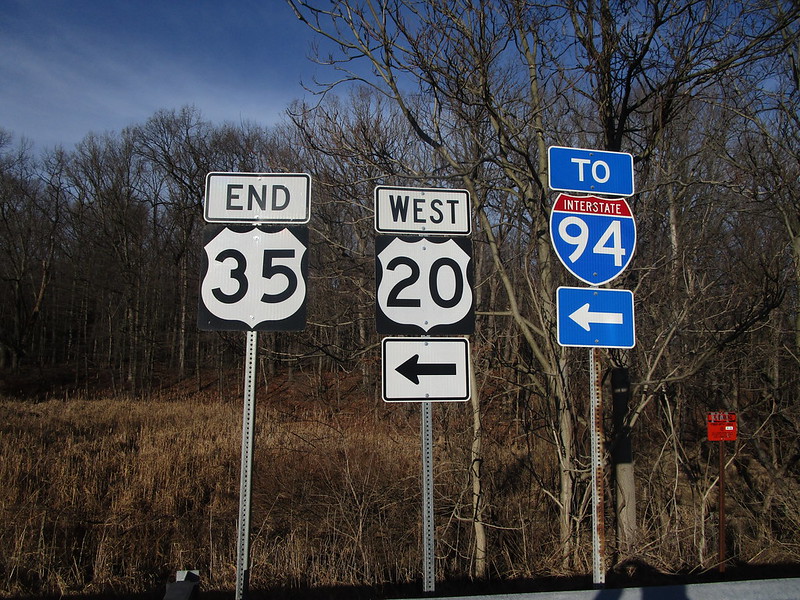 My photo of US Route 35 comes from the northern end at US Route 20 in Michigan City, Indiana.  An interchange with Interstate 94 lies seconds to the west of here.  The signage shown in the photo faces south on the north side of US Route 20, facing northbound traffic reaching the T-intersection.  This photo wasn't taken on a trip planned for the purpose of snapping route marker photos; rather, I snapped it on the way home from Grand Rapids, Michigan, during a pit stop to a nearby gas station in February 2020.
Back to the nationwide main page.
Back to the home page.