Illinois Route 2 follows the Rock River for its entire length, from the Wisconsin border at South Beloit through Rockford and Dixon to end in Sterling.  It's a rather scenic route from Dixon to near Rockford, since it follows the river's course fairly closely, along that stretch.  (The image above is a scene from Illinois Route 2; this was photographed driving northbound near the state parks just south of Oregon, alongside the scenic Rock River.)  Though the route starts out descending from Wisconsin in southerly direction, Illinois Route 2 and the Rock River bend southwesterly and westerly as their courses progress.

Illinois 2 gets its southwestern start as a pair of east-west one-way streets in downtown Sterling, at Illinois 40: 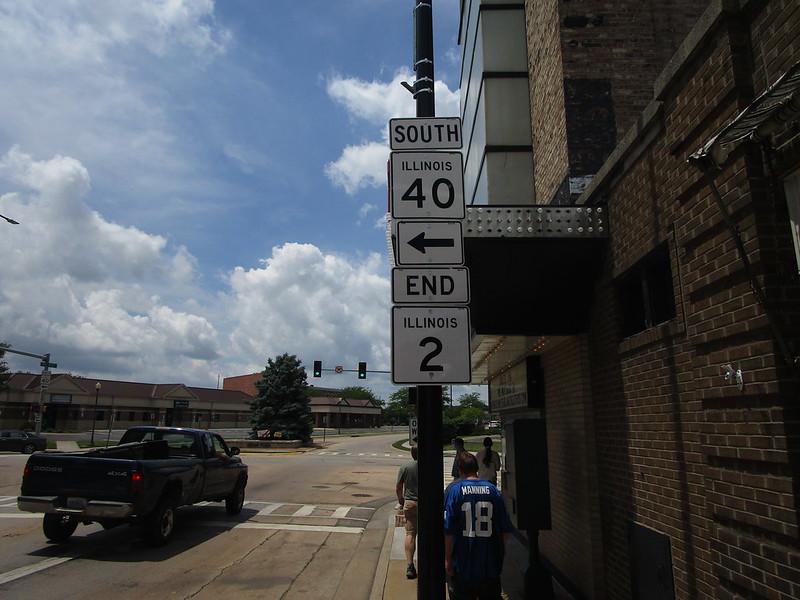 As Illinois 2 heads east out of Sterling on the north side of the Rock River, it becomes the most randomly-placed rural expressway I've ever seen, and then it turns south onto Illinois 26 and US Route 52 in Dixon: 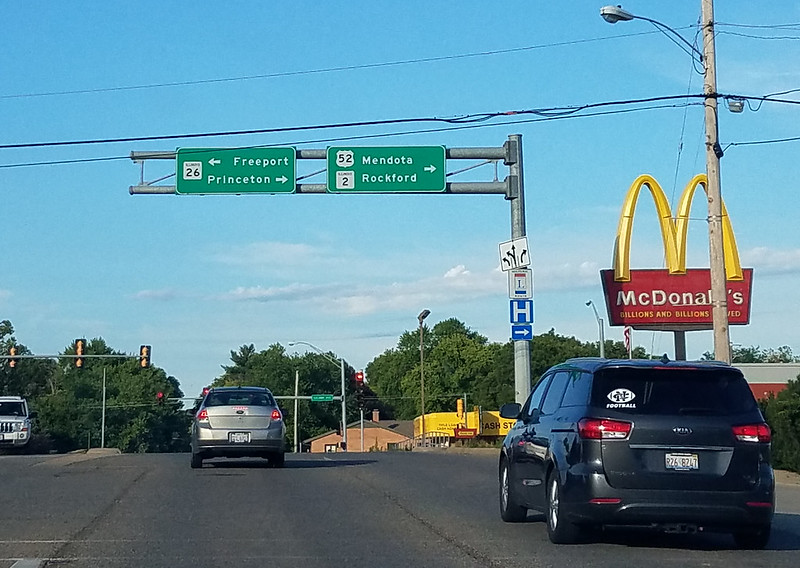 Illinois 2 follows US Route 52 and Illinois 26 south across the Rock River, and in downtown Dixon, it turns easterly off of those two routes to follow its own path easterly and northeasterly:
After that, Illinois 2 crosses back to the northwestern side of the Rock River, passing through a scenic riverside forest to cross Illinois 64 in Oregon: 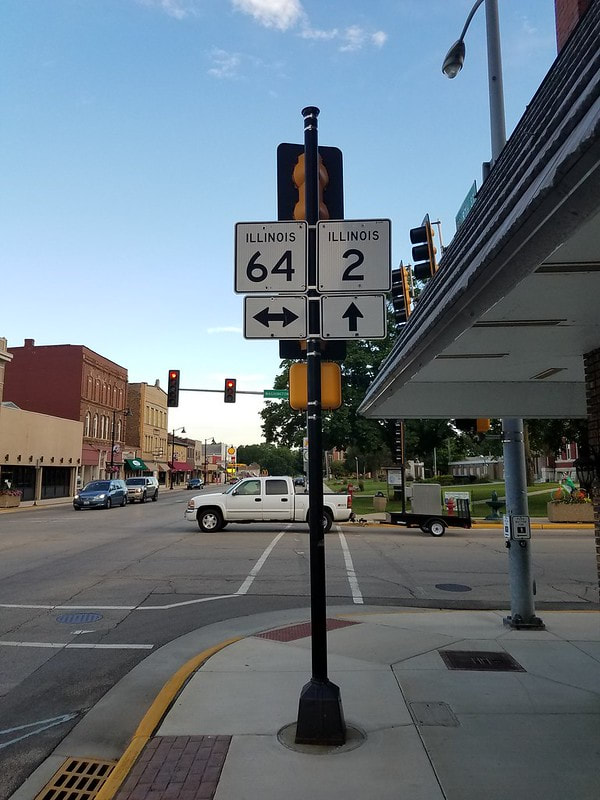 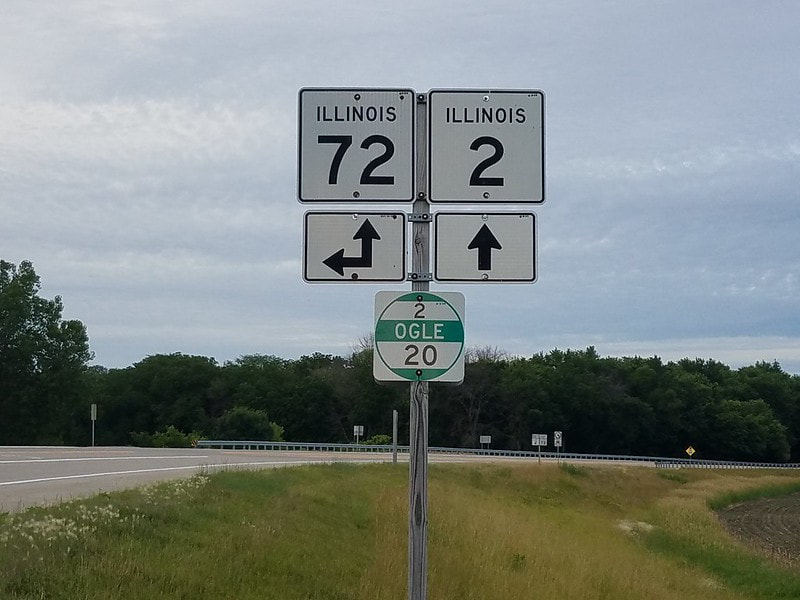 In Byron, Illinois 72 splits from Illinois 2 to head southeast across the Rock River: 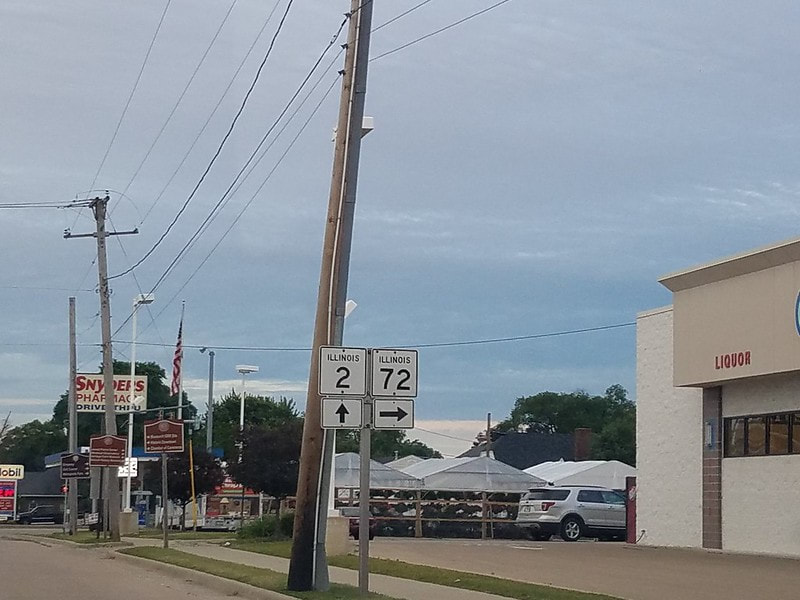 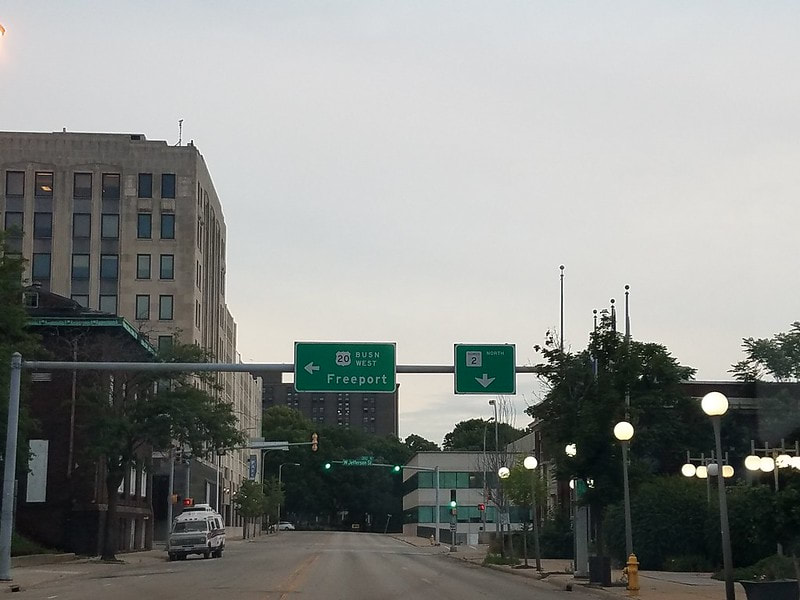 Illinois 2 heads north out of Rockford into the Rockton area, and Illinois 75 comes from the west to join Illinois 2 north: 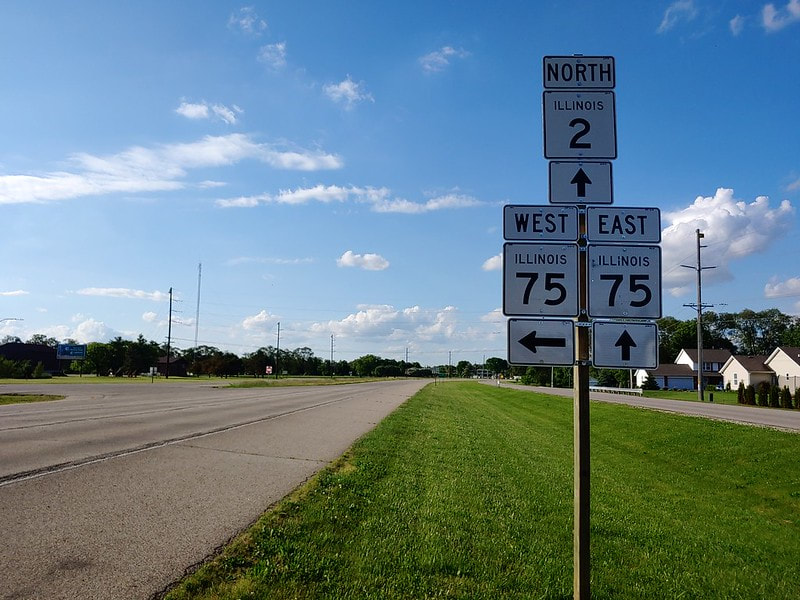 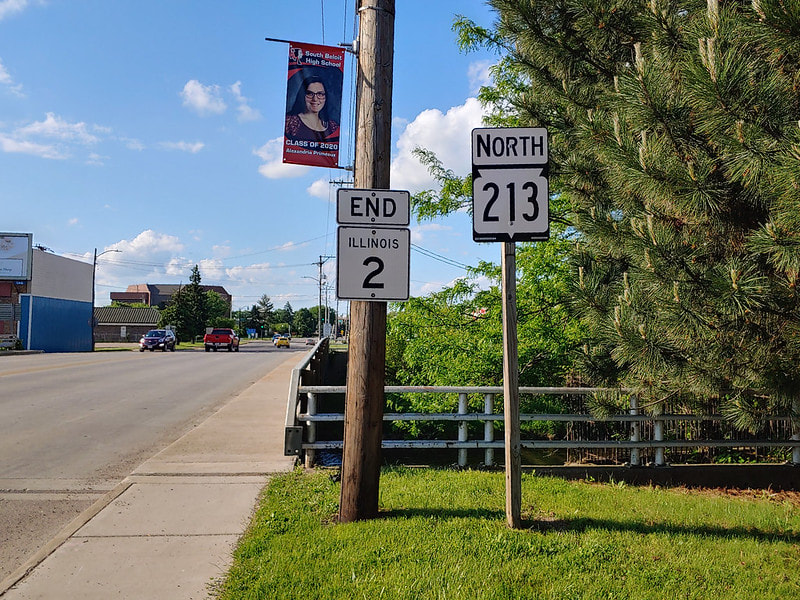