Petrified Forest National Park sits in northeastern Arizona, and it's home to one of the largest collections of petrified wood in the world.  Eras of geologic time have turned some old trees into a series of hard rocks, some of which are impressively colorful.  Some ancient Pueblo native American ruins are also included in the park.  The park is easily accessible from Interstate 40; in fact, a big brown exit sign on Interstate 40 marks the northern terminus of the park's access road.  The single access road continues south through the entire park, and seeing everything outside of the wilderness area should occupy a single day.  Our visit took place in early May, 2017.  The climate in the park, as with most of the Interstate 40 corridor in Arizona, is a high desert.  While the temperatures aren't as extreme as in low-lying desert locales such as Phoenix, the climate is still very dry.

Part 1:  Puerco Pueblo, the ruins of an ancient Pueblo community with petroglyphs 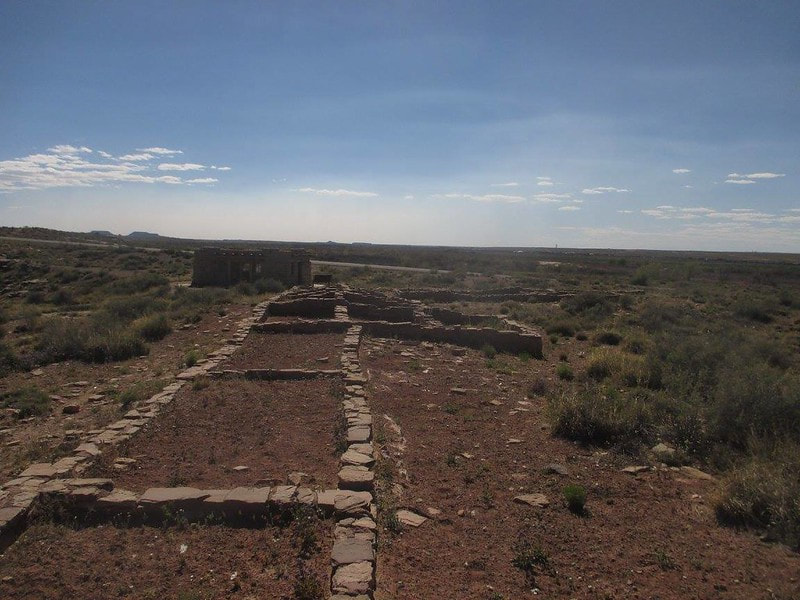 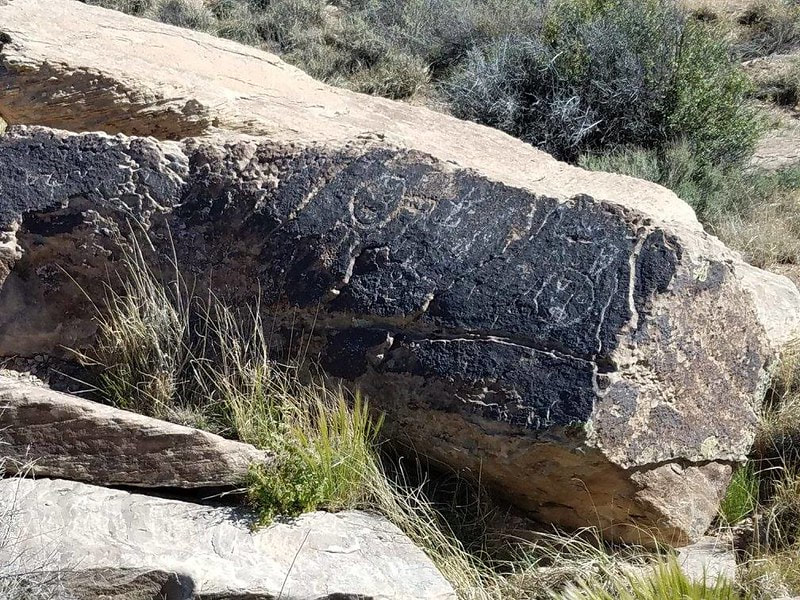 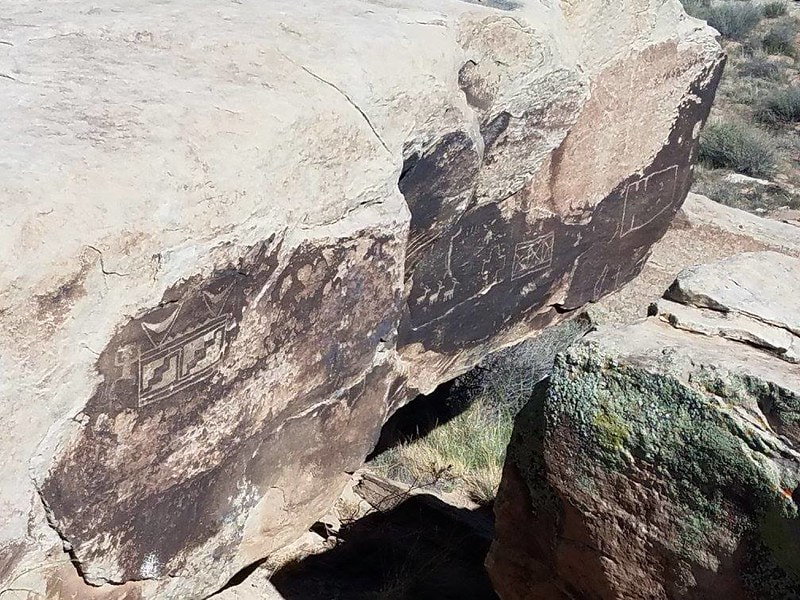 Agate Bridge: The agate bridge is a preserved tree from 210-million years ago, fossilized and suspended above the intermittent stream below.  Some concrete was added below for the sake of preserving it further. 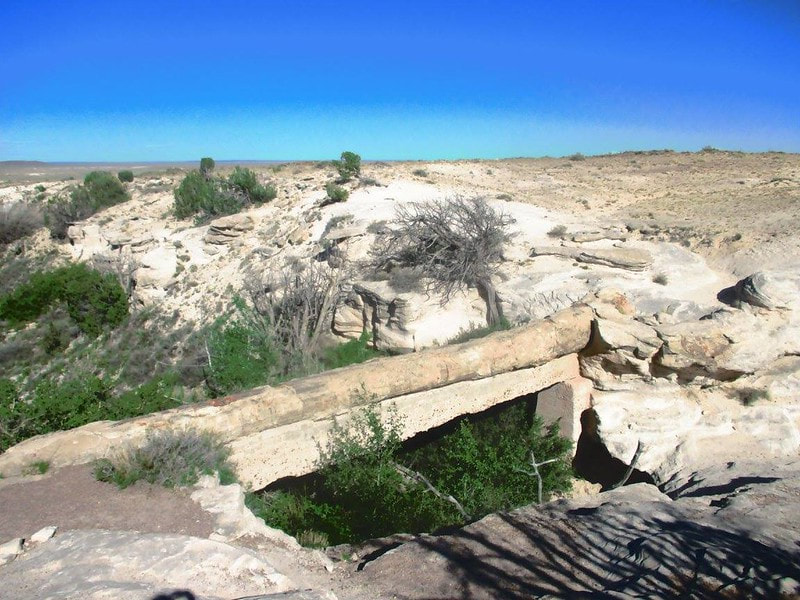 Weird Lumpy Purple Mountains- these are all over the park.  You will pass by a lot of them as you drive down the road. 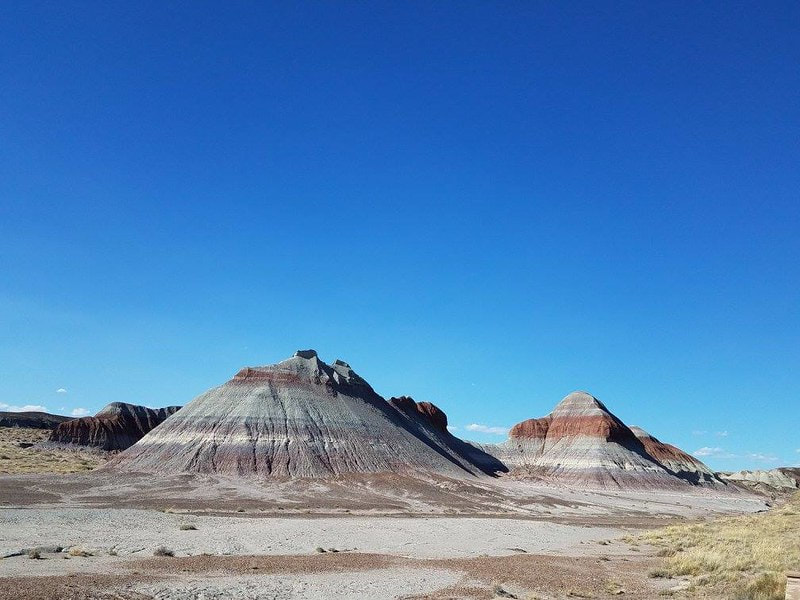 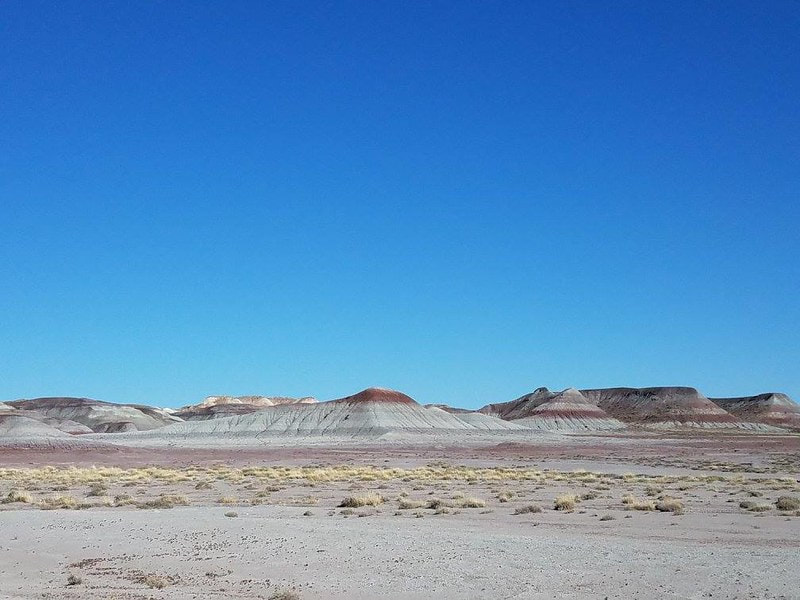 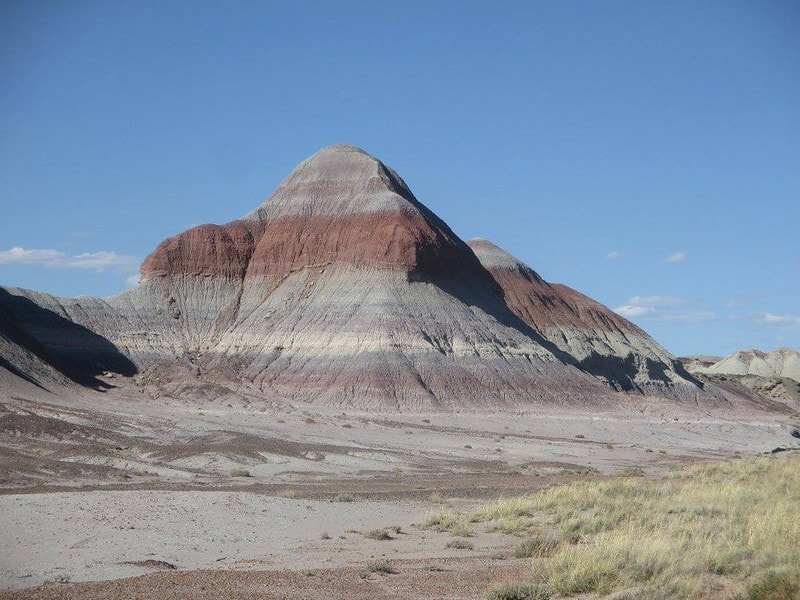 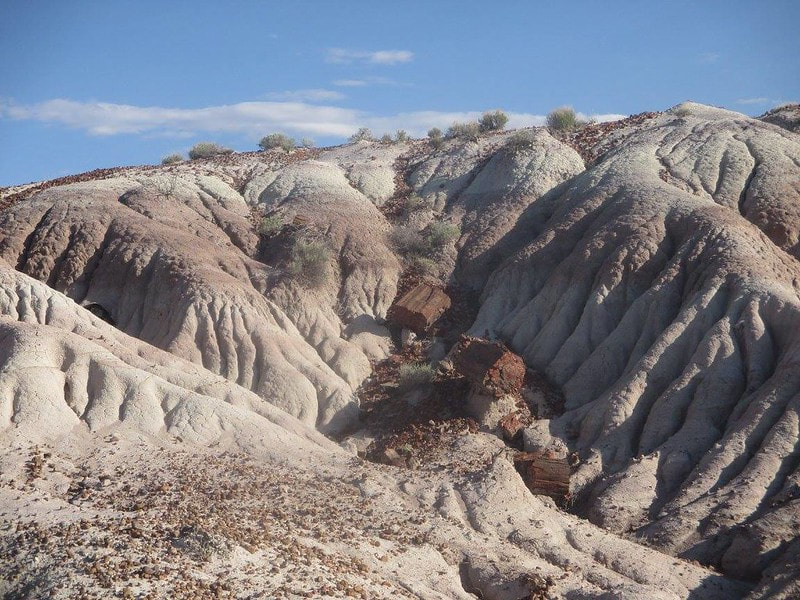 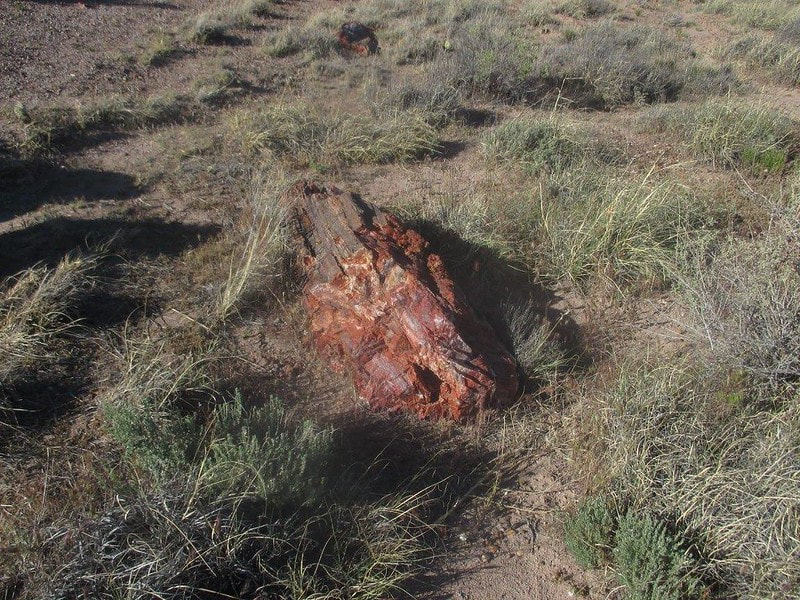 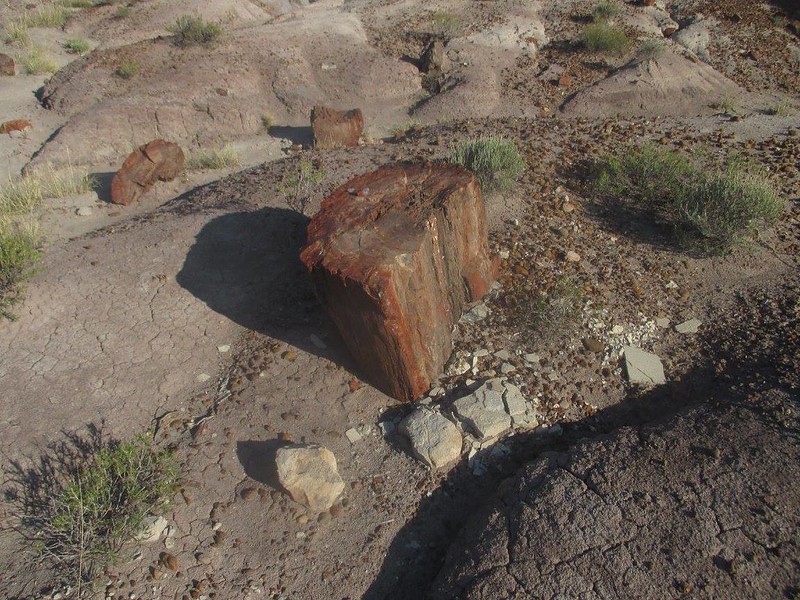 Jasper Forest is an area in Petrified Forest National Park with a whole bunch of different parts of petrified trees scattered around. 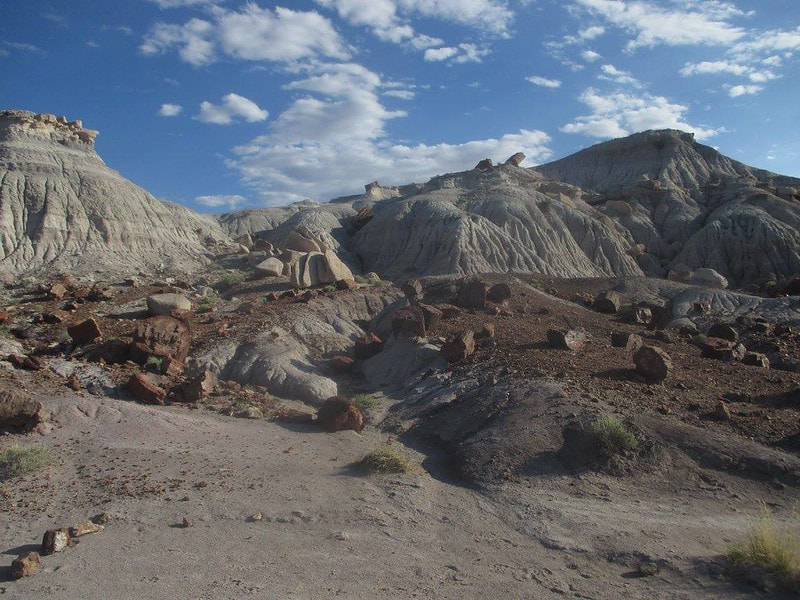 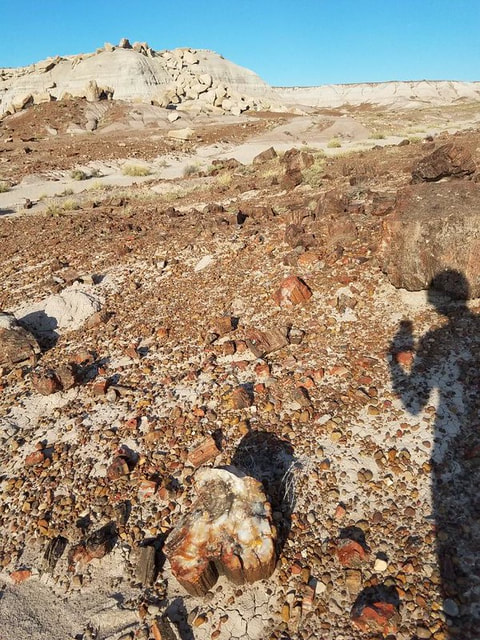 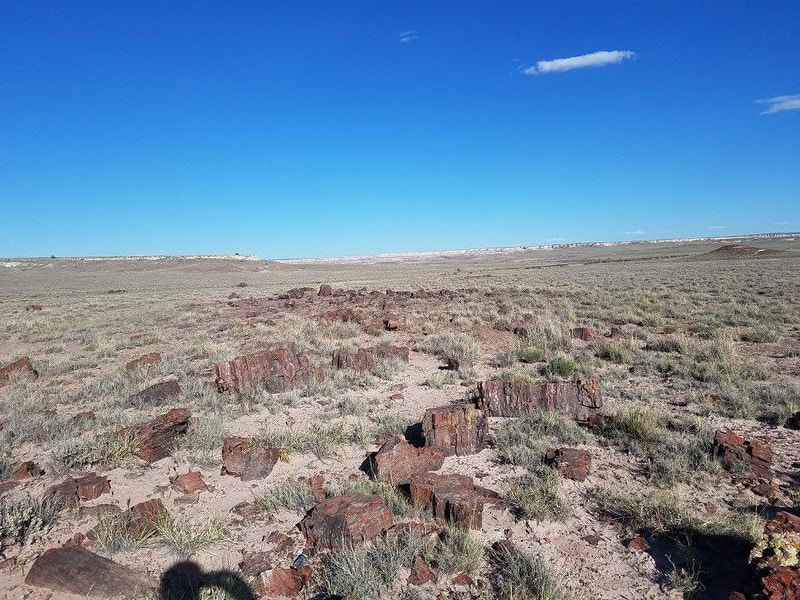 Here's a shot of some of the crazy colors on the petrified wood, up close: 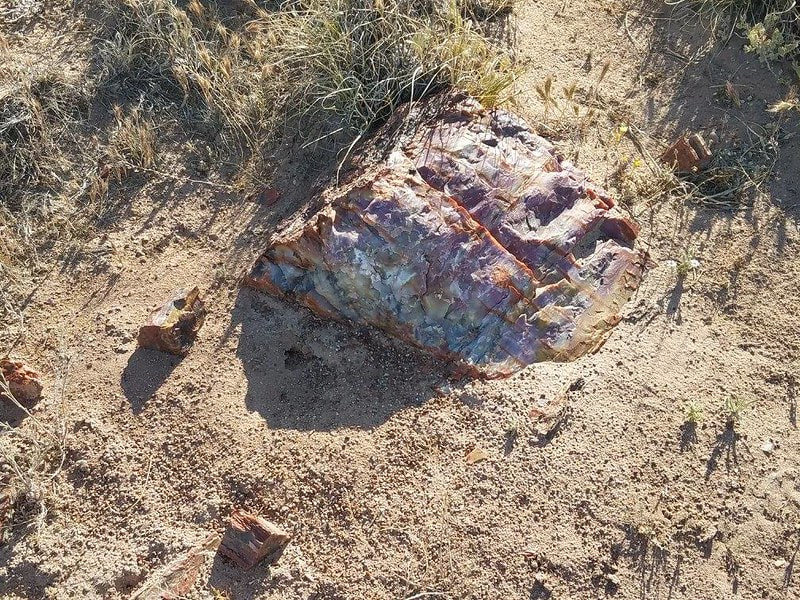 It's amazing how the different colors radiate inward. 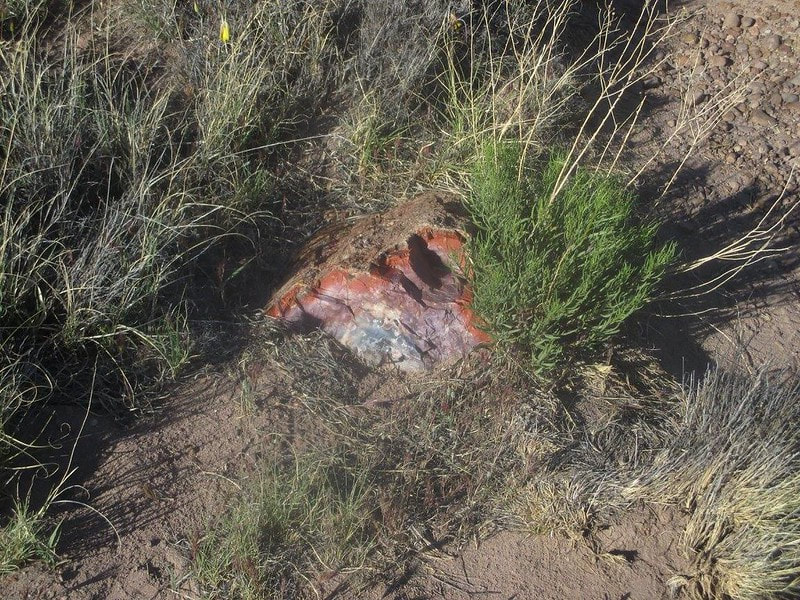