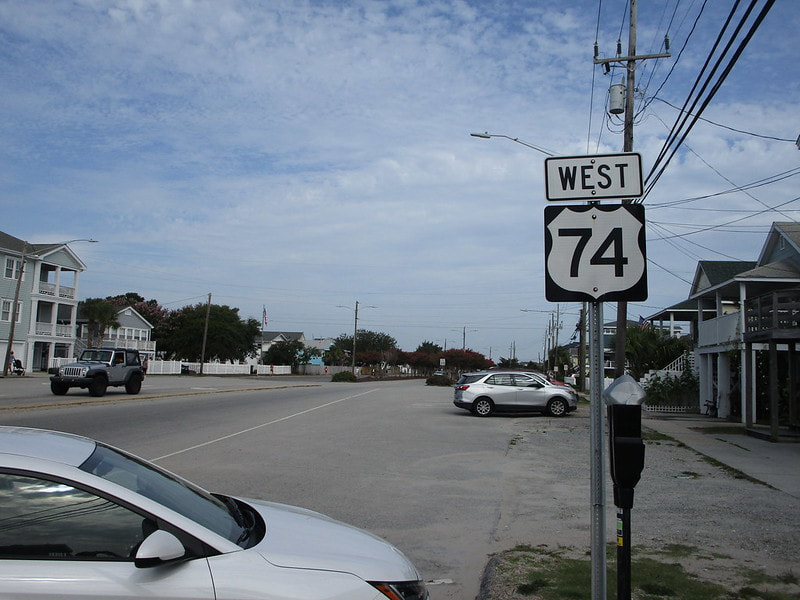 My photo of US Route 74 is a westbound trailblazer that fails to mention US Route 76, as both routes join together in Wrightsville Beach to cross their shared bridge westward into Wilmington, North Carolina.  This photo was taken in July 2019 during a vacation to the Wilmington area beaches. The mention of US Route 76 may be missing, making this a failure of a sign assembly, but at least the US Route 74 shield looked nice enough for me to photograph it for my collection.  The eastern end of US Route 74 is only a mile or so north of where I took this photo.
Back to the nationwide main page.
Back to the home page.