Illinois Route 129 is a short fragment of a route in southwestern Will County.  I honestly couldn't tell you a reason why it's still signed.  It runs from an incomplete interchange with Interstate 55 near Wilmington, south to Illinois Route 113 in Braidwood, across a set of railroad tracks from Illinois Route 53.  It can't really be used to get anywhere far away, since it's less than four miles long and its northern end can only access Interstate 55 to or from the northbound lanes. 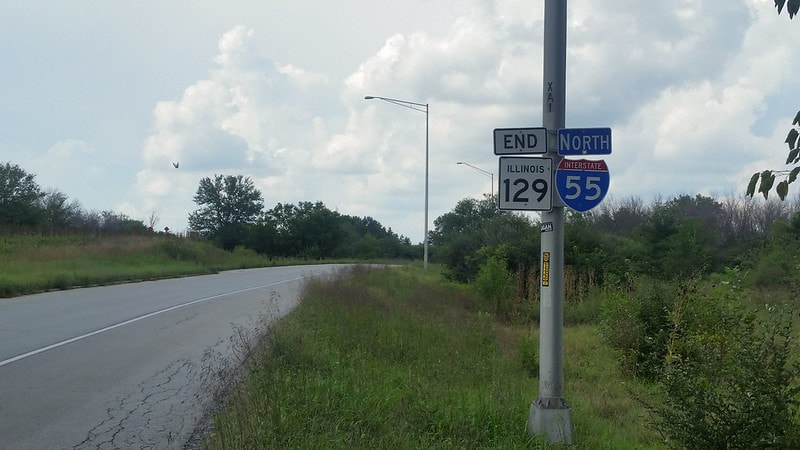 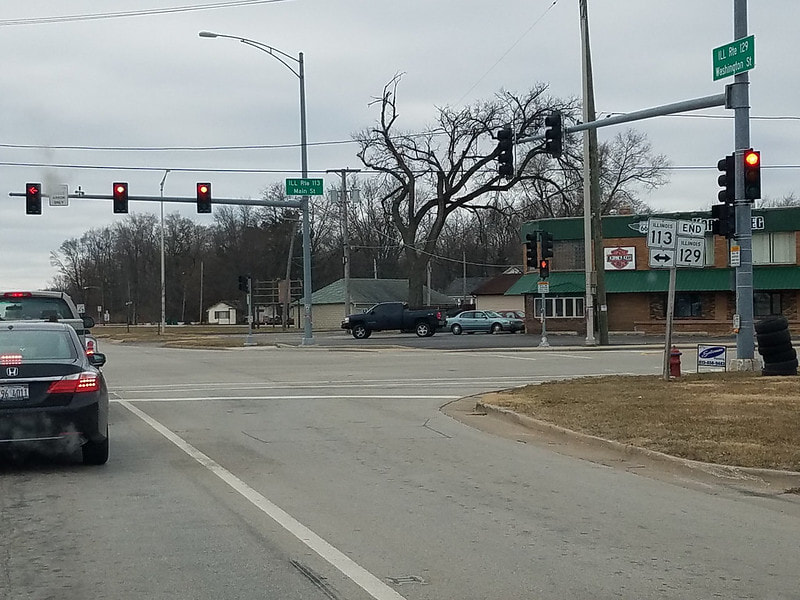