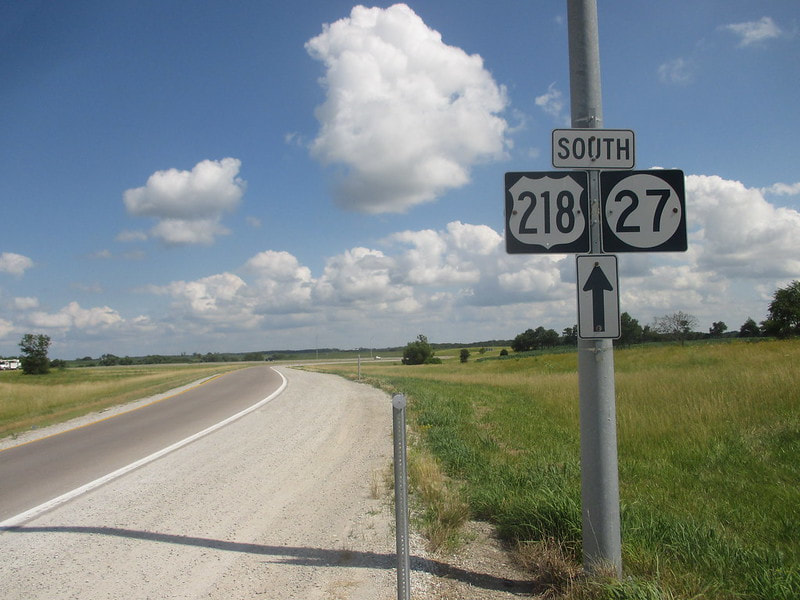 My photo of US Route 218 comes from a southbound onramp to the Avenue of the Saints from Iowa Route 92. This is part of an interchange east of Washington, Iowa.  In this area, US Route 218 is concurrent with Iowa Route 27, the numerical designation for the Avenue of the Saints that connects St. Paul, Minnesota, with St. Louis, Missouri. The signage here faces north at the start of the onramp. This photo was taken on the first day of the eastern Iowa trip that occurred between June 30 and July 1, 2017.
Back to the Iowa main page.
Back to the home page.