PAUL ACROSS AMERICA
US Route 69 is a north-south highway starting in southern Minnesota, running through central Iowa, northwestern Missouri, southeastern Kansas, eastern Oklahoma, and eastern Texas. The northern end is in Albert Lea, Minnesota, at Minnesota Highway 13, just south of Interstate 90.  The southern end is at Texas Highway 73 in Port Arthur, Texas, in the southeastern corner of the state.  The southernmost segment through Beaumont to Port Arthur is concurrent with US Route 96 and US Route 287.  US Route 69 closely parallels Interstate 35 through Iowa and northwestern Missouri, passing through Des Moines and Kansas City. South of Kansas City, US Route 69 is largely a freeway hugging the eastern border of Kansas.  US Route 69 passes through no major cities in eastern Oklahoma or eastern Texas, but it's an important north-south route to people in those areas. 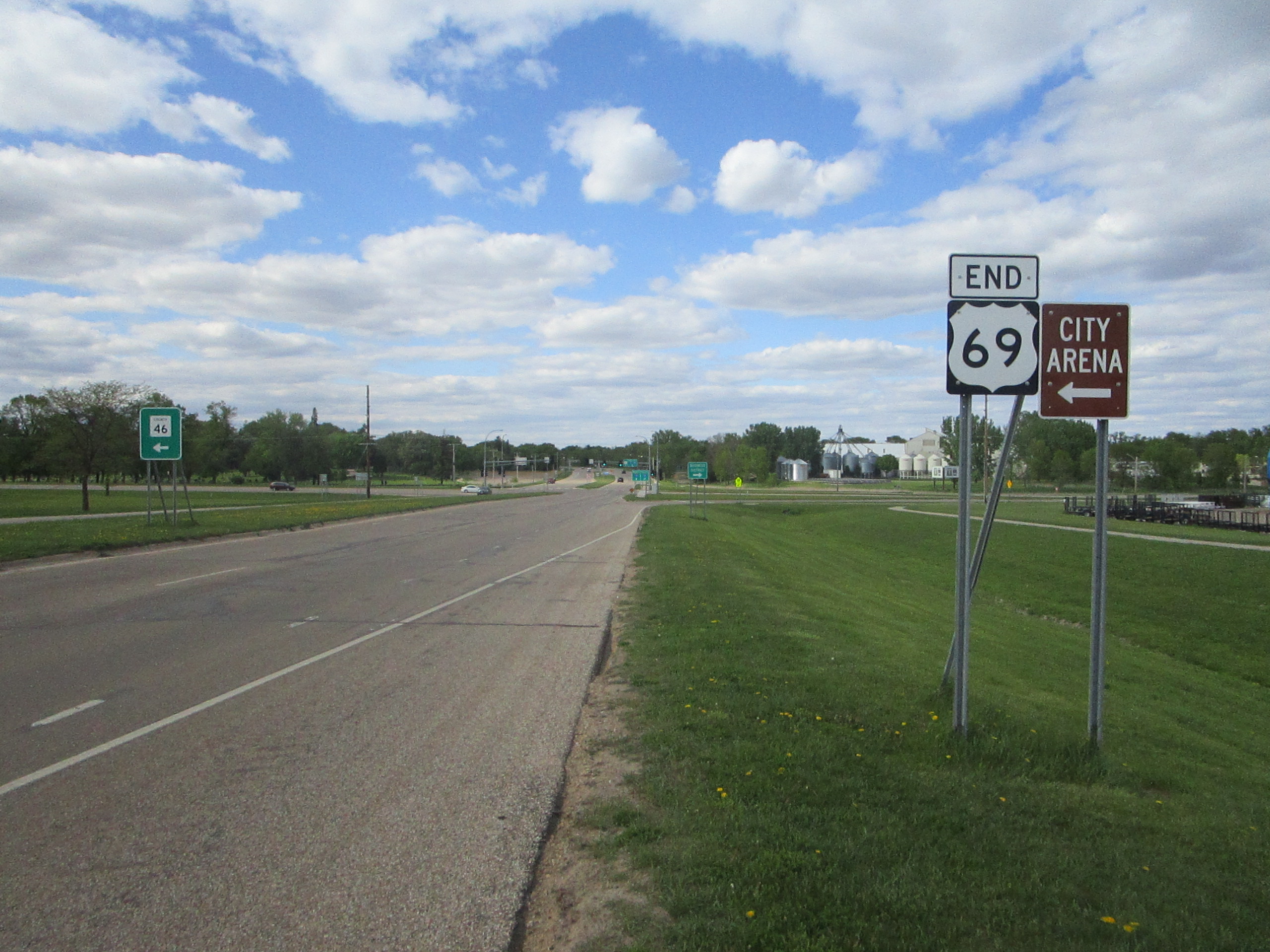 My photo of US Route 69 comes from the very northern end of the route in Albert Lea, Minnesota.  Minnesota Highway 13 is accessed by continuing north into the background, or by making a right turn at the intersection seen in the background.  The signage in the photo is indeed the northern end marker for US Route 69.  This photo was taken in May 2022, as part of a trip focused on northern Iowa with some slight forays into extreme southern Minnesota.  Oddly, AASHTO chose not to continue US Route 69 on a concurrency either easterly or northerly on Minnesota Highway 13; an extension in either direction would soon lead to a connection with an Interstate (90 or 35).