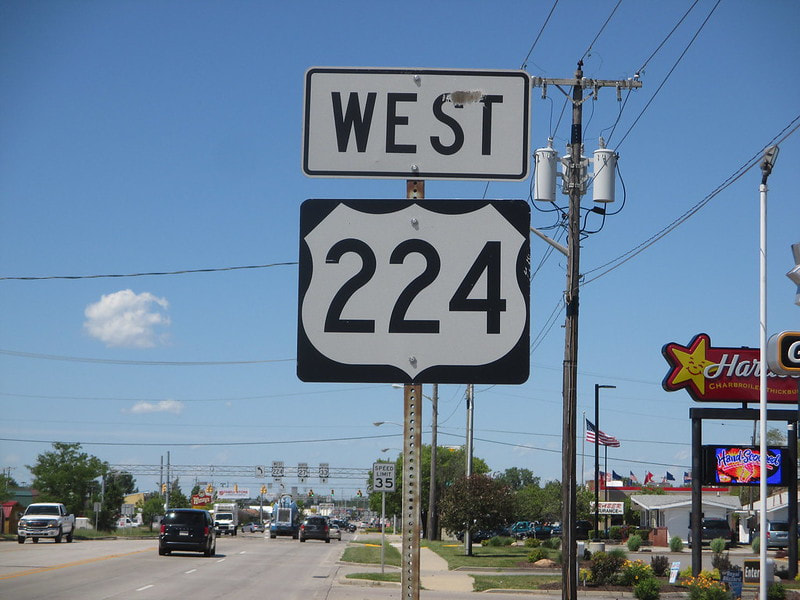 My photo for US Route 224 shows a sign assembly in Decatur, along its triplex with US Routes 27 and 33.  The signpost depicted here is actually visible in the background of my photo for US Route 33.  It faces south at northbound traffic to reassure them that they are following the right road if they want to be on US Route 224 west.  That northbound traffic just left the junction where US Route 224 joins US Routes 27 and 33 north for a short distance--you can see the end of the US Route 224 concurrency at the signal in the background.
Back to the Indiana main page.
Back to the home page.