For now, I'll just include a couple of photos.  But I will soon get some more photos from the Interstates in Iowa so I can provide full exit lists for everyone.  Those exit lists will have a photo for every exit.  In the meantime, enjoy a short reel of photos.

First of all, though, here is the photo showing where I got my shield image for Interstate 29.  It's a guide marker along Iowa Route 333 in Hamburg, Iowa! 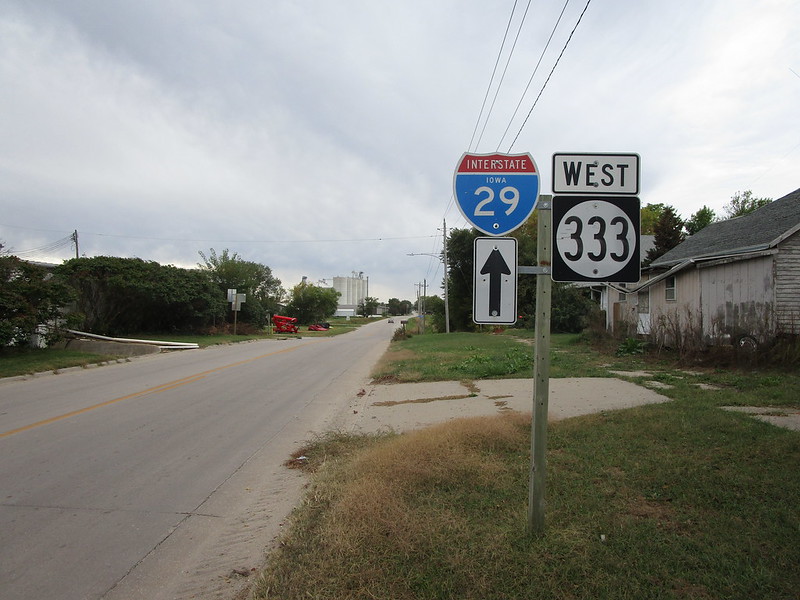