​For now, I'll just include a couple of photos of Interstate 235.  But I will soon get some more photos from the Interstates in Iowa so I can provide full exit lists for everyone.  Those exit lists will have a photo for every exit.  In the meantime, enjoy a short reel of photos.

First of all, though, here is the photo showing where I got my shield image for Interstate 235. The photo shows signage seen by travelers moving west on the portion of US Route 6 passing through an interchange with the north-south piece of Interstate 235. The first onramp that these travelers can access is off to the right just ahead, and it leads to Interstate 235 north.  As this interchange, north of downtown Des Moines, lies just south of Interstates 35 and 80, it's fitting to include a guide sign to those other nearby Interstate highways, too.  This photo was taken in September 2019, on the way home from my trip across northern Iowa (the outbound trip went across northern Iowa, and the return trip headed southeast to Des Moines). 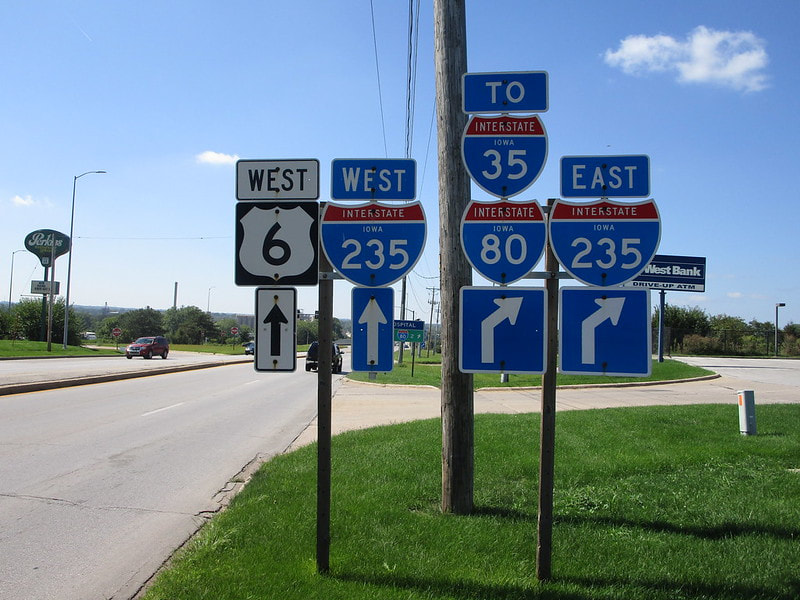