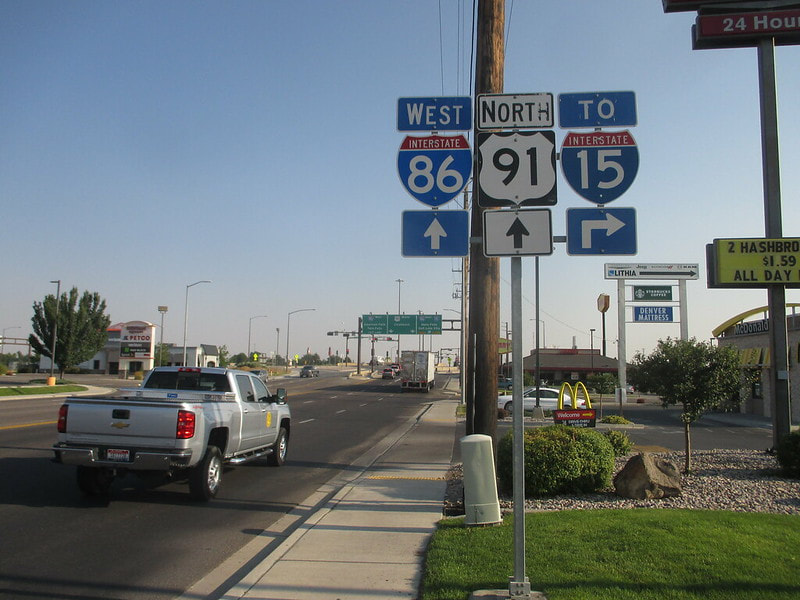 My photo for a route marker identifying the western Interstate 86 comes from Pocatello.  The image here shows signs facing south along US Route 91, which meets Interstate 86 at its first interchange west of its eastern end.  The aperture, and the traffic reading these signs, are facing north.  The signage is posted just south of the southern junction of this diverging diamond interchange. The "To Interstate 15" marker is included here, because the only reason someone would use the eastbound onramp here is because they would want to reach Interstate 15. I took this photo in August 2018, during the return trip of the great trek to the Pacific Ocean.
Back to the nationwide main page.
Back to the home page.