​​Michigan Highway 149, located in the vicinity of Manistique in the Upper Peninsula, is a spur north from US Route 2 to Palms Book State Park.  The north-south highway brings travelers right to the entrance of Palms Book State Park, and the northern end marker sits right where the entrance begins.  Palms Book State Park is home to Kitch-iti-Kipi, one of Michigan's most beautiful natural wonders.  Kitch-iti-Kipi is one of the largest natural springs in North America, spanning 200 feet in width.  Its strikingly blue, clear waters provide a breathtaking view straight down to the floor, forty feet below--not to mention the fallen timbers and the clearly visible trout swimming below. The southern end at US Route 2 is just west of Manistique, in a tiny town called Thompson, Michigan.  This whole situation is along the southern edge of the Upper Peninsula, east of Escanaba and the Peninsula's exact middle. 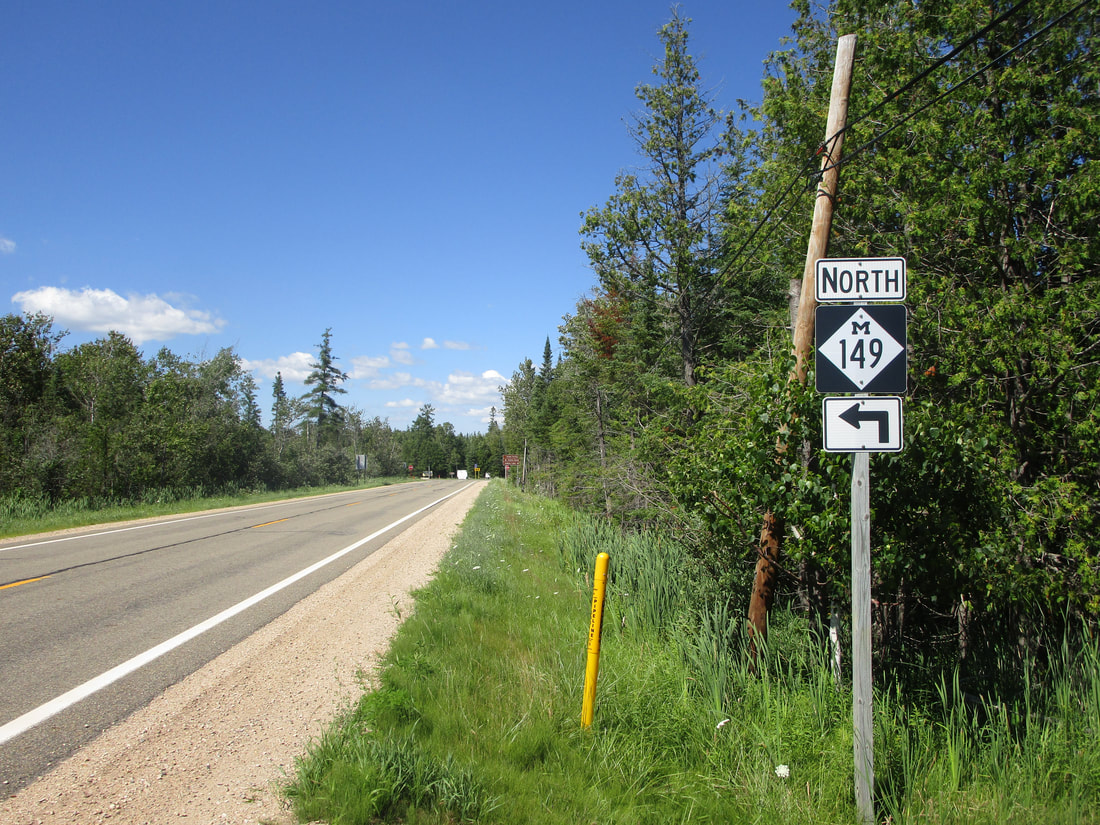