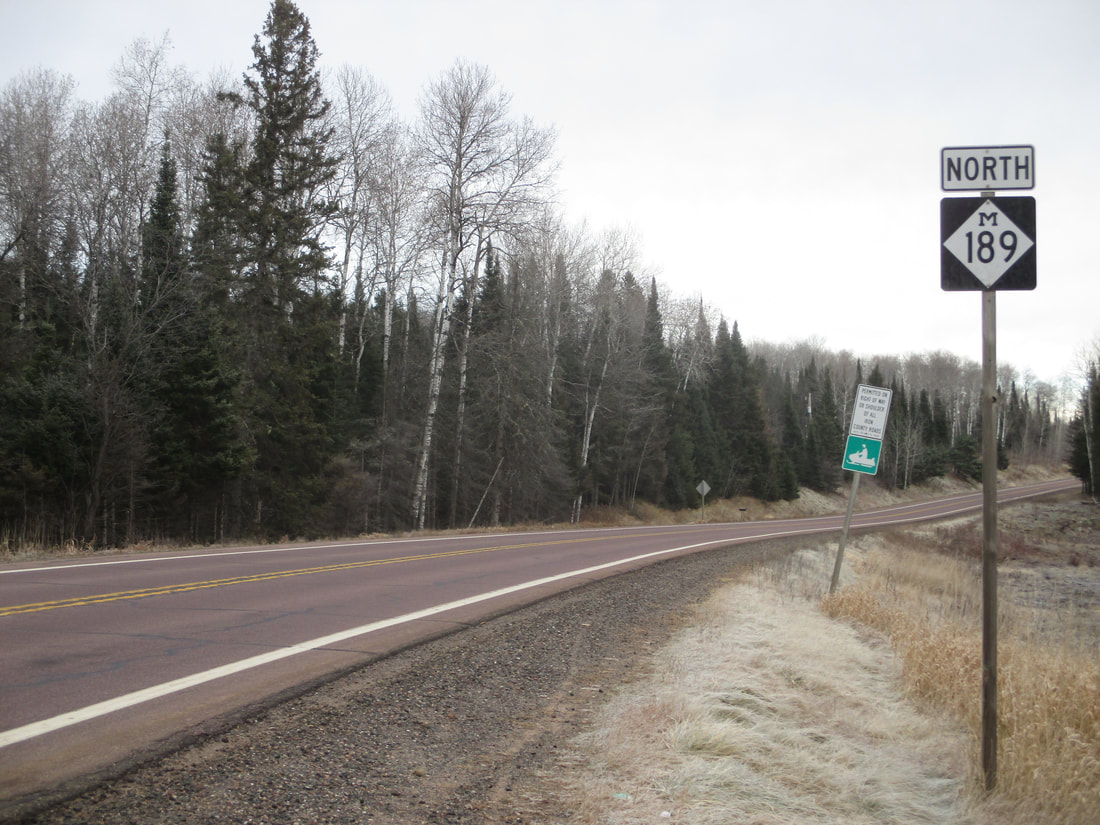 My photo of Michigan Highway 189 comes from its southern terminus, at the Wisconsin state line.  The signage depicted is the first  reassurance marker shown to northbound travelers who just crossed the border out of Wisconsin. This photo was taken in early December, 2017, as part of an impromptu trip mainly to northern Wisconsin; this weekend trip commenced because of unusually favorable weather, and included several slight forays into Upper Michigan.