Indiana State Route 11 runs north-south in two separate segments that both lie in south-central Indiana.  The northern segment begins in downtown Columbus and runs south through Seymour to end at Indiana State Route 250.  The southern segment is in deep southern Indiana, starting at Indiana Route 62 west of New Albany and zigzagging southwesterly to Indiana Route 135, at the northern approach to the Ohio River bridge leading into Brandenburg, Kentucky. 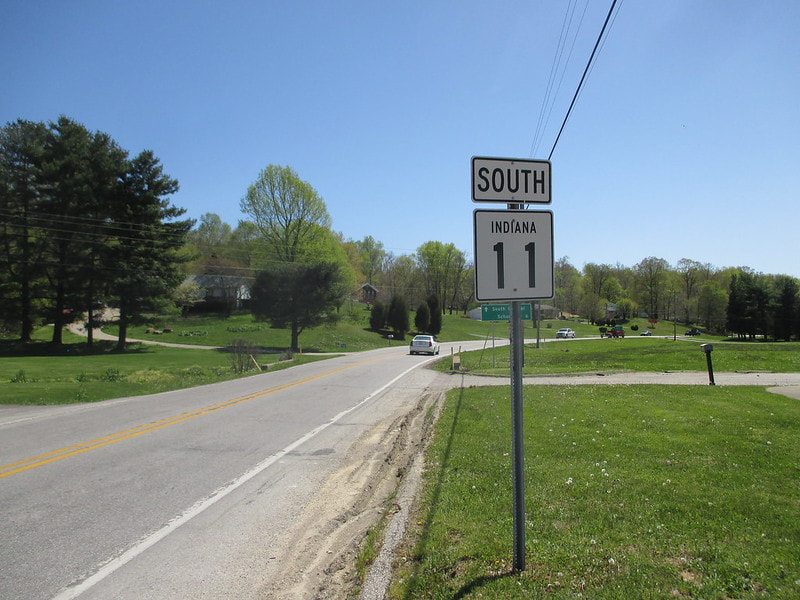 My photo of Indiana 11 is the southern trailblazer leaving the junction with Indiana 211, near the town of Elizabeth.  Note that the post is twisted to face away from the road, so my closeup shield image involved me standing more to the right of this photo's aperture. That's a much safer scenario than a post twisted the other way, prompting me to stand in live traffic to get a photo with the proper angle.  There are plenty of route markers you can photograph; choose ones that put you in a safe situation when operating the camera! The photo here was taken at the end of April, 2018.
Back to the Indiana main page.
Back to the home page.